The last round of LEGO Ideas review results from 2018 has arrived. Five project that achieved 10K supporters were reviewed, and the winner is making history. Ancient history, that is. 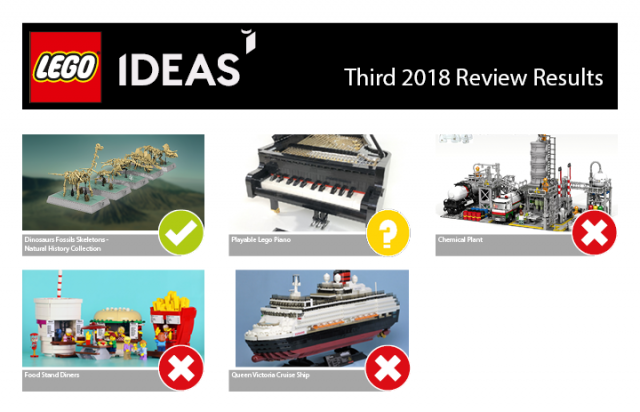 The Dinosaurs Fossil Skeleton- Natural History Collection will become an official LEGO Ideas set, which will be released later this year. The project was designed by Jonathan Brunn a.k.a. Mukkinn. 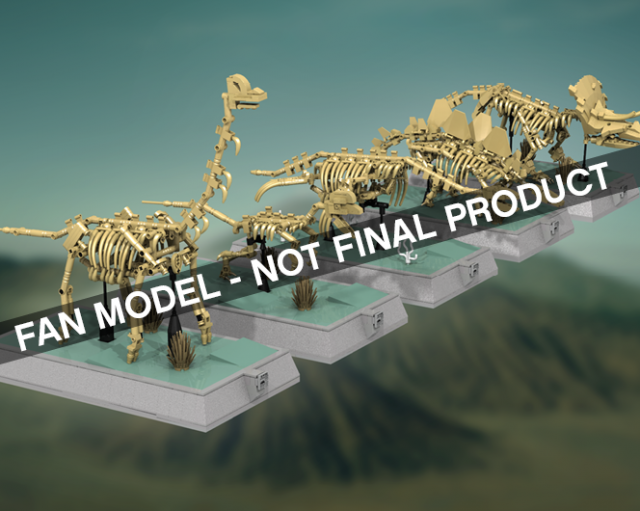 A second project, the Playable LEGO Piano is still under review, however, and still has a chance at joining the Dinosaur Fossil Skeleton as the last LEGO Ideas projects from 20182. The piano, built by Donny Chen a.k.a. SleepyCow, was said by the LEGO Ideas Review Board to be aan attention-grabber, but is still being evaluated due to its design complexity (much like the process Voltron went through). 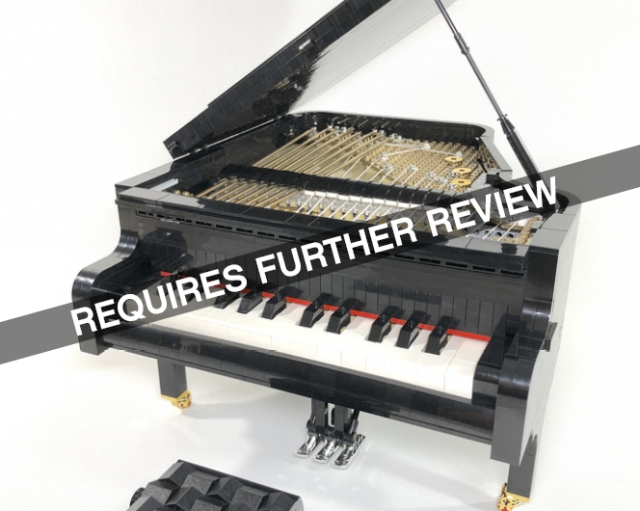