There have been many great LEGO creations from The Lord of the Rings and The Hobbit franchise over the years, including a recent epic collaboration which we were proud to feature here on TBB. The other ages mentioned in the book, however, tend to be overlooked. Well, there is a new collaborative project underway and Barthezz Brick has built an amazing model of the Númenórean ship-building port of Lond Daer. 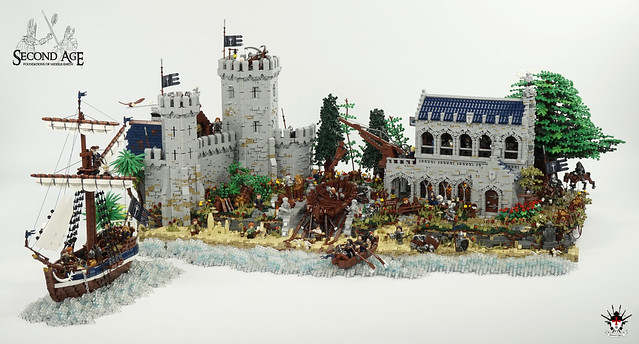 This model has so many details worth mentioning, including some very nicely built arrow slits in the tall tower in the back, which starts with a fairly common technique using cheese slopes but repeats the pattern in an interesting way. The buildings on the right also show a neat architectural design for the arched windows made from loosely connected plates, and this minifig neck bracket to attach tiles on top.

If you look closely, you can also spot many skilled workers engaged in creating different parts of the boats, like this figurehead carver. 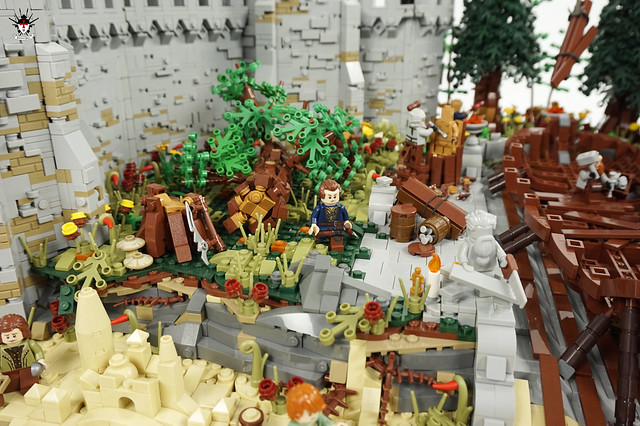 And while this scene may look peaceful, make no mistake, the Númenóreans of this busy scene are ready to defend themselves from any attackers if needed. 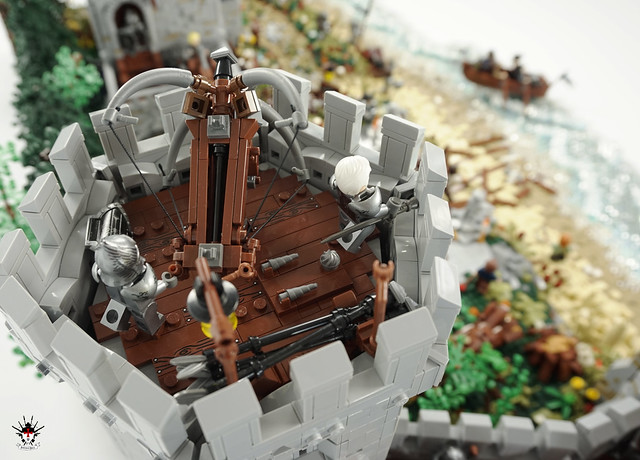