Every installment of the Star Wars movie franchise has brought a plethora of new spaceships and other vehicles which continue to inspire LEGO builders around the world. In addition to the movies, the six seasons of the Star Wars: The Clone Wars animated series also introduced many more. One of the more distinctive fighters to emerge was the v-19 Torrent. This LEGO creation by Thomas Jenkins shows off some of the features of this highly maneuverable 1 man fighter. 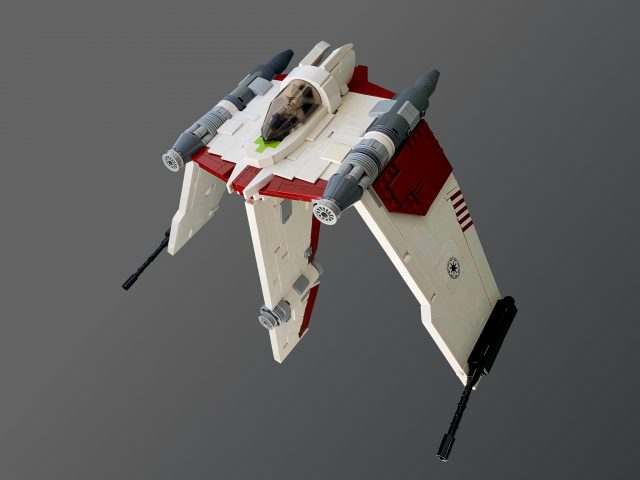 Inspired by the F4U Corsair, the V-19 Torrent was designed for vertical landing and take-off, with the folded wings allowing more fighters to fit in the hanger of the Venator class star destroyers used by the Galactic Republic during the Clone Wars. Thomas has very skillfully recreated the clean angles using a number of angled slopes and Technic lift arms. 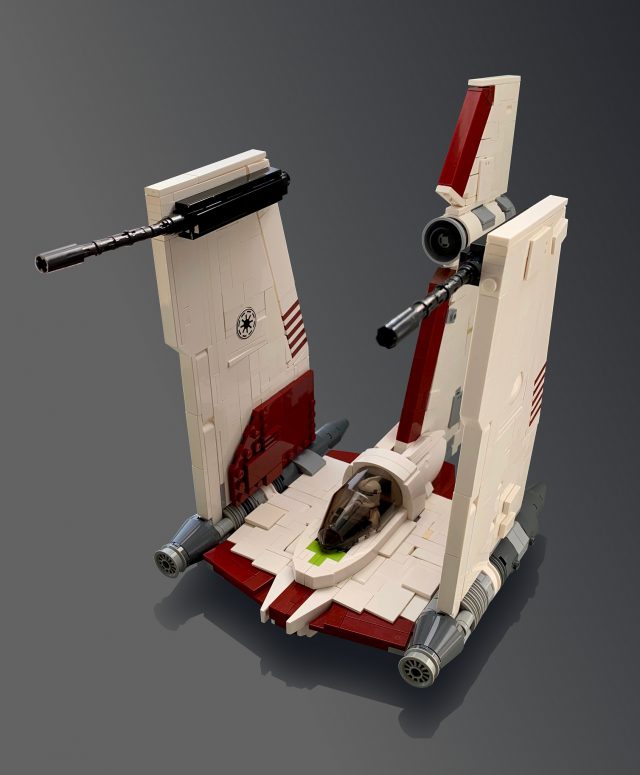