WWI-era aircraft generally don’t receive as much attention from LEGO builders as their modern (or futuristic) descendents. Wesley makes a worthy attempt to redress the balance with this wonderful Fokker Eindecker, an early German fighter plane, one of the most advanced aircraft of its day. The model is nicely put-together, with some great angles in the undercarriage struts, a well-shaped fuselage, and good use of string which always adds a classic vintage aircraft feel. But it’s the photography which really sets this creation apart — the addition of a couple of simple background elements makes for an effective backdrop, and the low camera angle is a great choice. It’s nice to see Wesley yet again present a LEGO aircraft model in something different from the standard three-quarter view high-angle “flying” shot. 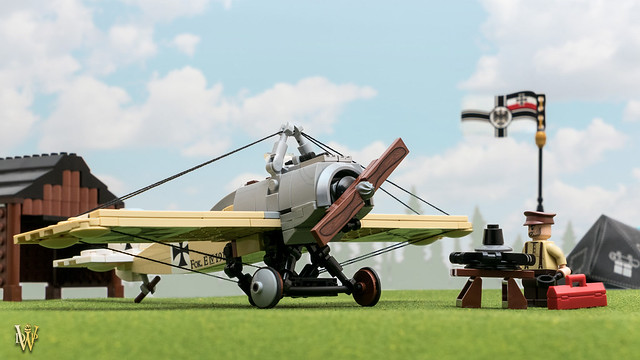 Be sure to check out Wesley’s other fantastic WWI aircraft we’ve highlighted.