The original Death Star was designed with a fatal flaw — that tiny exhaust port right below the main port. With the second Death Star, the Empire corrected this flaw by making the exhaust port…bigger? Indeed, it was big enough for Lando to fly the Millennium Falcon right to the main reactor, and this stunning re-creation of the second Death Star’s final moments from Return of the Jedi by Didier Burtin closely resembles its on-screen inspiration. From the varied shades of gray and splashes of red that pull off the partially constructed look, to those red scaffolding pipes circling the opening, this scene makes us want to fly into the Death Star ourselves! 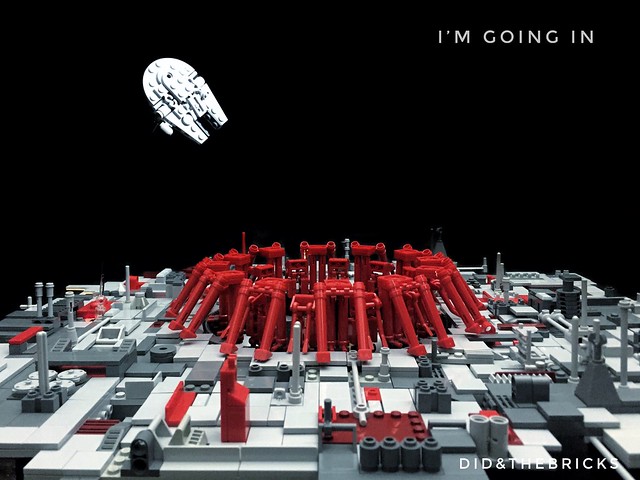 This is the second in a series of models by Didier featuring a microscale version of the fastest hunk of junk in the galaxy, the first being a stunning shot of the Falcon attached to the back of a Star Destroyer from the Empire Strikes Back.

3 comments on “I’ll bring her back in one piece... mostly”