In 2018, the team at The Brothers Brick reviewed over 120 LEGO sets. For Collectible Minifigures, we’ll remember this year as the year that LEGO introduced “chaser” minifigures – having only one special figure in a box of 60. From the Technic range, the largest set ever was unleashed. In the classic System theme, the largest set this year trumps nearly all other sets that came before, coming in as the second-largest set of all time, just behind the UCS Millennium Falcon. LEGO IDEAS made headlines yet again this year, proving that LEGO has a winning theme on their hands, but only 2 of them made it into the Top 10 out of the four released. 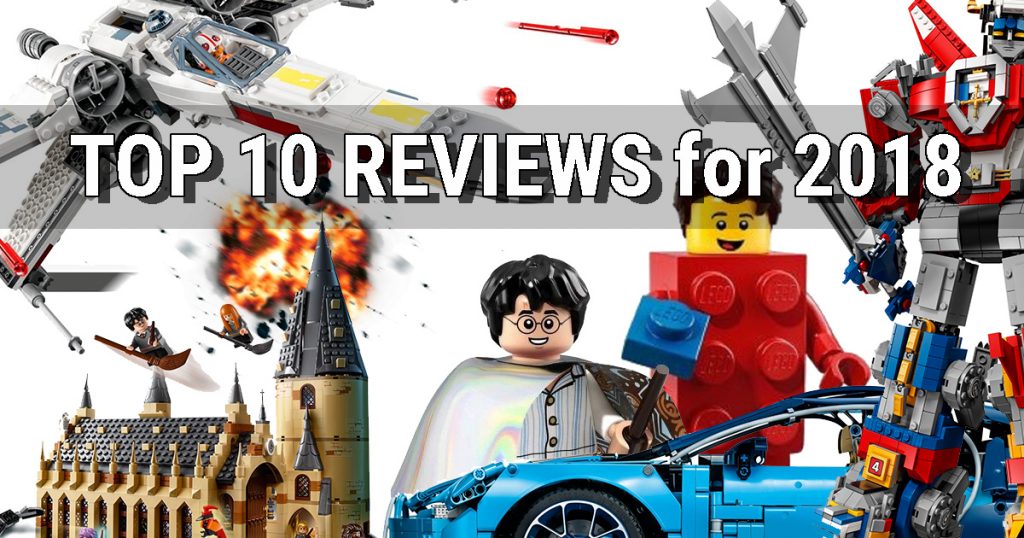 Curious to find out which ones made it? Which Technic sets made the cut? How well did the Collectible Minifigures do? Dive right in as we take a moment to look at the Top 10 most popular reviews featured on The Brothers Brick website.

Coming in at number 10, The LEGO Ideas Pop-Up Book is something that broke away from the typical LEGO mold and proves yet again that great ideas can pay off. Literally taking a page out of a (pop-up) book and transposing it into a LEGO set gives it a truly unique mode of play. The clever design makes it a wonderful and must-have collectible for any LEGO fan of all ages.

Retails for 69.99 USD on the LEGO Shop Online or Amazon

The X-wing without a doubt is the most recognizable weapon that menaces the evil Galactic Empire. It is also loved  amongst Star Wars fans, including myself. Since LEGO started featuring X-Wings, this is the 9th iteration and one of the best, next only to the UCS (Ultimate Collector Series) versions. Coming in at number 9 validates that this is still a favorite amongst Star Wars fan from all generations.

Retails for 79.99 USD on the LEGO Shop Online or Amazon

Everyone loves a supercar – and if you can’t afford the real thing at a cool $3 million a pop, we’ve got the next best thing in the ultimate build with the LEGO Technic Bugatti Chiron at a fraction of the price. Being the third-largest Technic set ever released, you can imagine the detail and effort needed to make this dream car come alive. It’s a winner for LEGO Technic fans, coming in at Number #8 in our list.

Retails for 349.99 USD on the LEGO Shop Online or Amazon

If there was one memorable theme that stands out in 2018, it has to be the year of the young wizard Harry Potter. The Hogwarts Great Hall comes in at number 7. The Great Hall is a majestic place from the movie and to have it recreated with almost 900 bricks and 10 minifigures, there’s very little not to love about this miniaturized magical place. 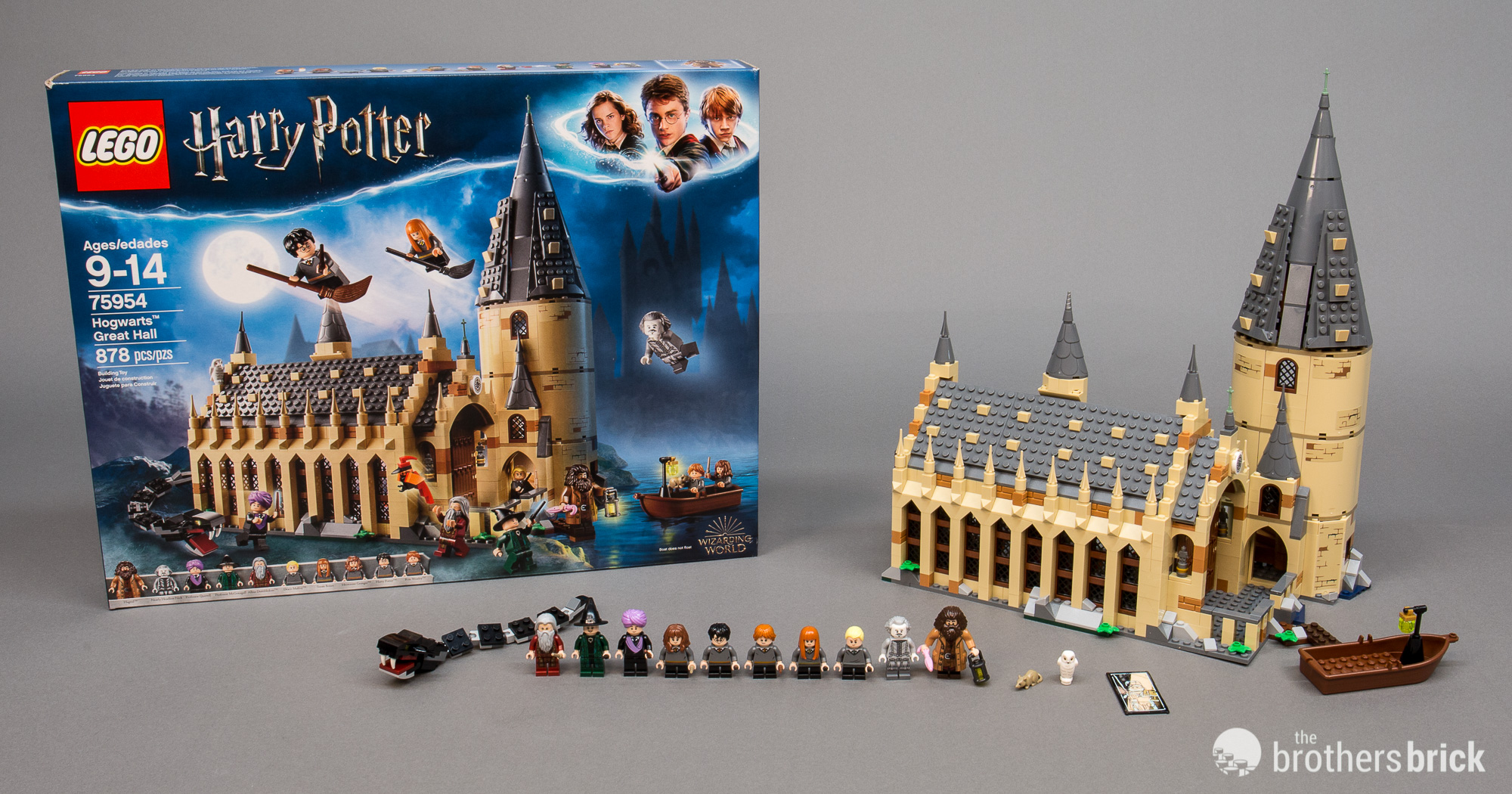 Retails for 99.99 USD on the LEGO Shop Online or Amazon

The second LEGO Ideas set to make it into the final Top 10 is LEGO Voltron. Once again, LEGO proves that listening to the fans can make a difference. Playing the nostalgic card and pulling on the heartstrings of adult fans of LEGO made us all open up our wallets. LEGO Voltron set another record by making it the largest LEGO Ideas set ever to be released, with over 2300 pieces. 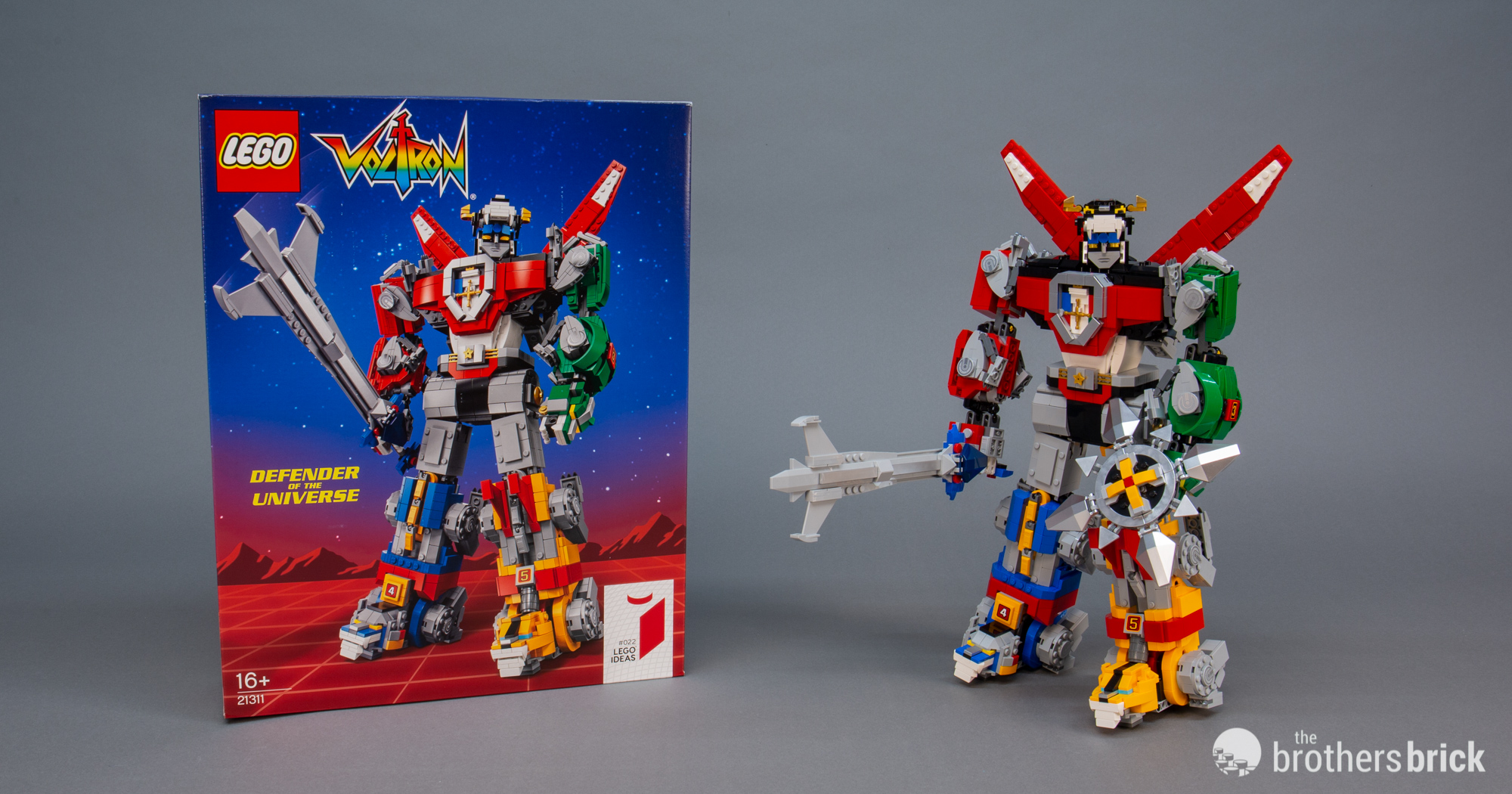 Retails for 179.99 n the LEGO Shop Online or Amazon

At number 5, we have LEGO’s own homegrown theme, Ninjago. It adds an extension to last year’s Ninjago City. It almost seems like the Ninjago City sub-theme is taking a leaf out of the successful playbook of the Modular series, with an expandable city meant to be built adjoining to each other. Fans certainly voted with their love for this unique architecture and design.

Retails for $229.99 USD on the LEGO Shop Online or Amazon

Collectible Minifigures (CMF) have always been a hit, so this is not exactly a surprise. The previous CMF series typically featured just one character in a costume that would typically be the prized figure in the case. For this particular series, LEGO went all out and made every character a costumed figure and included a “chaser” figure, the re-issue of the classic 1978 policeman, which was the first ever minifigure released. Love ’em or hate ’em, you know you’ve got to have them to complete your CMF collection.

In third place, we have the Rough Terrain Crane which is to date, the largest set ever released by LEGO for the Technic series, breaking the 4000 pieces barrier. Technic fans must have rejoiced and pored over the details of our review. This monster having loads of details and function makes it an easy favorite. 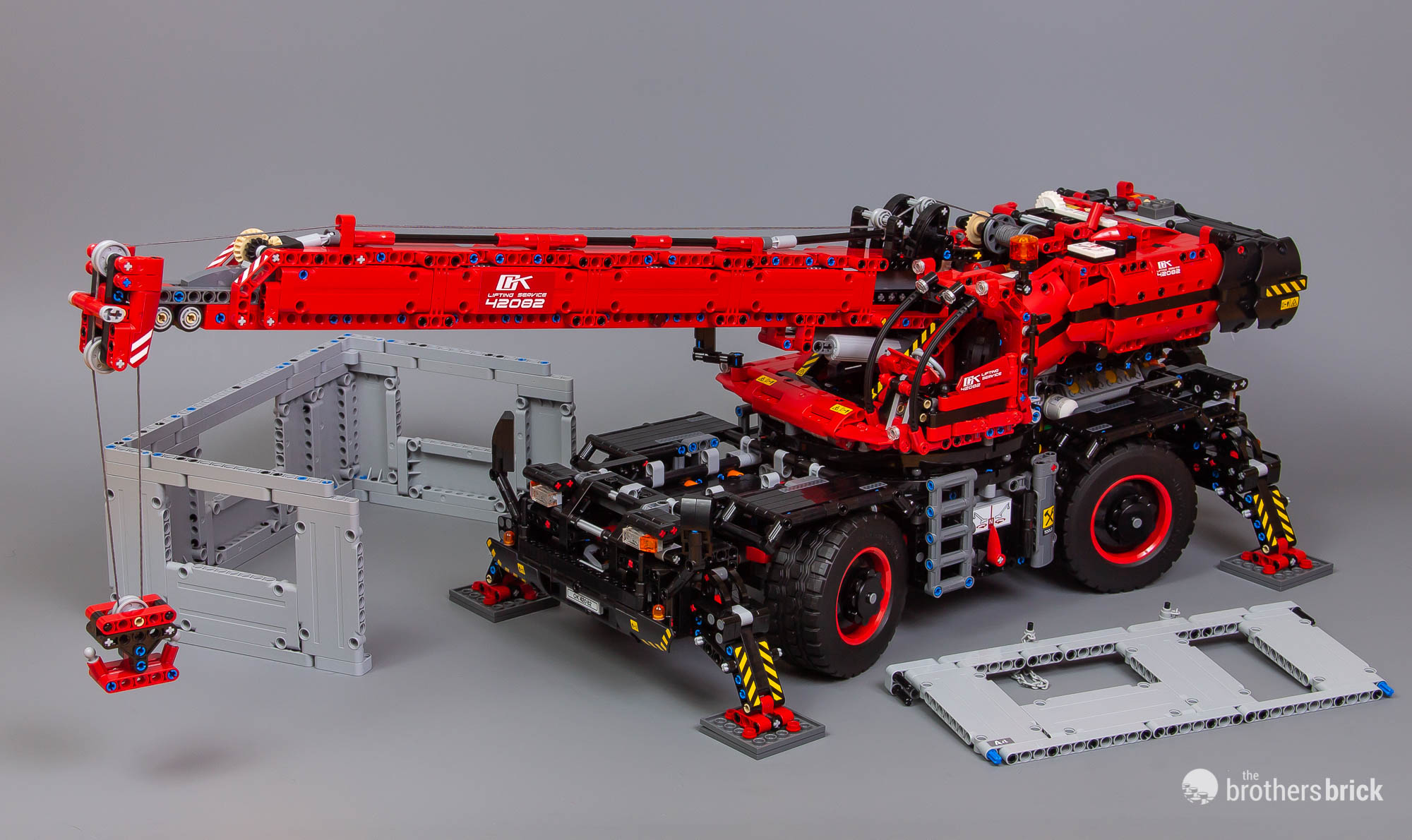 At number 2 is the largest set released in 2018 and it’s none other than the Hogwarts Castle from Harry Potter. Its part count is only overshadowed by 2017’s 75192 UCS Millennium Falcon. Just as magical in the movie, this castle is uniquely sized to host micro-scaled figures instead of the regular Minifigure-scale builds we’re used to for typical sets. A must-have for any Harry Potter fan to own this masterpiece of a castle. 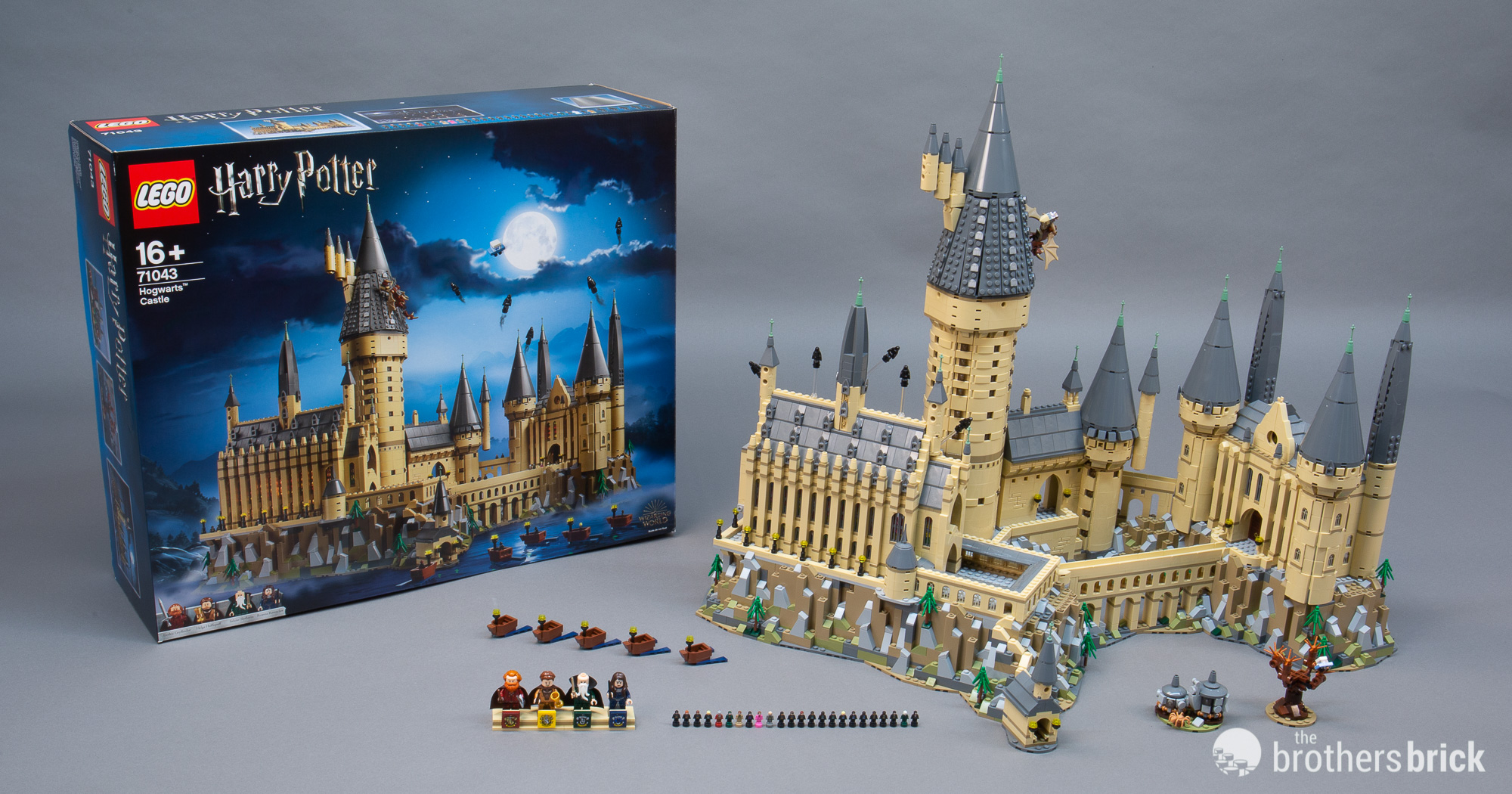 Retails for $399.99 USD on the LEGO Shop Online or Amazon

(Drumroll…) …and coming in at first place are the Collectible Minifigures of Harry Potter and Fantastic Beasts. With Harry Potter-related LEGO sets taking three of our Top 10 spots, you can bet LEGO knows they’ve got a golden goose franchise in their hands. The newly introduced chaser figure of Percival Graves (1 in a box of 60) definitely pumped up the hype just like it did for the Series 18 Collectible Policeman – having said that, it is both fun, but yet a bane to collectors. With the introduction of new “teen” legs that are bendable and paired with new wands introduced earlier in sets, it makes this series a must-have in your collection. 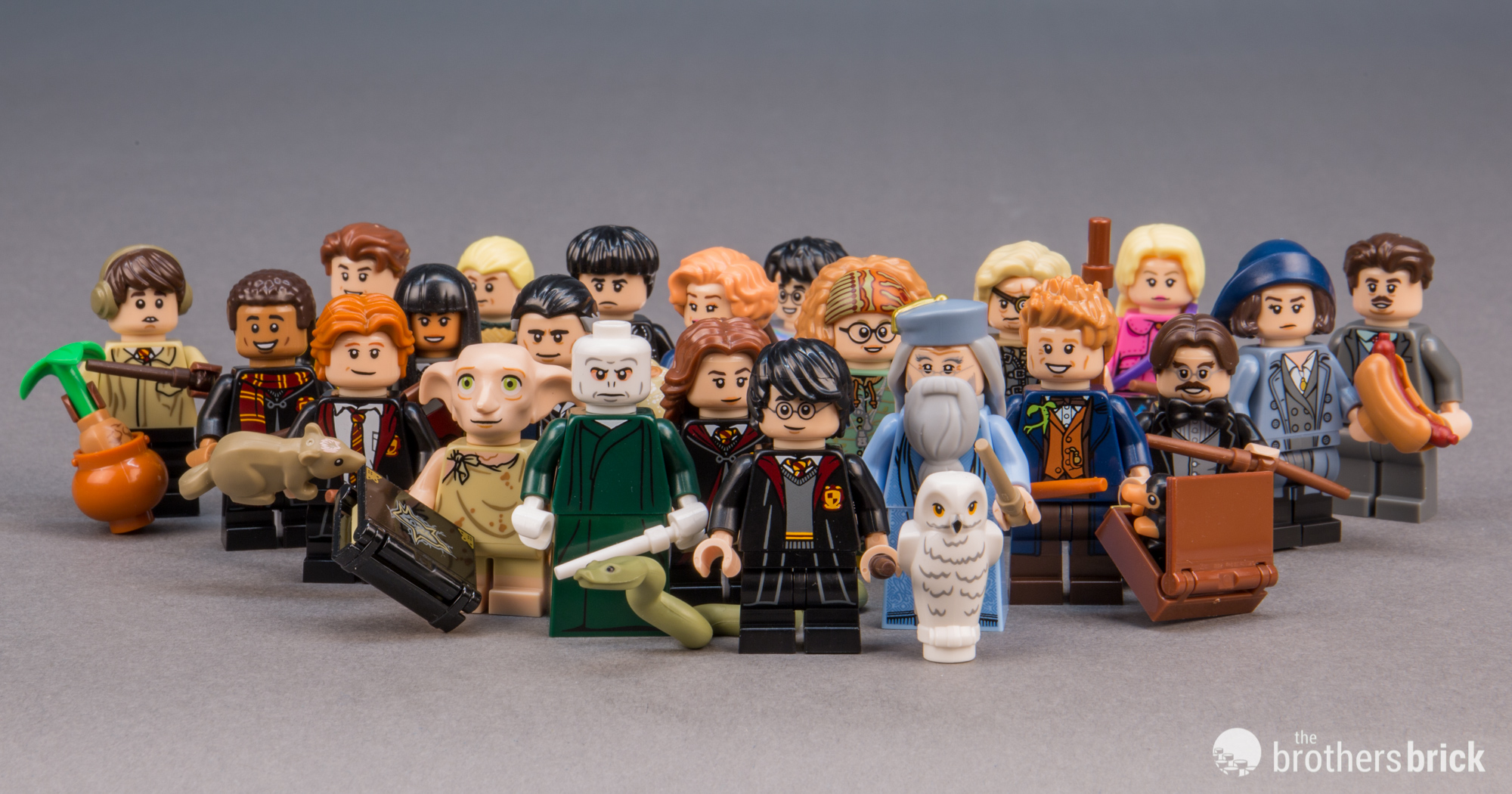 So there you have it, the rundown for 2018 sets that generated the largest amount of traffic on The Brothers Brick’s humble servers. It’s been a great year full of surprises as usual and in the trend of having large sets dominate the top 10 – will this trend continue? Let’s hope LEGO has it all already planned out and ready to roll for 2019! From the team at The Brothers Brick, thank you for your support in 2018 and hope to see you back again in the new year!