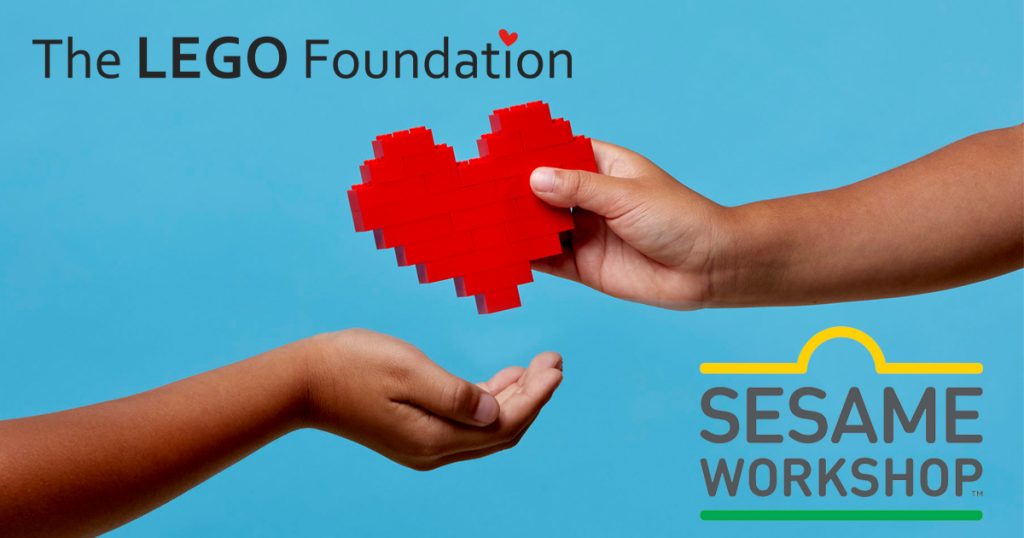 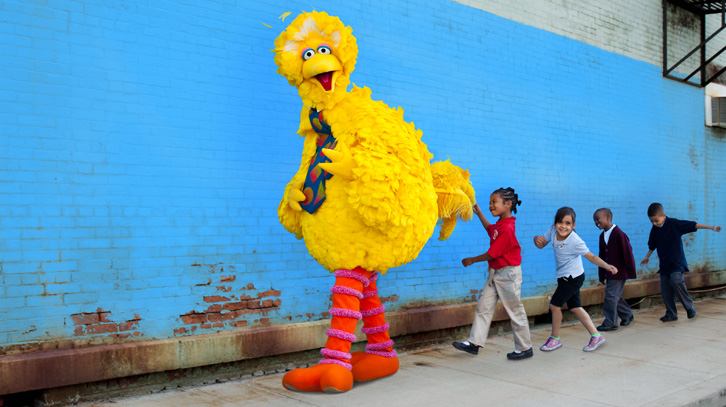 Billund, Denmark – 5 December 2018 – Today, the LEGO Foundation announced that it is awarding a $100 million grant to Sesame Workshop to ensure that young children affected by the Rohingya and Syrian crises have opportunities to learn through play and develop the skills needed for the future. Working in partnership with BRAC, the International Rescue Committee (IRC) and New York University’s Global TIES for Children, Sesame Workshop will reach children affected by crises in Bangladesh and the Syrian response region with early childhood and play-based learning opportunities.

The $100 million grant from the LEGO Foundation will benefit some of the world’s most vulnerable children and call attention to the critical importance of learning through play to set them on a path of healthy growth and development.  The LEGO Foundation is the first to step up and meet the John D. and Catherine T. MacArthur Foundation’s call for the bold philanthropy needed to transform the way the humanitarian system serves children affected by crisis in early childhood.

The scale of the global refugee crisis is staggering—today, 68.5 million people are displaced worldwide. Among them are 25 million refugees, half of whom are children. As refugees experience displacement for an average of 10 years, millions of children are spending a significant part of their childhoods without access to adequate early childhood development opportunities. Adverse experiences like displacement can affect young children’s developing brains, with lasting effects on health and wellbeing. Engaging in play-based activities with responsive caregivers can help mitigate the detrimental, long term effects of displacement and trauma, ultimately giving children affected by conflict the skills they need to thrive into adulthood and rebuild their communities.

“This partnership marks the first step of the LEGO Foundation’s commitment to work within the humanitarian field to support children’s holistic development that incorporates learning through play. We hope to inspire other funders, humanitarian actors, world leaders and governments to act and urgently prioritise support for play-based early childhood development for children in humanitarian crises—a vastly overlooked but vital component in the progress of humanitarian aid. We hope that young children impacted by these crises will have opportunities to benefit from learning through play and also develop the skills needed for them to thrive in the future,” says Thomas Kirk Kristiansen,

Less than 3% of the global humanitarian aid budget is currently dedicated to education with only a small fraction benefitting young children, despite clear evidence that early childhood interventions have immediate and long-term benefits for both children and their communities. The LEGO Foundation is committed to making a difference for children affected by conflict and displacement, to ensure a better tomorrow for all future generations.

“Research shows that not only is play vital for children’s psychological, emotional and cognitive health and development, but it also hones the resilience they need to overcome adversity and build their futures. Early adverse experiences negatively affect the development of brain architecture, which provides the foundation for all future learning, behavior and health. By providing play-based learning to children in crisis, we can help mitigate the detrimental, long term effects of displacement and trauma, ultimately giving a generation of refugee children a path forward,” says John Goodwin, CEO of the LEGO Foundation.

Sesame Workshop will use the $100 million grant to implement quality, play-based early childhood interventions, working in partnership with BRAC and IRC. This includes the following areas:

New Sesame videos, storybooks, games, puzzles, and more featuring the beloved Muppets of Sesame Street will be created to foster engagement between children and their caregivers, nurture developmental needs, and build resilience for children ages 0 to 6.

The new program will also deepen the play-based learning aspects of the existing Sesame Workshop-IRC program that serves children and families affected by the Syrian conflict, including support for caregivers to better engage in playful learning with their children.

Much of the new content will use animated and nonverbal formats, so that it can be used to address the needs of displaced children no matter where they live or what language they speak.

“With the LEGO Foundation’s extraordinary award, Sesame Workshop and our partners have an unprecedented opportunity to reach and teach some of the world’s most vulnerable children by harnessing the power of learning through play,” said Jeffrey D. Dunn, President & CEO of Sesame Workshop. “The global refugee crisis is the humanitarian issue of our time, and we are deeply humbled by the trust the LEGO Foundation has placed in us to uplift the lives of children affected by conflict. Together with our partners at BRAC, the IRC, and NYU, we can forge a legacy for children worldwide affected by displacement, today and for generations to come.”

NYU’s Global TIES for Children has been selected as the independent evaluation partner for the program and will implement an evidence-based research and evaluation program, which will deepen understanding around play-based early childhood interventions in humanitarian contexts.

Sesame Workshop will receive the $100 million grant over a 5-year period, with funds released as established milestones are met.

About the LEGO Foundation

Sesame Workshop is the nonprofit media and educational organization behind Sesame Street, the pioneering television show that has been reaching and teaching children since 1969. Today, Sesame Workshop is an innovative force for change, with a mission to help kids everywhere grow smarter, stronger, and kinder. We’re present in more than 150 countries, serving vulnerable children through a wide range of media, formal education, and philanthropically-funded social impact programs, each grounded in rigorous research and tailored to the needs and cultures of the communities we serve. For more information, please visit sesameworkshop.org.

BRAC is a global leader in developing cost-effective, evidence-based programmes, and has been ranked the #1 NGO in the world for the last three years consecutively by NGO Advisor. BRAC’s vision is a world free from all forms of exploitation and discrimination where everyone has the opportunity to realise their potential. Founded in Bangladesh in 1972, BRAC acts as a catalyst, creating opportunities for people to transform their lives. BRAC uses an integrated model to change systems of inequity, through social development programmes, humanitarian response, social enterprises, socially responsible investments and a university. The organisation has an annual expenditure of more than USD 1.1 billion, with the majority self-financed from its enterprises, and operates in conflict-prone and post-disaster settings in 11 countries across Asia and Africa.

The International Rescue Committee responds to the world’s worst humanitarian crises, helping to restore health, safety, education, economic wellbeing, and power to people devastated by conflict and disaster. Founded in 1933 at the call of Albert Einstein, the IRC is at work in over 40 countries and 28 offices across the U.S. helping people to survive, reclaim control of their future, and strengthen their communities. Learn more at www.rescue.org and follow the IRC on Twitter & Facebook.

Founded in 2014, New York University’s Global TIES for Children is an international research center dedicated to designing, evaluating and advising on programs and policies that improve the lives of children and youth in the most vulnerable regions across the globe. Embedded within NYU’s Institute of Human Development and Social Change, and supported by NYU Abu Dhabi and the NYU Abu Dhabi Research Institute, Global TIES for Children works with some of the world’s leading non-governmental organizations and governments in low-income and conflict-affected countries to develop and evaluate innovative approaches to promoting the holistic development of children and their communities. Learn more at https://steinhardt.nyu.edu/ihdsc/global-ties.