Coming on the heels of the nineteen new sets based on The Lego Movie 2 revealed today, the full trailer for the film has now been released. We are getting a good look at the mess that Bricksburg has become in the five years since the first movie premiered, and it seems that the Duplo invaders have left the city in ruins, only to be invaded again by strange creatures from the Systar system. “The LEGO Movie 2: The Second Part” opens nationwide on Friday, February 8, 2019.

The film’s voice talents feature the original cast including Chris Pratt as Emmet (and the new Rex Dangervest), Elizabeth Banks as Lucy (aka Wyldstyle), Will Arnett as Batman, Nick Offerman as Metal Beard, and Alison Brie as Unikitty. They are joined by Tiffany Haddish, Stephanie Beatriz, and Arturo Castro as new characters Queen Watevra Wa-Nabi, Sweet Mayhem and Ice Cream Cone. 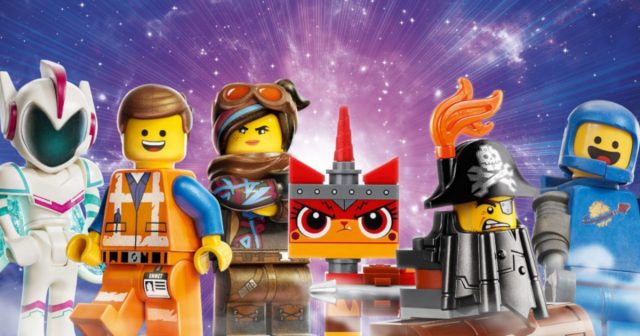 We also have descriptions for two new characters seen in the trailer:

Rex is an ultra-cool, tough-guy hero, flying through space in his own over-the-top battle ship, the Rexcelsior, with his raptor crew.  Rex is everything Emmet is not: confident, brash and experienced in the ways of the world.  He claims to have invented the phrase “no regrets,” though his only regret is not trademarking it.  Also the inventor of the deconstructionator punch, Rex is a Master Breaker. 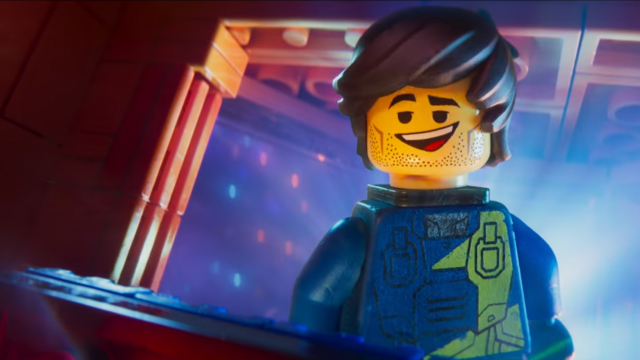 As queen of the faraway Systar System, Whatevra Wa’Nabi is a strategic, shape-shifting ruler with a secret plan that could change the lives of Emmet, Lucy and all their friends. When things don’t go her way, she’s not averse to breaking into a catchy song and dance number to get her point across.