There have been many entries in the continuing Isles of Aura saga, a series of floating islands creations, but I wanted to spend some time touring Isaac and John Snyder’s latest effort: the Town of Khevroa. 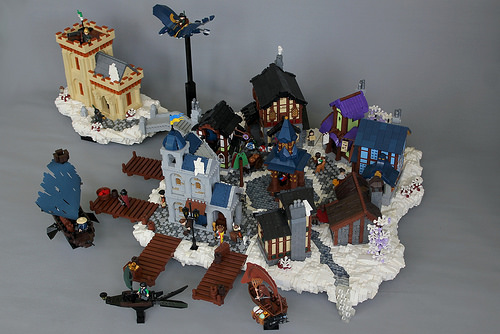 We’ve previously featured models from the Isles after the concept’s genesis as Models Inspired by Music and later with Brother Stevens’ Sunset Slumber among others. However, this latest scene has some great examples of packing a lot of detail and building variety into one small town.

The builders have thought of everything — the frosty village includes quite a selection of businesses and town staples such as an inn, apothecary, bakery, and even a laundromat. They have also utilized an impressive array of roofing techniques which should serve as an excellent tutorial for anyone looking to break into the castle-building scene. I particularly like the dark blue peaked top of the gazebo, which doesn’t use any extraordinary techniques but does create some fun geometric shapes with the relatively recent Nexo Knights Wedge 4×4 Pointed. 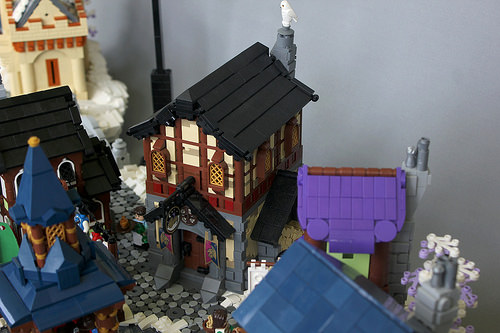 Embark on your own visit to the town and see what else you can find! 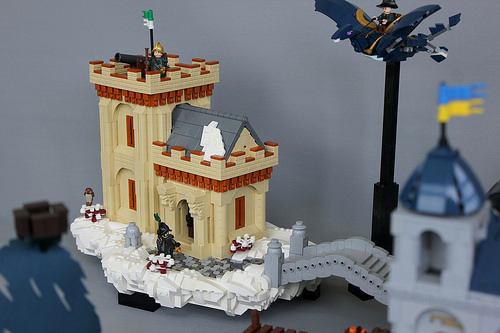