The summer wave of LEGO City Arctic sets were released on June 1st, and we’ve already taken a look at the two highlights from the theme — the mammoth in 60195 Arctic Mobile Exploration Base and the saber-tooth in 60196 Arctic Supply Plane. But are there other hidden treasures in this chilly series of LEGO sets? The smallest set is 60191 Arctic Exploration Team at only $9.99 ($12.99 in Canada | £9.99 in the UK). The set includes 70 pieces with three minifigures, plus a husky dog. 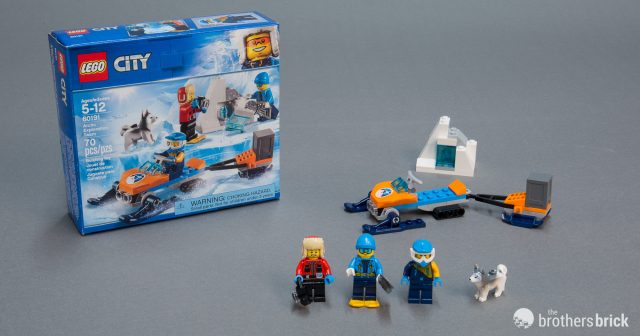 Nearly every recent LEGO City sub-theme includes a small, impulse purchase set that is essentially a minifigure pack — like the Battle Packs in the LEGO Star Wars theme. These sets usually have three to four minifigs along with some sort of small vehicle. That’s the case with the Arctic Expedition theme, and as such the minifigures are the stars of this set. The set includes variations on the uniform styles seen in the larger sets, with a helmeted snowmobile driver, explorer with a knit cap, and a photographer wearing the new earmuff hat in red. 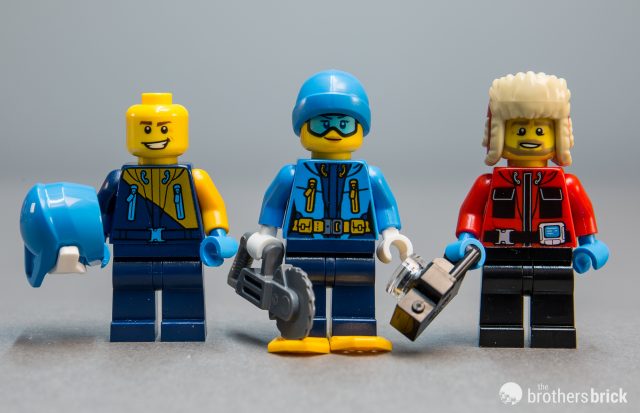 All three minifigures have full printing on the back of their torsos. 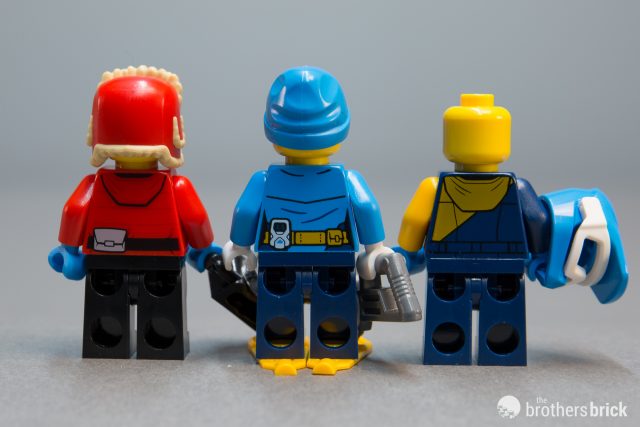 Even though the main attraction of this set might appear to be the three minifigures, the snowmobile and the block of ice are actually worth a closer look. Even though it’s a quick build, the snowmobile features an orange 2×2 curved slope piece printed with the Arctic Expedition logo. It includes a number of cool parts in orange and dark blue, along with an azure plate. 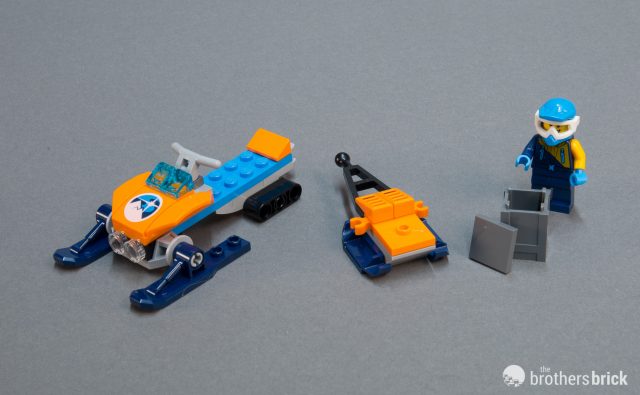 A trailer on skis attaches to the snowmobile for cargo. 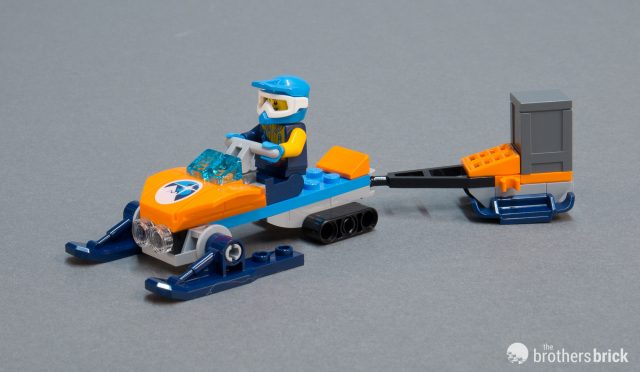 At first glance, the block of ice might seem rather unremarkable, since we know that it doesn’t include anything as interesting as a frozen mammoth or saber-toothed “tiger.” 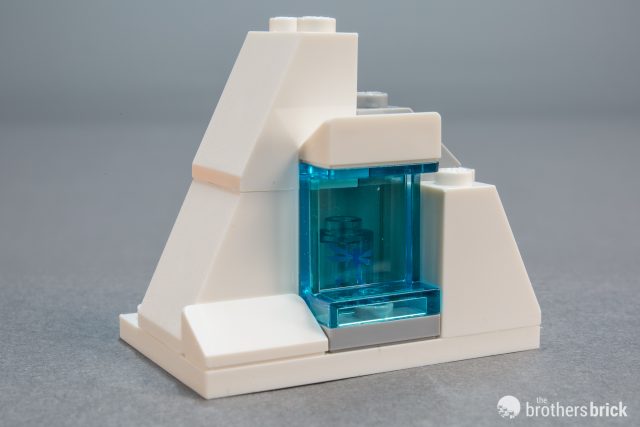 But take a closer look as you cut into it with your trusty circular saw and there’s something inside that’s remarkable indeed. 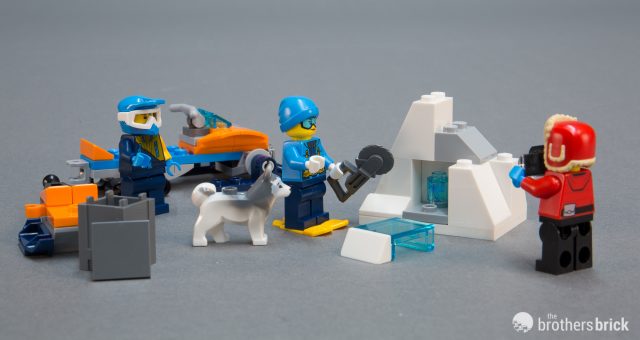 I always enjoy surprises in LEGO sets, and the frozen dragonfly (printed on a 1×1 round trans-clear brick) buried in the block of ice in this diminutive set came as a refreshing shock. 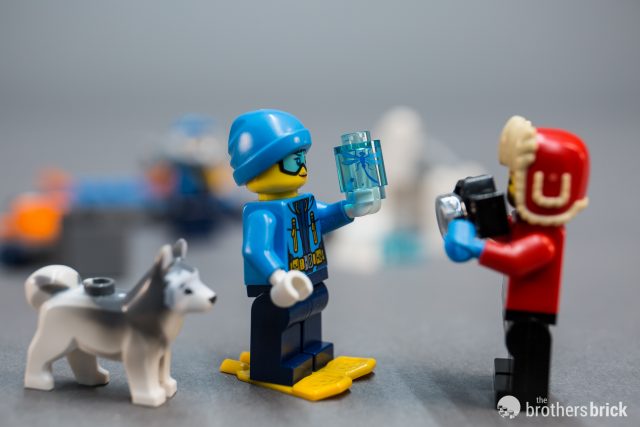 This little treasure was completely unexpected in what I thought would turn out to be a throw-away fig pack for $10. 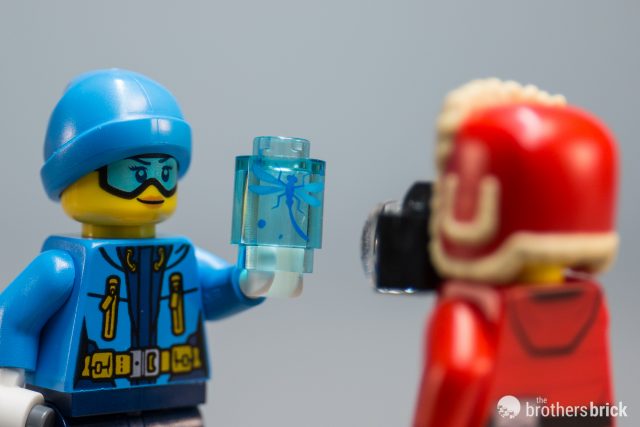 Even after playing with LEGO for 40 years and writing reviews here on TBB for the past 12 years, I haven’t lost that sense of joy from opening a new LEGO set. But it’s not often that I’m genuinely surprised. I grabbed 60191 Arctic Exploration Team when I picked up the two sets we reviewed previously, thinking it would be nice to have a few more of the new minifigures — especially the new earmuff hat in another color. I wasn’t expecting much from the set, but I’m deeply impressed with the sense of wonder that the LEGO design team have managed to build into such a small set by including the unexpected dragonfly piece. 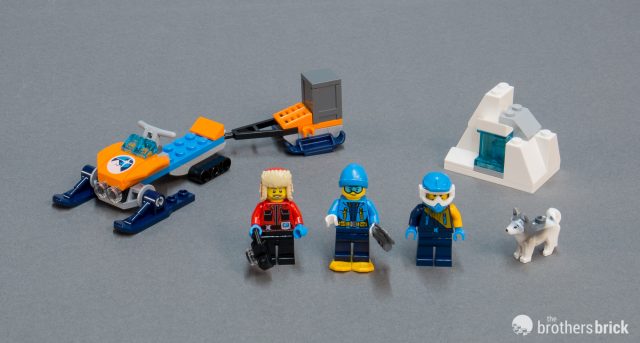 Add the printed 2×2 logo piece, some nice orange and blue pieces, plus the husky dog and three cool minifigs and 60191 Arctic Exploration Team adds up to a really great little set for a fraction of the price of the sets with the Pleistocene megafauna.

60191 Arctic Exploration Team includes 70 pieces with three minifigures, a husky dog, and a frozen dragonfly. The set is available now from the LEGO Shop ($9.99 in the US | $12.99 in Canada | £9.99 in the UK). The set is also available from third-party sellers on eBay and BrickLink. 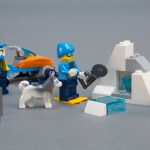 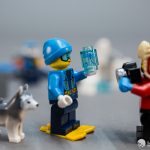 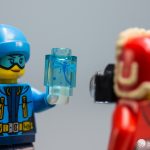 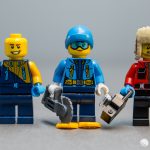 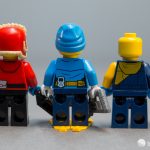 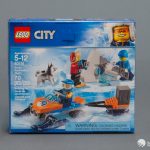 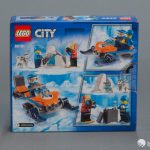 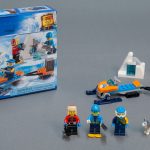 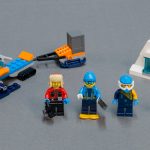 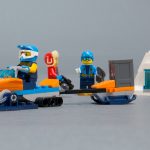 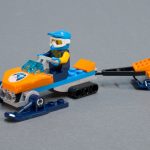 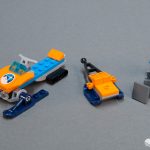 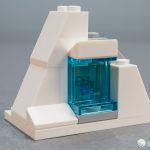