We’ve been slightly giddy about the return of LEGO Harry Potter, especially after our chance to get a close-up look at the Fall Preview Event 2018 in New York. Well, now we’ve managed to get our hands on a copy of 75956 Quidditch Match and we’ll see if this set at least lives up to our high expectations of the returning line… 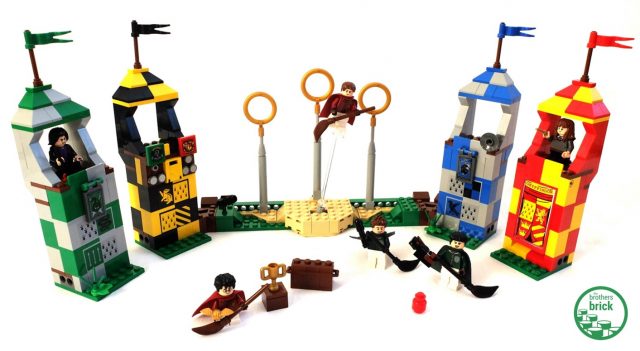 The set comes in a medium-sized box, and has a decent rattle and heft (always important indicators of LEGO set quality in my opinion). The packaging’s front features Harry, Hermione, and a moody-looking Ron in the top corner whilst displaying the contents of the set: a Quidditch pitch layout based on the match depicted in the first novel and film in the series — Harry Potter and the Philosopher’s Stone (or The Sorcerer’s Stone for you Yanks reading this). The reverse of the box showcases some of the set’s play features. Within the packaging, you’ll find 498 LEGO pieces — including 6 minifigures, twin instruction booklets, and a sticker sheet. 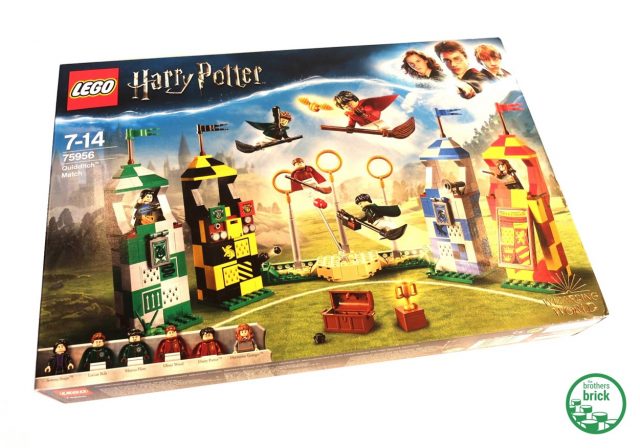 Bag 1 contains the Snape and Hermione minifigures, and the bricks to construct the Gryffindor and Slytherin spectator towers. Bag 2 holds Lucian Bole and Harry Potter, and will see you put together the Hufflepuff and Ravenclaw towers. The final bag of pieces includes Marcus Flint and Oliver Wood, and the parts for the Quidditch Goals and end-of-game trophy.

Each of the towers is built in similar fashion, starting off on an 8×8 baseplate, and creating an effective and attractive chequerboard effect of two primary colours as the walls go up. The additional stickers introduce a layer of character and Potteresque detail to the tower fronts, but their neat application is as tricky as ever — something I’m sure younger builders struggle with, making them a likely source of frustration. Ensuring small stickers are straight and evenly-spaced on large bricks can be difficult enough, but having stickers that are almost exactly the same size as the bricks they are applied to is a sure-fire recipe for overhangs and irritation. 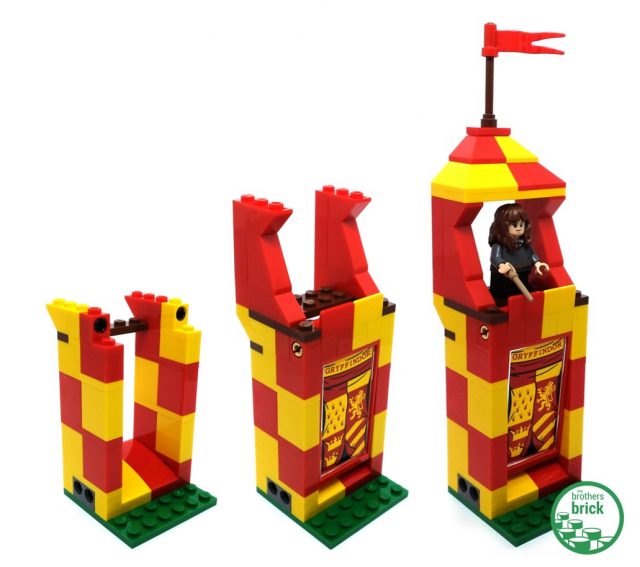 During the building of the Gryffindor tower I was surprised to see construction steps where 3 1×1 plates are used instead of a 1×1 brick, and two 1×1 Technic bricks are held together with Technic pins — all for no good reason. On reflection, I’m pretty sure it’s so younger builders couldn’t get confused between regular 1×1 bricks and their Technic counterparts, leaving them short of the correct bricks at later steps. Nice of the designers to think that through, but the set is supposed to be for ages 7-14 so they may be underestimating their audience a little? 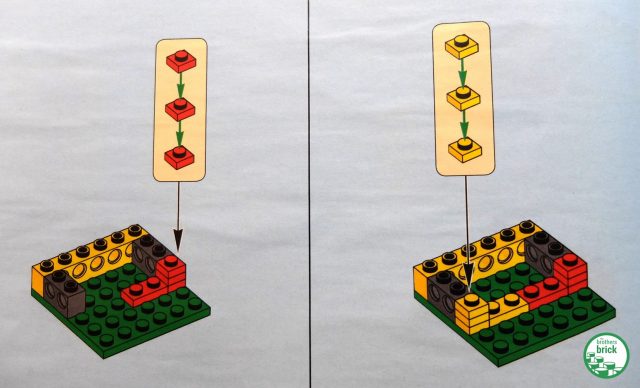 The four towers generally follow the same basic pattern, making their construction a little bit of a slog. However, they are all slightly different in some small details and in a couple of play features. The Gryffindor tower has a large swinging banner element allowing a brave Quidditch player to fly right through the structure. The Ravenclaw tower provides the mounting for the commentary broadcast speaker, and the Hufflepuff tower offers a scoreboard. The most complex building of the four is in the Slytherin tower, where you put together a mechanism to set Snape’s robes on fire to stop him magically interfering with the match. Having said that, it’s not the most challenging piece of Technic construction… 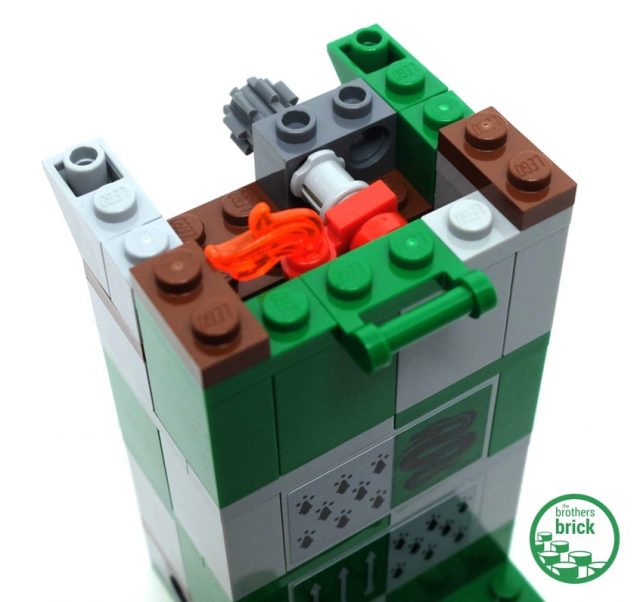 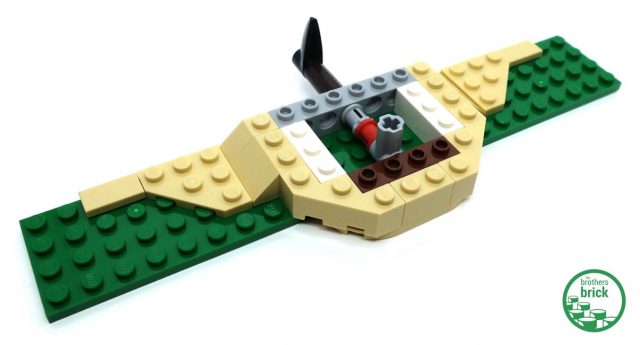 This section of the model comes together smartly, providing a solid base for the hoops, and a robust connection between two of the towers, angling them nicely to reflect the shape of the Quidditch pitch as depicted in the film. It also features a ground-mounted studshooter, designed to send Bludgers (black round 1×1 plates) flying towards the unsuspecting players above. 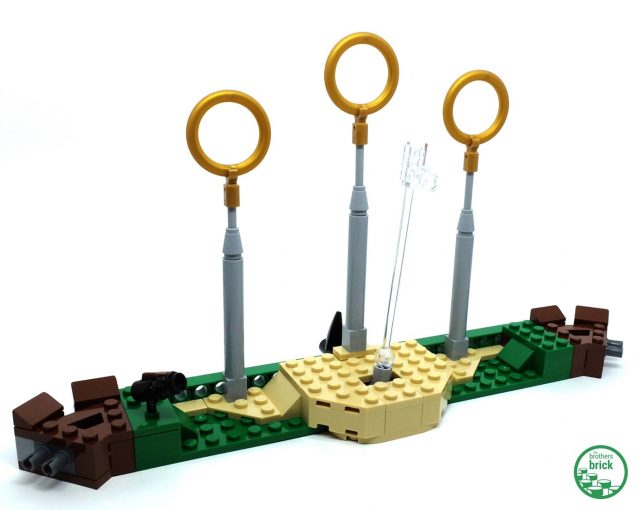 When complete, the layout takes up a surprising amount of room — a wide play area bounded by the fout tall towers. It makes a great space to swoosh your Quidditch players around, and use the lever mechanism to fend Quaffles away from the hoops… 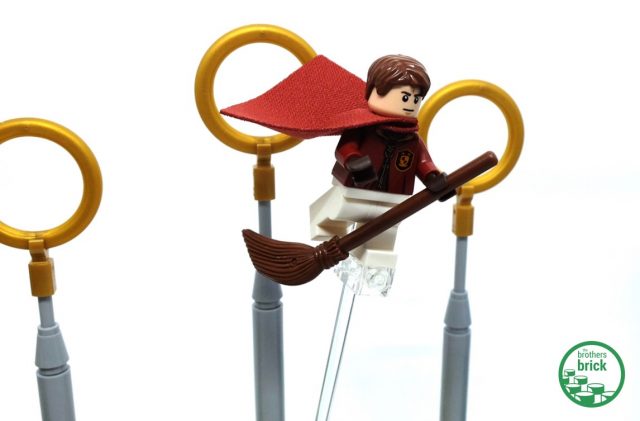 There are 6 minifigures in the set: two Gryffindor players — Harry himself and Oliver Wood, two Slytherin players — Lucian Bole and Marcus Flint, and then Hermione and Professor Snape.

Each of the figures features back printing, although why the Quidditch players have hoods on their back prints is a bit of a mystery as this detail will usually be covered by their capes…

Poor Oliver and Marcus clearly aren’t expected to emote beyond their single expressions, but the other four figures get scared/angry face variants… 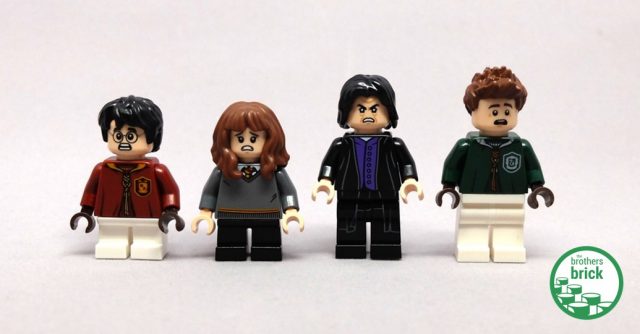 There’s not a massive amount of new or super-interesting parts in this set. But there were a few which caught my eye as relatively rare (meaning I don’t have them in my collection, or at least not in any great quantities). Notable amongst these were the brown A-frame angled plates, the pearl gold rubber rings, the new leaf and wand parts, and then the highlight of the bunch — the new Golden Snitch.

The Snitch is a great little piece. Pearl gold and packed with texture, the small winged sphere looks lovely. I’m fully expecting it to quickly show up as the hood ornament on vintage car models. However, I don’t think it’s an exaggeration to suggest some Harry Potter fans will buy this set solely to get hold of this piece. Which begs the question, why on earth would LEGO only include one of them? The part is tiny, and kids are probably going to swoosh it and Harry around all over the house. It’s an easy piece to lose, and a key element of the play value of the set. Seems a little harsh not to have included a spare?

If you’re a Harry Potter fan, 75956 Quidditch Match will make you very happy. It comes together to create a memorable and surprisingly large Quidditch layout — an excellent rendition of the scene from the film. There’s a good selection of minifigures, and the Quidditch players are wonderfully swooshable with their capes and brooms. It’s impossible to resist firing the red Quaffle from Flint’s broom-mounted studshooter and see if you can’t score a goal.

The set probably doesn’t contain the most useful selection of parts for creating different models (although granted, the sticker sheet is great if you want to build Potter-themed creations). The construction process does get a bit predictable by tower number four, but there are a couple of simple-yet-effective play features which make it great fun once it’s all put together.

However, none of any of that matters. If you’re a fan, you’re probably buying this set. Why? Two words: Golden Snitch. Just be sure you don’t lose it! 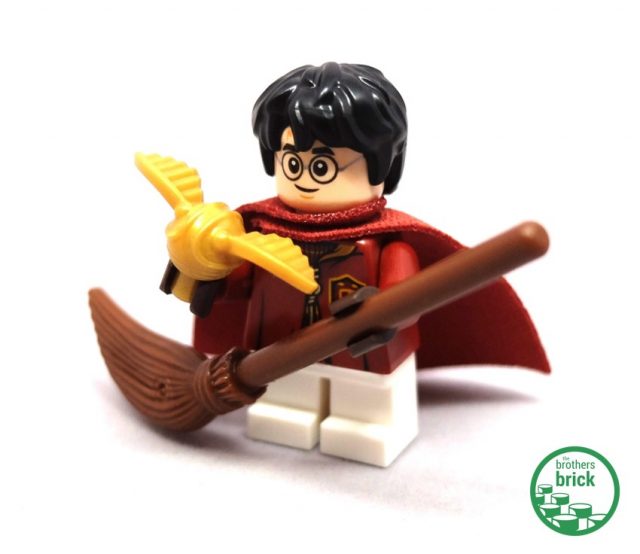 The Brothers Brick purchased this LEGO set from the shelves of a brick-and-mortar retail store in the United Kingdom. The set is due for release worldwide on August 1st. 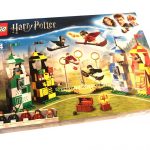 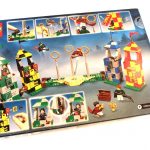 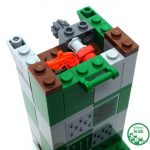 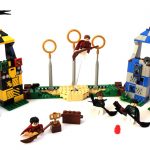 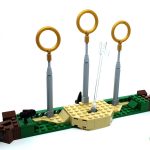 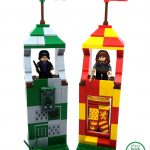 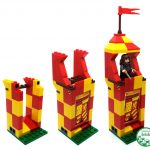 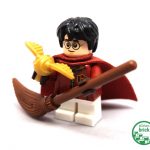 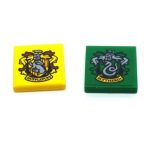 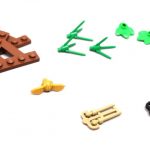 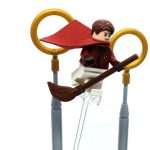 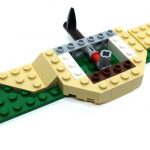 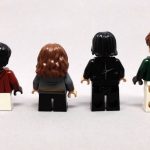 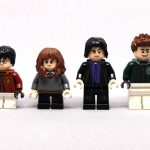 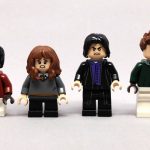 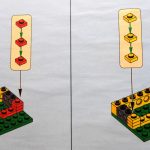 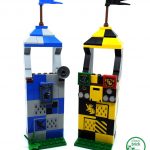 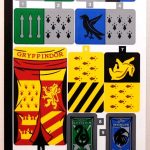 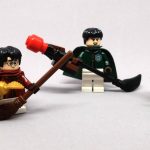