… for this night and all the nights to come. Even if they haven’t taken the oath themselves, it’s clear that at least three members of the Vancouver LEGO Club (Keith Reed, David Guedes, and David Gagnon), have a soft place in their hearts for the men of the Night’s Watch. Back in 2016, the three Canadian builders constructed this massive version of the Wall from Game of Thrones. 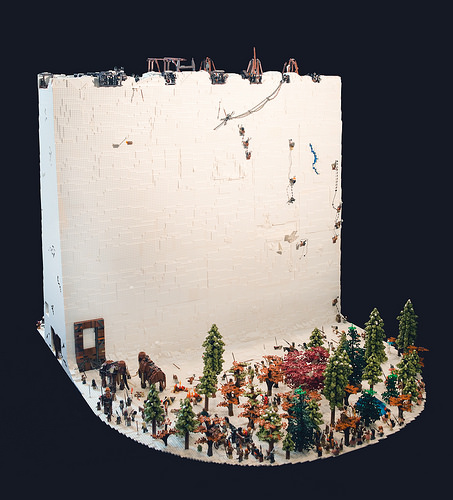 Although it’s mostly monochromatic, this gigantic LEGO creation is anything but boring. The wall itself has an excellent ice-like texture (a result of the SNOT building technique using plates) and appears thick enough to withstand a serious siege. In addition to being huge, this build also features a ton of details and action. At the base of the wall sits a fully-fortified Castle Black, while Tyrion Lannister relieves himself at the top the wall. Beyond, Jon and Samwell take their vows and a wildling army swarms the woods with brick-built mammoths. 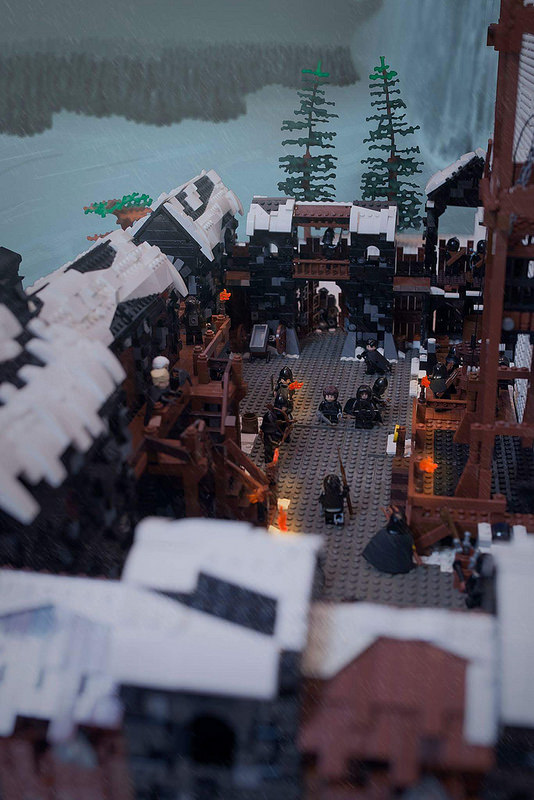 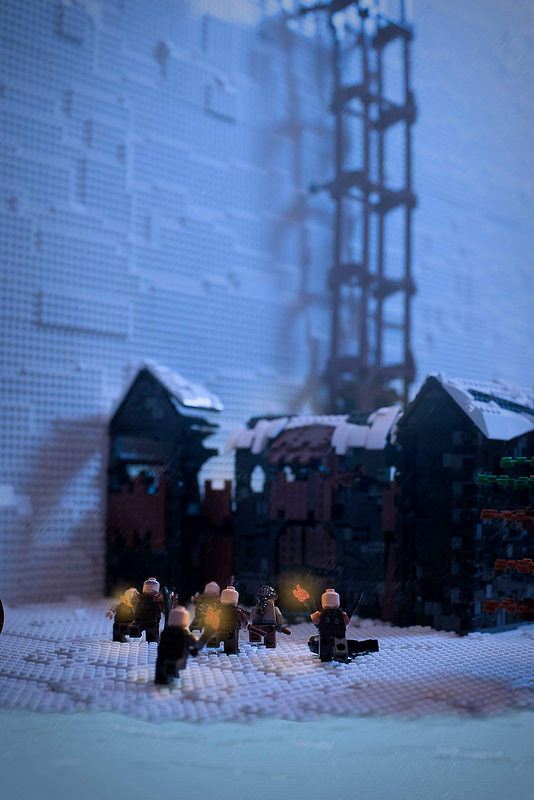 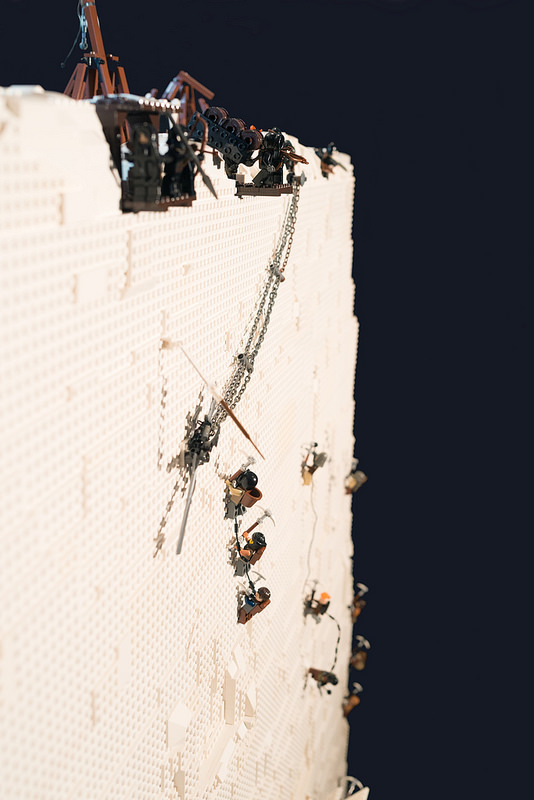 You can get a true sense of the size of this behemoth from the photo below which includes the three builders for scale. For even more photos of the Wall, be sure to check out Flickr. 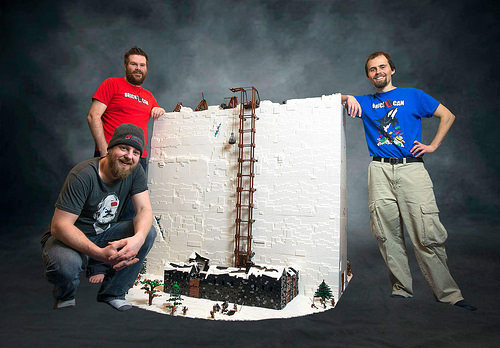 1 comment on “Night gathers and now my watch begins...”