In Norse mythology, Sigurd is a hero who slays the dragon Fáfnir (himself originally a dwarf affected by a curse). The legend was popularized in Wagner’s Ring Cycle, and more recently by a posthumously published epic poem by J.R.R. Tolkien titled The Legend of Sigurd and Gudrún (published in 2009). Ben Cossy and Eli Brinsmead collaborated on an equally epic and legendary LEGO creation inspired by these myths, winning an award at the recent Brickvention 2018 in Melbourne, Australia. 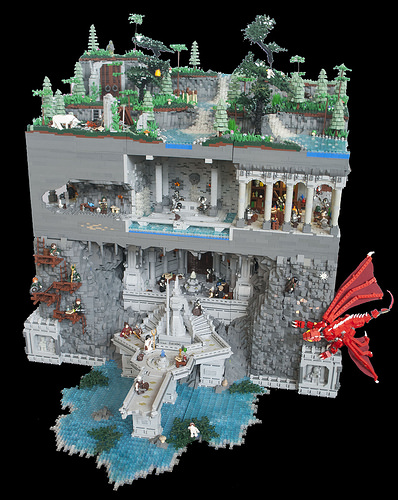 The two builders live on opposite sides of Australia, and collaborated remotely over the course of more than three and a half months, with the two sections coming together for the first time at the event.

The diorama is packed with detail, from underground caves to lush landscaping on top. 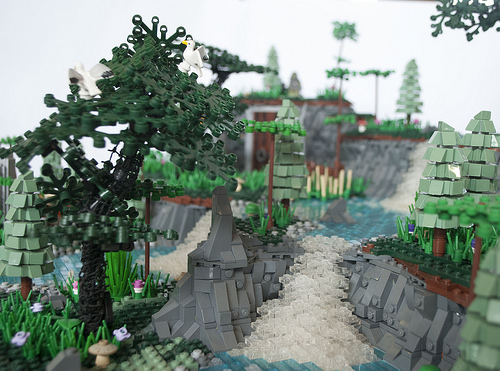 A battle seems to be taking place in a well-appointed study. 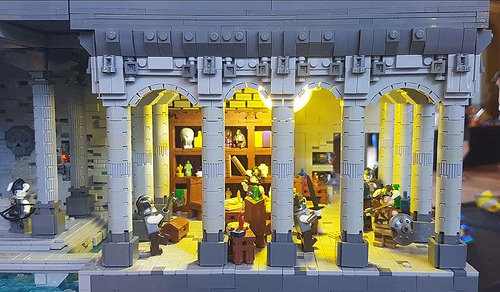 Fáfnir lurks around the corner from the unsuspecting heroes. 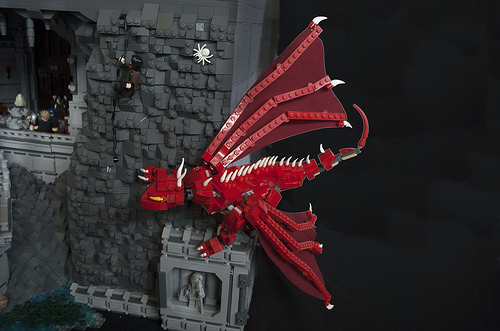 Little Easter eggs reveal themselves to the careful observer. 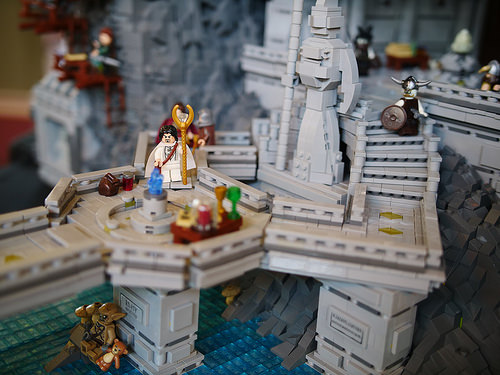 See even more photos of this collaborative build in Ben’s and Eli’s photostreams on Flickr, as well as MOCpages (revealing a story completely separate from the legend of Sigurd).