It’s not often you see a build that you want to take a bite out of. But especially for this LEGO wedding cake, I’d think twice about my pearly whites before I took a mouthful. LEGO chef Handoko Setyawan brick-baked a LEGO cake for dear friends who clearly are fans of both Harry Potter and a galaxy far far away. The icing on this cake is not what is outside, but a hidden showcase of a diorama showcasing the couple’s favorite movies. 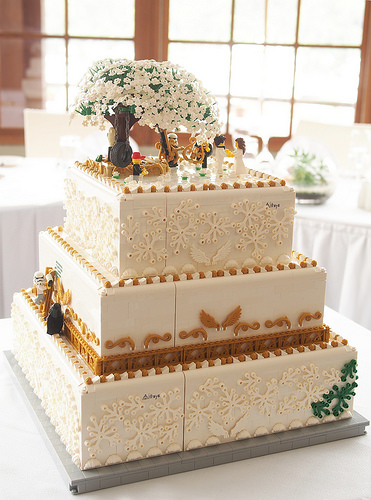 The top of the cake features a dancing couple with child and two stormtroopers cleverly disguised as mariachi band members. 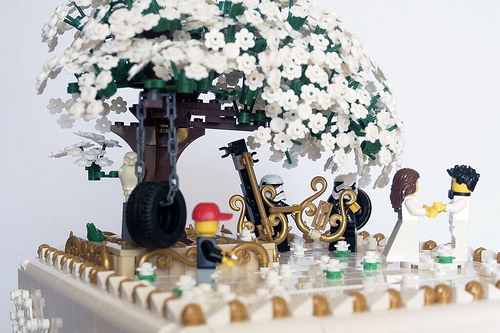 Hit the play button to see the couple dancing!

A feature on the side shows yet another stormtrooper finishing layering the final bits of the cake with supervision from Dark Lord of the Sith Vader himself. 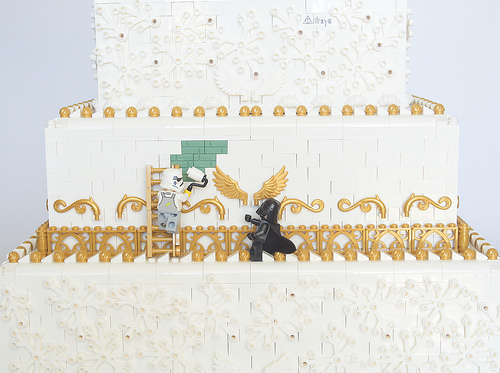 As we slice open the cake, all is revealed. 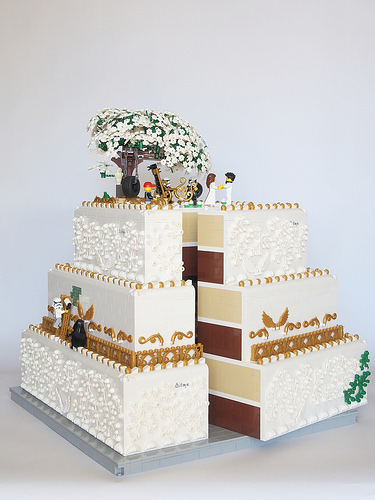 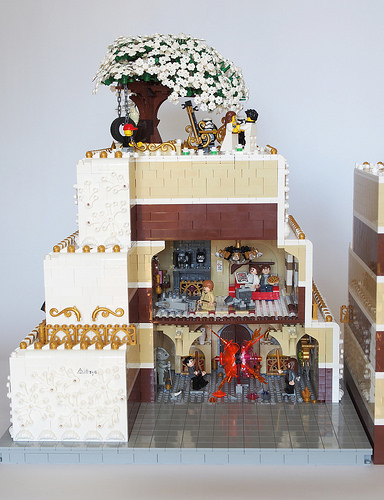 Potter fans will recognize this scene from the Order of the Phoenix where our heroes practice to be Dumbledore’s Army. The Star Wars scene is unique as it depicts a part of the history between Han Solo and Princess Leia that we never got to see along with Kylo! But wait a minute, why is he all dressed up like Anakin? I think we just found out how loyal Kylo is to Vader! For me, it’s just a delight to see the UCS Millennium Falcon in the home of Han Solo. 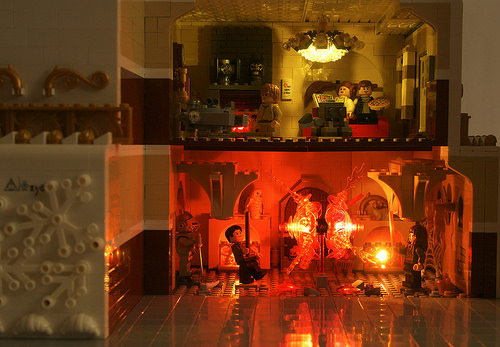 All in all, Handoko went the extra mile way and beyond for a special occasion to unite two LEGO fans! A happy occasion indeed to be celebrated! We wish for more tiny Duplo fans to join them soon!

4 comments on “LEGO wedding cake proves that you can indeed have your cake, but you can’t eat it”