When most people today hear the name Tesla, you probably think of those snazzy electric cars. If you dig a little deeper, you’ll find that Serbian-American engineer Nikola Tesla, with or without credit, influenced our modern world in ways that perhaps no man ever has. the_jetboy knows this, creating a fantastic kinetic magnetic tribute to the great inventor. If you include designing the first hydroelectric power plant, advocating Alternating Current, and inventing electric motors, robotics, new ways of harnessing and distributing light – including lasers and X-rays, radio (sorry Marconi), and wireless communication (including TV remotes), then there’s not a lot he hasn’t contributed to today’s modern world. 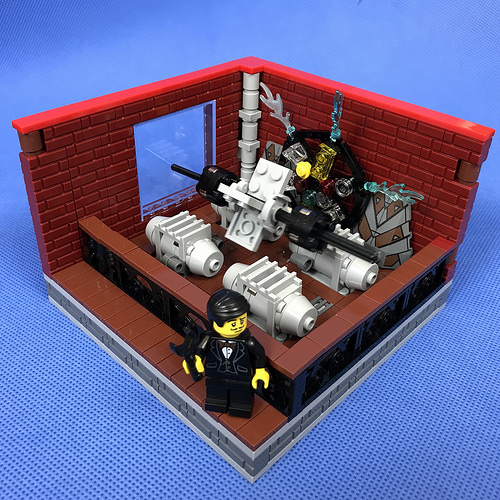 Inspired by Sensei Yoshihito Isogawa, the builder has also created a video showing this beautiful, magnet-bearing kinetic sculpture in action. One final tantilising piece of Tesla trivia: Teslas are a unit used to measure the strength of magnetic fields.

A final quote from the genius madman inventor himself:

The scientists of today think deeply instead of clearly. One must be sane to think clearly, but one can think deeply and be quite insane.