With several official LEGO Technic sets over the years (most recently the 42063 BMW R 1200 GS Adventure), LEGO motorcycles are a frequent subject among custom model builders, but none in the last year or two have quite captured my attention like this fantastic 1957 Harley-Davidson Sportster XL built by Taiwanese LEGO fan Maxime Cheng. 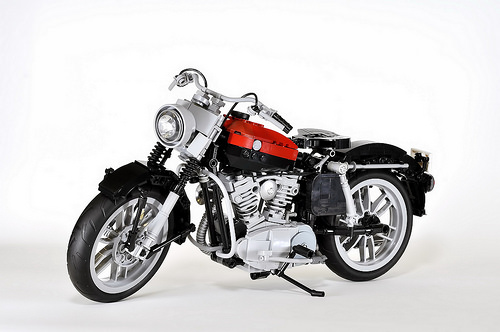 Harley-Davidson introduced this bike in response to lightweight, high-performance British imports like the Triumph Speed Twin. With 40 HP at 5,500 RPM, the bike sold for $1,103. Maxime’s LEGO version includes every conceivable detail on both sides of the bike, with a kickstand to display this wonderful LEGO model on a desk or shelf. 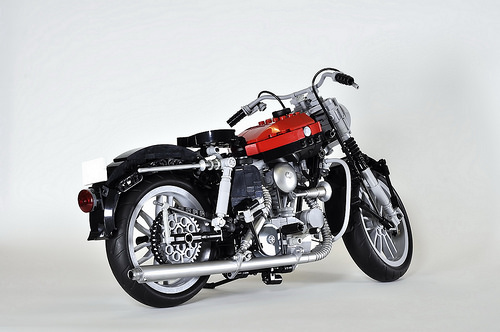 The gas cap even has a LEGO tire around it to increase the accuracy of the detail. 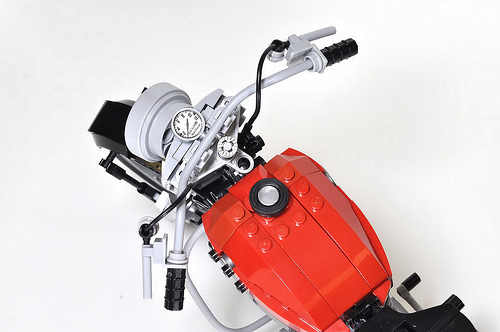 The 55-cubic-inch V-twin engine is definitely worth a closer look, with the flared horn on the side. 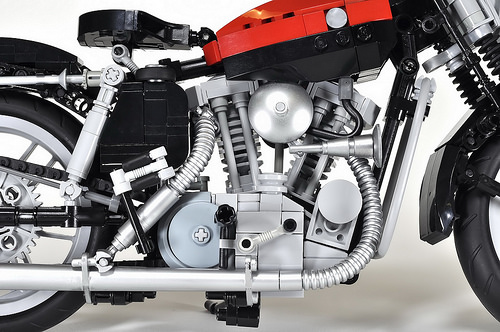