With his philosophical proposal “Cogito ergo sum” (“I think, therefore I am”), French philosopher, mathematician, and scientist René Descartes may have had a clever way with words. But I think Popeye summed it up admirably with “I yam what I yam and tha’s all what I yam”. Like many of us here at TBB, Oliver Becker is old enough to remember this underdog with bulging forearms, a mean uppercut, and a love of canned spinach. 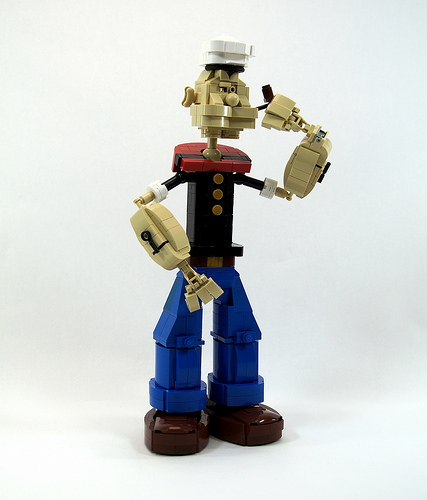 I love how he has managed to capture everything about this famous star of comic strip and screen; it’s almost as though he’s about to bust out with that classic line “I oughta busk you right in the mush”. As the star of his own comic strips and animated series, on both the small and big screens, Popeye became quickly ingrained in American culture, and today remains one of the most recognizable pop-culture icons in the world.