Once upon a time, the dark fortress of Minas Morgul belonged to the to the world of men. Back then, the city was called Minas Ithil and it protected Gondor from the evil forces of Mordor. John Snyder has built a gorgeous rendition of the city as it was before the Witch-king of Angmar took over. 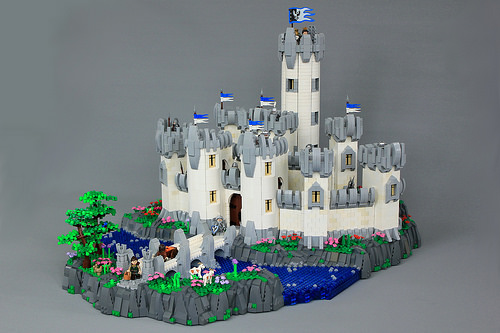 At first glance, I mistook John’s castle as something out of Disney rather than the Lord of the Rings. Regardless of the source material, from the top of the tower all the way down to the bedrock, this fortress is one of the loveliest LEGO castles I’ve ever seen. According to John, his Minas Morgul weighs 31.2 pounds and is his heaviest build to date. He also says he tried to maintain the architecture (and pointy crenellations) from the original design. The bridge, in particular, reminds me of the scene in the film where the Nazgul ride out in a frenzy to find Frodo. 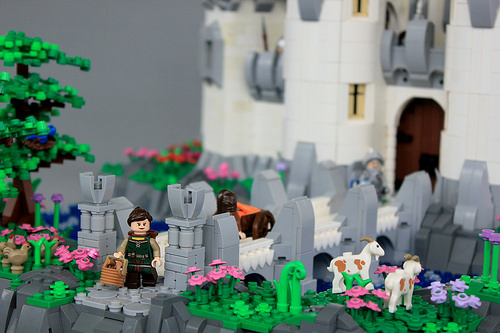 For more photos, including alternate angles and even an “I Spy” style scavenger hunt, check out John’s flickr.