Living in southern California, I hear a lot about the California condor during my frequent visits to the San Diego Zoo and Safari Park. And rightly so, because in 1987 condors went extinct in the wild, with only twenty-two individuals remaining in captivity. With the help of the LA Zoo, these three institutions bred the condors in captivity and reintroduced them into the wild. Now their combined population is over 440. Aaron Newman has built a deceptively small version of the condor in LEGO bricks, and the result is wonderful. 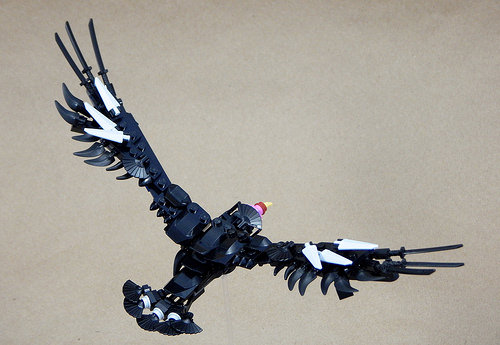 The model makes perfect usage of the minifig fan piece, the seed part for the current round of the ABS Builder Challenge, along with many other assorted spike parts, and minifigure katanas.