Fan conventions are a good gauge for which new movies and shows have wormed their way into the public consciousness. And from what I just witnessed at Emerald City Comic Con, the character Eleven from the hit Netflix series Stranger Things seems to represent the current zeitgeist. Eleven cosplayers were everywhere – both male, female, and even feline! A giant version of the Eleven pop vinyl was stationed outside the Funko booth. And Eleven actress Millie Bobby Brown even showed up to snag a copy for herself. Logic therefore dictated that this should be the subject of my latest pop culture LEGO creation: 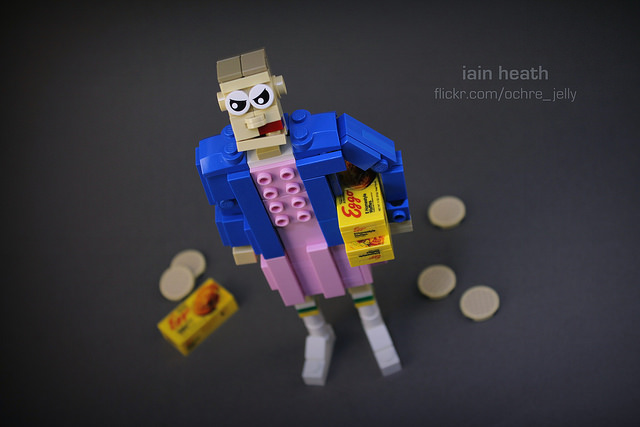 To give the model a little more authenticity, I created custom stickers to decorate the waffles and Eggo boxes. I am also working on a presentation of the model for BrickCan that mimics the lightly-Photoshopped scene below in which Eleven demonstrates her paranormal control over toastable breakfast products: 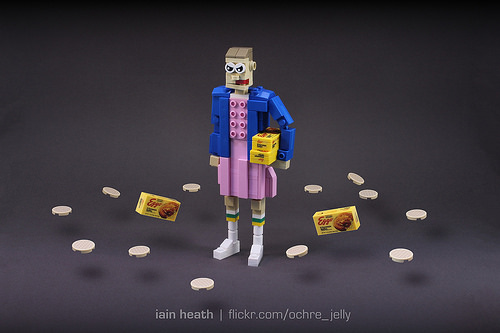