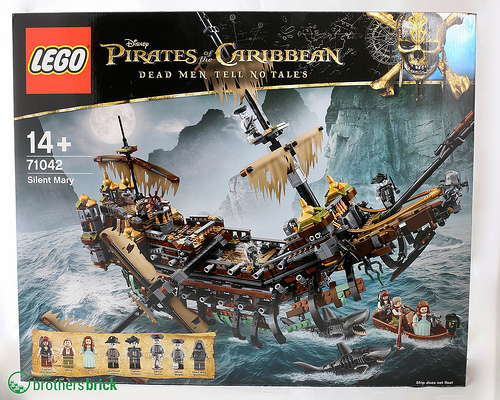 As said in our exclusive in-depth review, the 71042 Silent Mary has 2,294 parts and is priced at $199.99/£179.99/199,99 €. The Silent Mary isn’t quite the largest ship LEGO has made, though she does impressively measure over 18” (48cm) high. The Silent Mary contains eight minifigures: Captain Jack Sparrow, Henry, Carina, Lieutenant Lesaro, Captain Salazar, Officer Magda, Officer Santos and the Silent Mary Masthead. The set also comes with two new ghost sharks and a plethora of play features, but remember that this is a decaying and damaged ghost ship, not a pirate ship, and does not float. 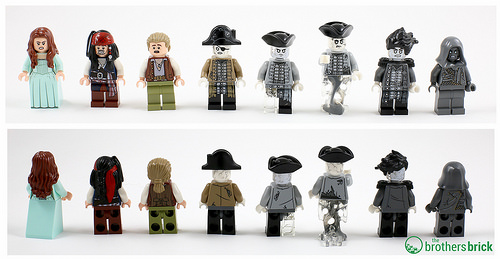 Captain Jack Sparrow and Captain Armando Salazar BrickHeadz are also available today for $9.99 USD/£9.99/9,99 € each. They have 109 and 118 pieces respectively. In our exclusive review, we found these blocky guys to be a fine addition to the BrickHeadz line, with lots of SNOT bricks, detailed printed pieces (including a tile that looks like bacon!) and a decent amount of interesting parts. 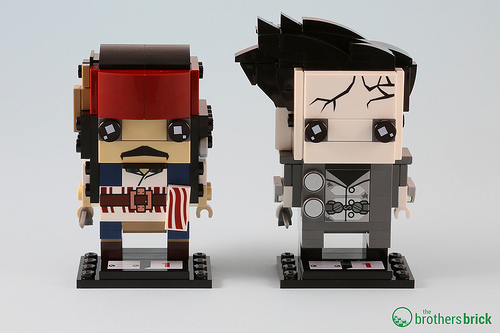 But avast, me mateys! Thar be nothin’ more t’ say, short ‘o reminding ye that buyin’ sets after clickin’ links on The Brothers Brick helps us get enough shiny gold t’ pay for activities like hands-on coverage of Toy Fair and giving away loot like the Death Star. Now, where be me rum? 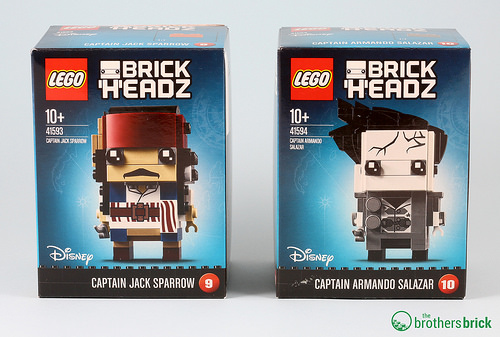 Be sure to also check out the other LEGO sales and deals we’ve found this week on sets including Star Wars, Minecraft, Superheroes, and more.