For those of us who are fans of cars we’ll never own, the LEGO Speed Champions sets have provided a rather more affordable way to collect Ferraris, Porsches, McLarens, and more. Absent from LEGO’s eclectic mix of supercars has been the Bugatti. While the inimitable Veyron might have been more to the liking of many fans, Bugatti retired the Veyron toward the end of 2014, just before the release of the new LEGO Speed Champions line. Perhaps better late than never, its even faster successor the 75878 Bugatti Chiron was just released on LEGO.com, and should be available more widely on March 1st. 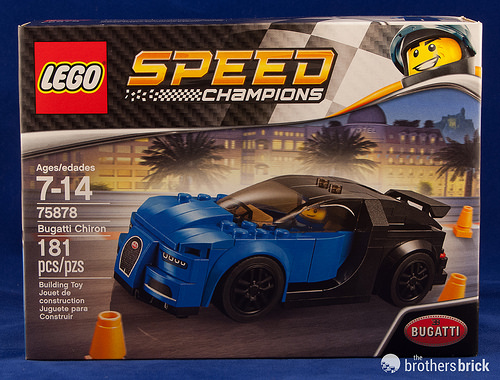 The LEGO Bugatti Chiron includes 183 parts and one minifigure for $14.99.

The Chiron comes in a standard Speed Champions box that includes four unnumbered bags, with parts sorted by size. The relatively small decal sheet is loose in the box, along with the large chassis piece and a small box for a red rubber band. 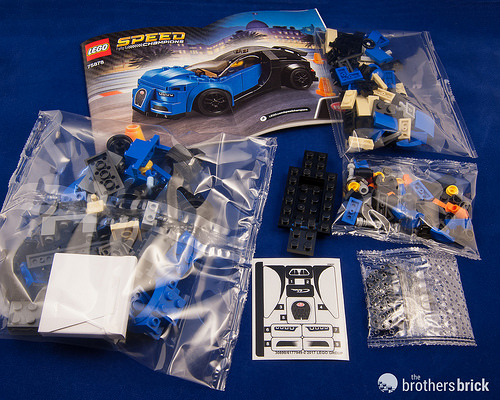 The red rubber band turns out to encircle several 1×1 round plates and a pair of 1×1 round tiles with pin holders. It’s unclear during the first part of the build whether the rubber band enables some type of play feature.

The rest of the build is fairly straightforward, with side panels built on brackets and the front panel attached with a 1x2x2 brick with studs on the front. 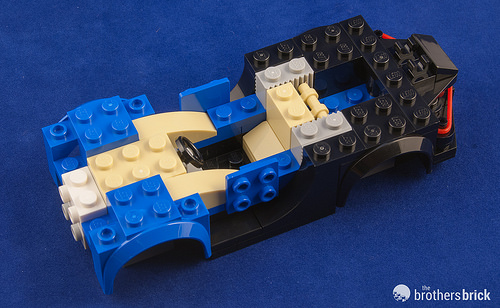 While the details are nearly all stickered, the sticker sheet is actually printed as clear decals — much more useful for other LEGO creations if you decide to save them instead of applying them. Other than the minifigure parts, the only printed element is the top of the car’s canopy, though decals are applied to the sides. 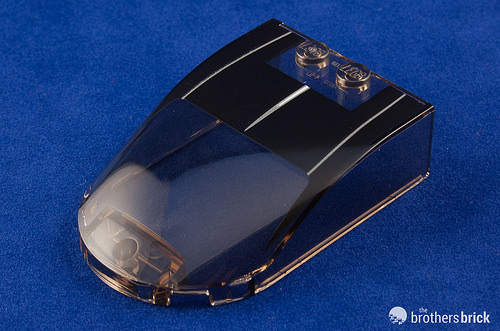 The rear section above the engine includes some interesting techniques to achieve the unique split area behind the cabin. 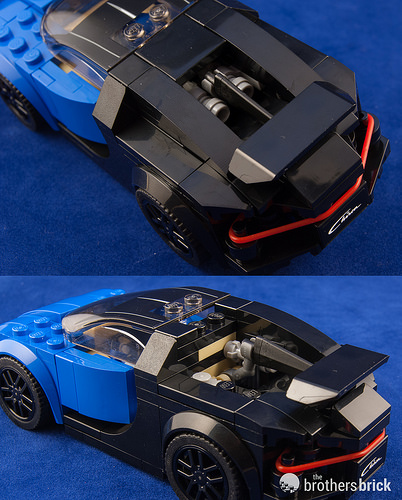 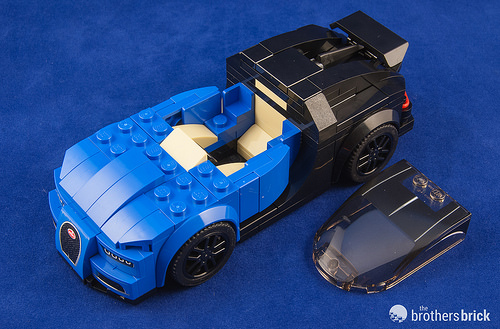 The Chiron is three studs shorter than the 2016 GT in the 75881 2016 Ford GT & 1966 GT40 set I recently reviewed. While it feels proportional in your hand, it looks a little … blunted from certain angles. Also like the 2016 Ford GT, the sides curve in to an enclosed area at the rear, with contrasting colors between front and back. 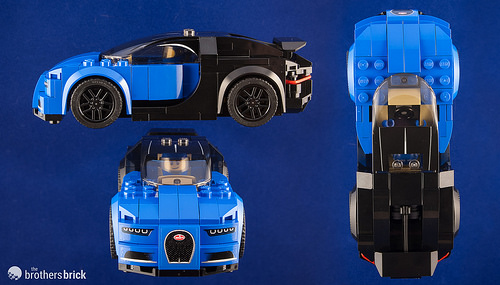 One of the more remarkable aspects of the build is that the red rubber band has no functional purpose whatsoever. Instead, it merely serves as the car’s narrow, full-width brake light. This is noteworthy because adult LEGO builders have been using rubber bands decoratively for years, to rather mixed responses from those of us somewhere on the spectrum of LEGO purism. 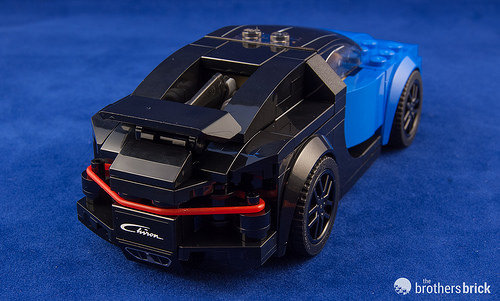 The race car driver minifig wears a blue and dark blue fire suit with the Bugatti logo on both the front and back. He has a helmet, and no hair. 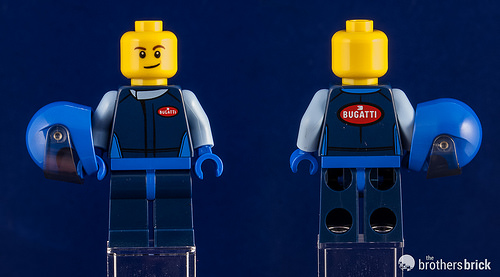 At $14.99, you get 186 parts, including a left/right pair of the new “corner baby bows” we first noticed in the recent Ford set (also in blue). The LEGO Bugatti Chiron doesn’t quite have the low and wide stance that the real car has, even if that’s to accommodate the minifig driver with his enormous head wearing a giant helmet — I’d love to see LEGO designers try a 5-wide car that can’t fit a minifig. Nevertheless, the LEGO Bugatti Chiron is a brief but enjoyable build, resulting in a sleek little model. 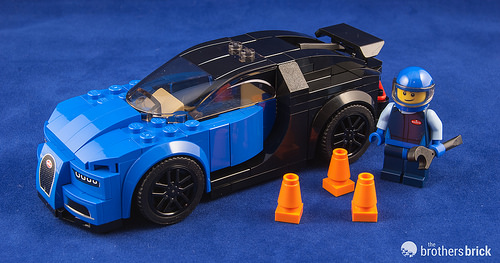