Rotary-winged aircraft are probably not the first thing to come to mind when contemplating the excitement of naval aviation (who remembers seeing a helicopter in Top Gun?). But these whirlybirds are the unsung heros of navies across the globe. The UH-2 Seasprite is a perfect example, painstakingly detailed here in LEGO form by TBB’s own Ralph Savelsberg. 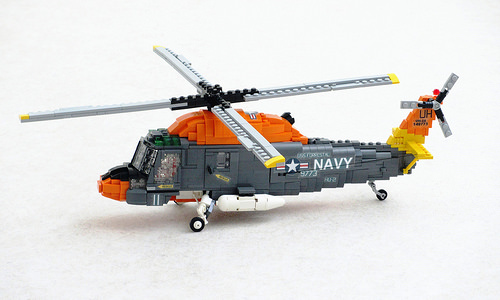 The Seasprite entered service with the United States Navy in the early 1960s and played a vital role rescuing downed pilots during the Vietnam War. This particular model, Ralph explains, is an early model UH-2A which served aboard the USS Forrestal in 1965. After a complete rebuild, this helicopter was delivered 50 years later to the Royal New Zealand Navy. 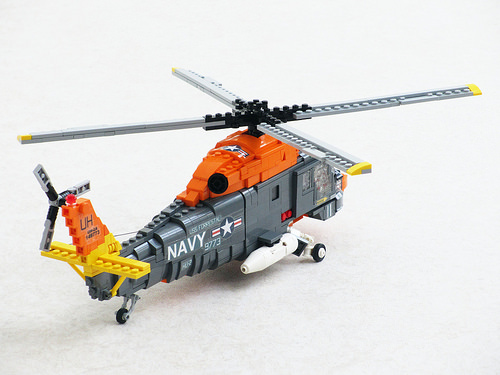 Ralph is no stranger to building military aircraft, particularly naval models — check out how he does it and his recent LEGO Sikorsky HH–60G Pave Hawk. His newest creation is no less accurate or well-built than his others. Every angle and shape of the Seasprite has been captured. The coloration and markings also help bring this beauty to life. In fact, it’s so realistic it looks late for an important mission. After all, naval planes may get the glory, but its naval helicopters which get the work orders.