One of my favorite parts about January is new LEGO sets coming into stores. I love seeing all the awesome new pieces and new sets. Picking one out is often the hardest part! To help with that, we’re bringing you reviews of some of the new 2017 sets so you can make decisions for your own collection, and last week we looked at 31065 Park Street Townhouse. Today we’re turning our gaze to 70261 The Vermillion Attack, which has 83 pieces and retails for $9.99 USD. 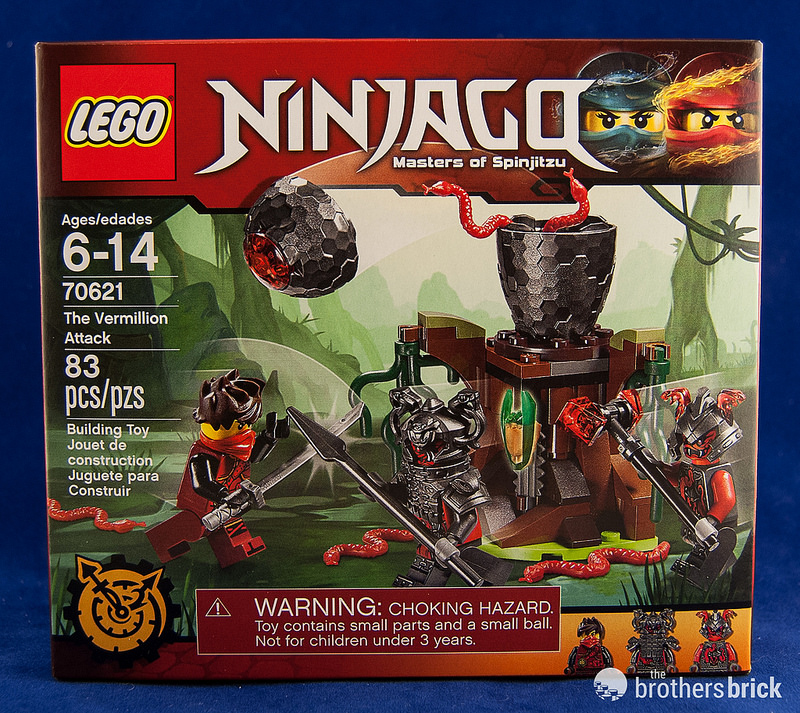 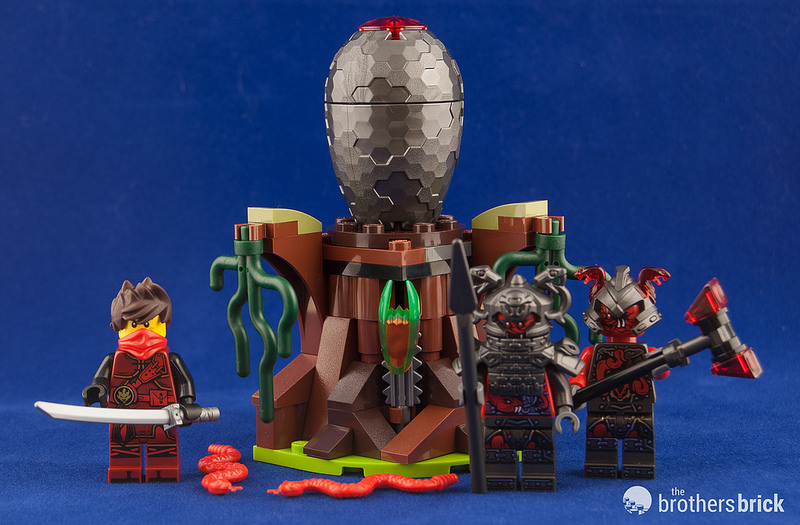 This set has a lot to offer despite its small size. In 83 pieces you get three minifigs, five little red snakes, and the new pearl dark grey egg piece. The majority of the set is grey brick and brown slopes, so if you’re looking for pieces to contribute to landscaping, this set does well compared to most sets of this size. The tree stump has a base of 6×6 studs, and stands 10 bricks tall with the egg.

The sculpting to make the model look like a giant tree stump is effective, with a nook on the front holding a chainsaw blade as a mount for the Forward Time Blade, a new element. 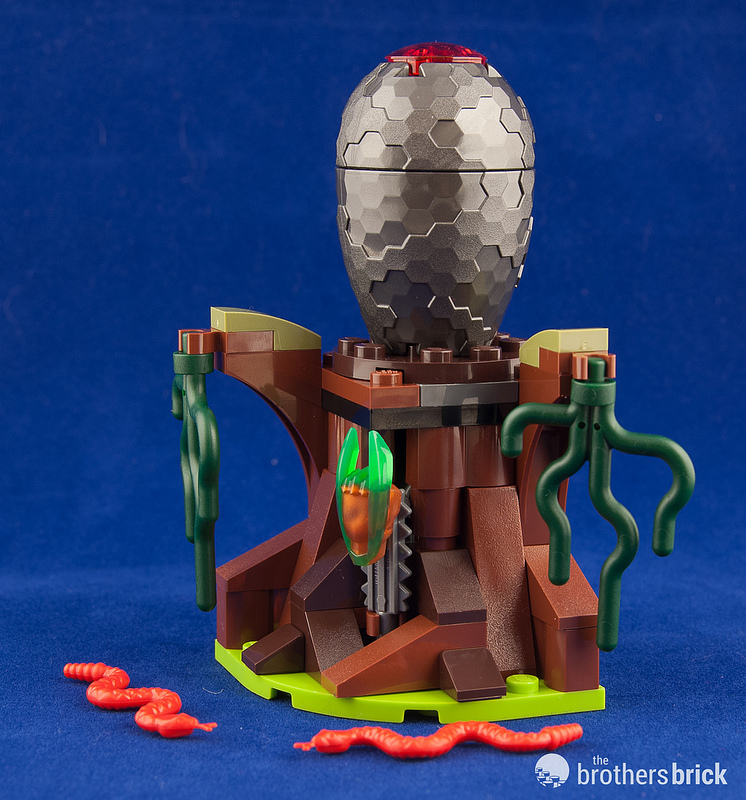 It’s a bladed fist dual-molded with trans-bright green and copper. The 3.18 rod that a minifigure holds inside the fist has a plume-sized hole in the bottom. 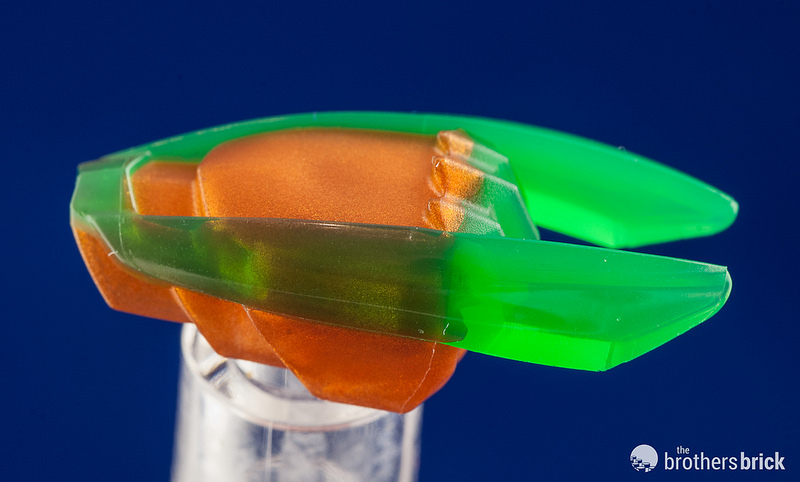 Inside the tree stump is a mechanism that makes the top pop off the egg and release the red snakes — and it does so with surprising energy. Be careful; the top of the egg will go flying much further than it looks like it would. 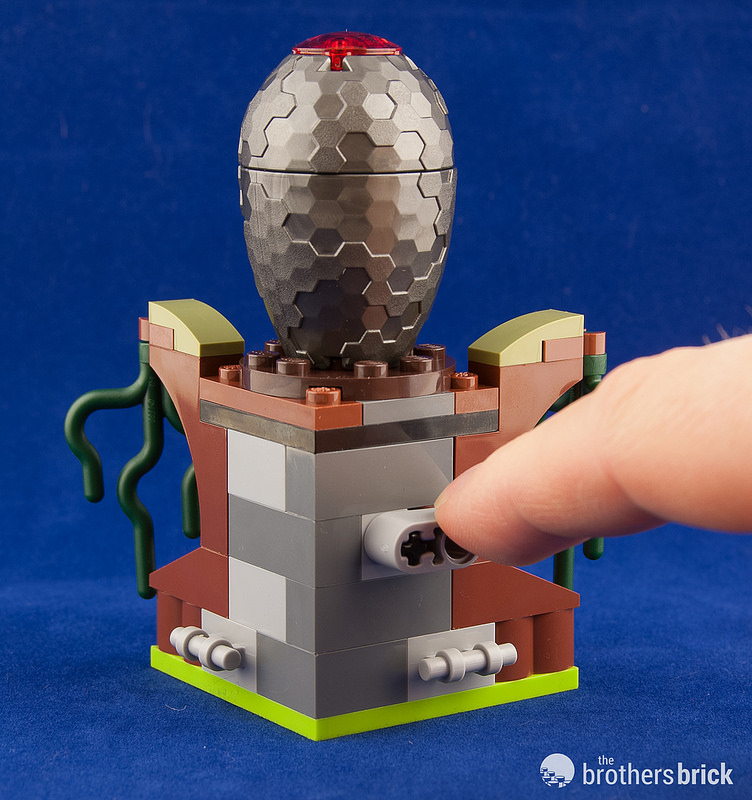 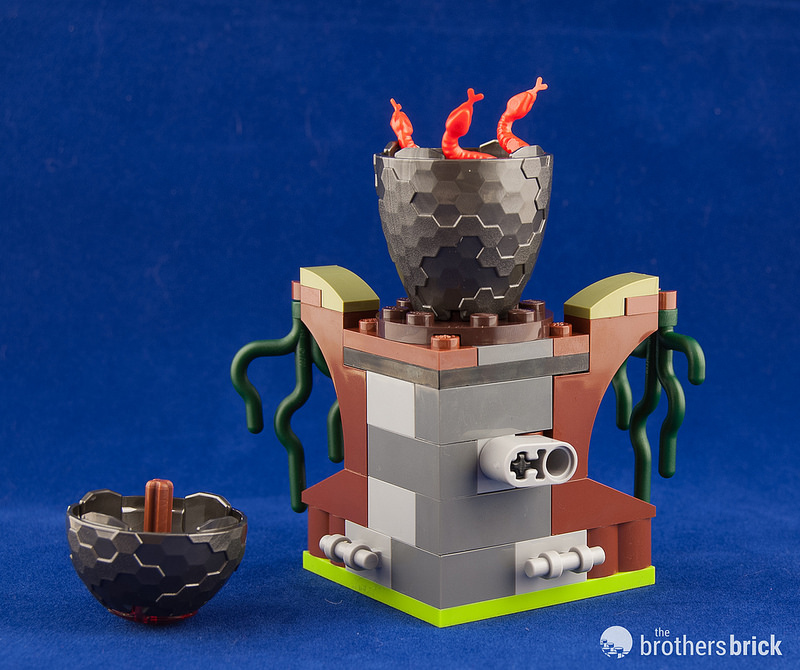 The pearl dark grey egg is 5 bricks tall and 4×4 studs at its widest, and is covered in a mottled pattern of hexagons. Interestingly both top and bottom of the egg have anti-studs and a Technic pin hole, which is an interesting design decision that makes it very useful. Similar parts in the past have had the traditional anti-studs on the bottom and studs on the top. Here, each half of the egg can mate with another of the same type, so you could make a very oblong ovoid or a nice round sphere. The texture of the egg looks like it belongs squarely in a sci-fi setting. (A reader has pointed out that the egg elements originally appeared in transparent purple and green in the Galaxy Squad theme, which we’d overlooked.)

The three minifigures are wonderfully detailed, and the villains in particular are the highlight of this set.

Kai’s hairpiece is made of soft plastic, like most of the Friend’s hairpieces. The dark red torso features printing on both sides, but the head is single sided. 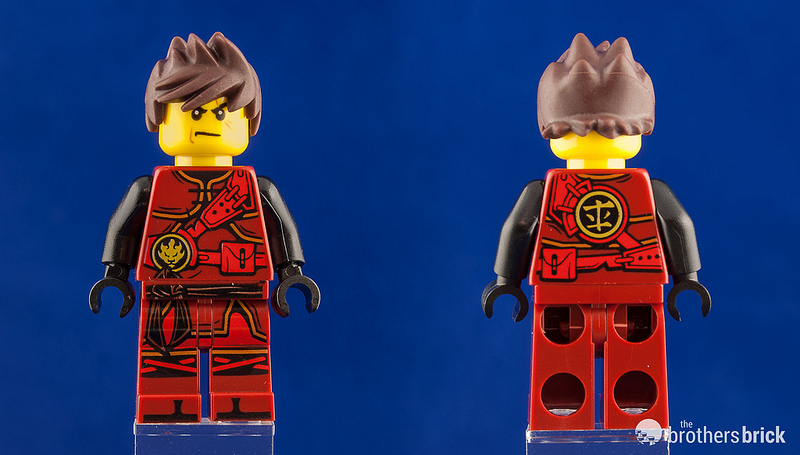 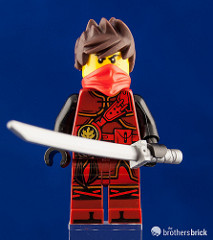 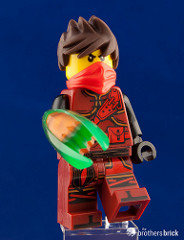 The two villains are far more interesting. Rivett has a brick-built battle axe, and the torso looks like it has red tentacles printed on both front and back and a mechanical clock. His helmet is double-molded with trans-red snakes coming out of each side and pearl dark grey for the rest. The two villains each use the same head, which is double-sided. 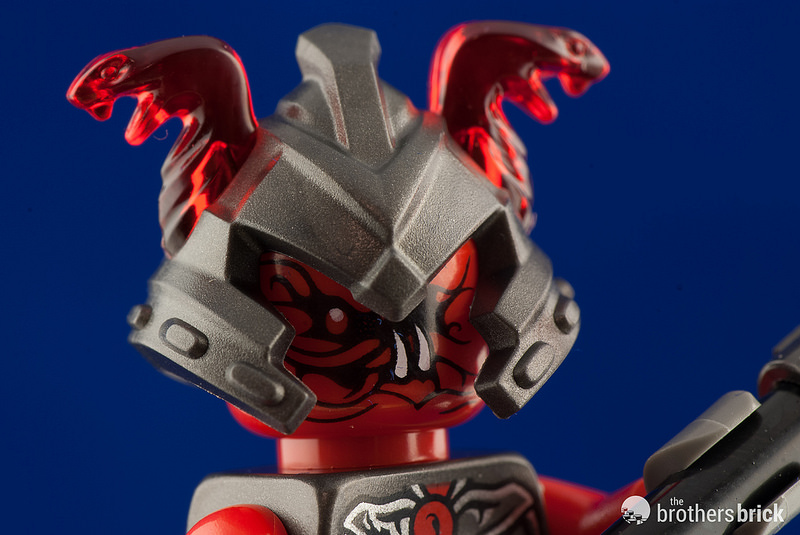 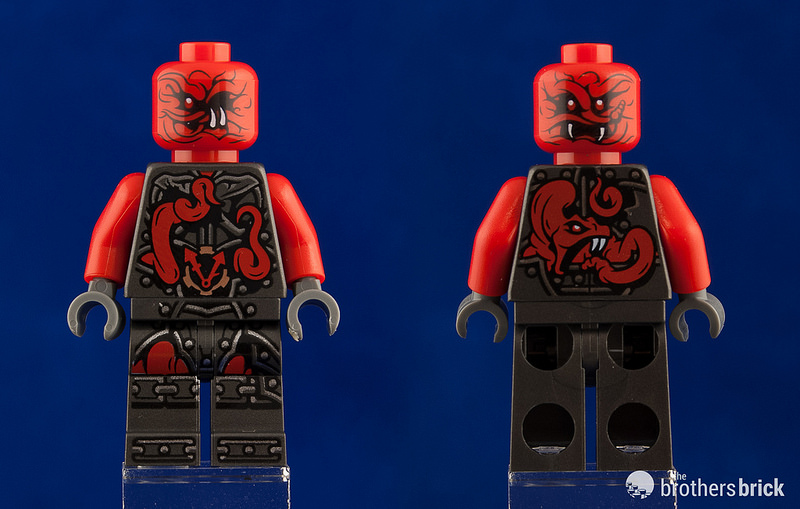 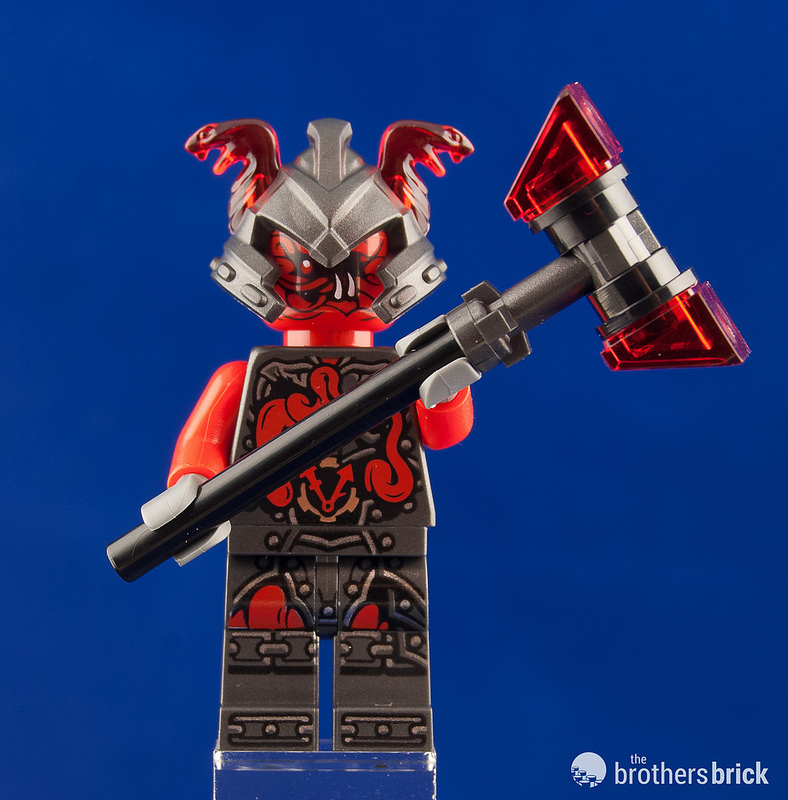 Slackjaw is my favorite: he has both new helmet and armor elements in pearl dark grey, and the two fit together perfectly. The helmet features stylized snakes off both sides and as an emblem in the front. The matching armor sports snakes on both shoulders and a very detailed chest piece showing individual overlapping plates, much like traditional Samurai armor. Beneath the armor, his torso has a snake with a closed mouth on the front, and a hissing face on the back. 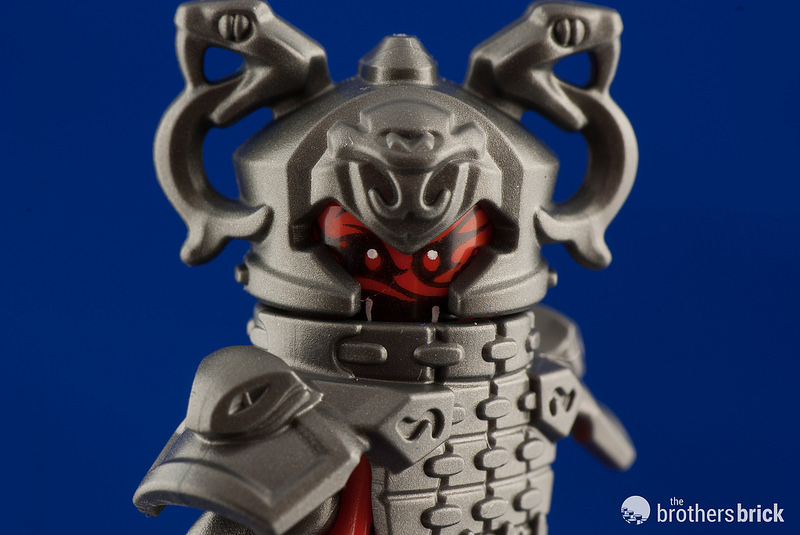 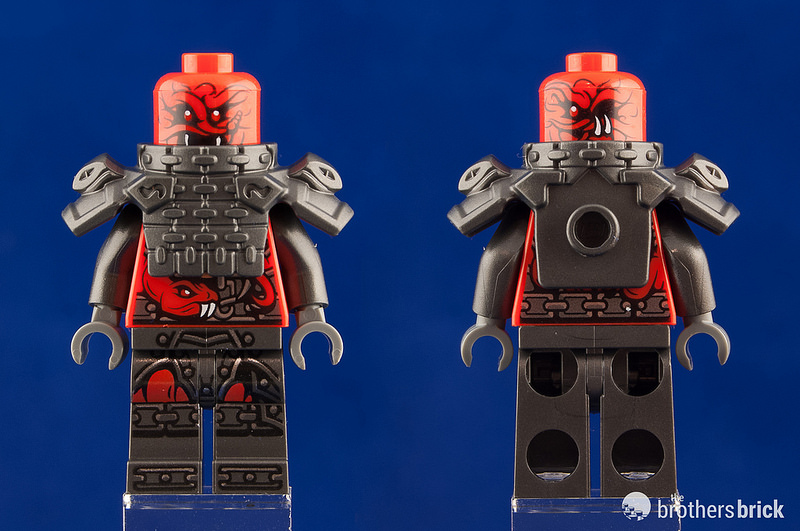 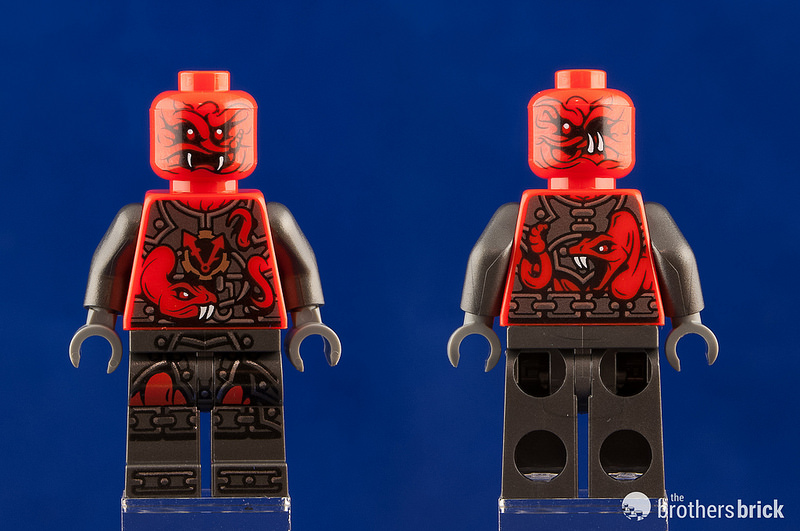 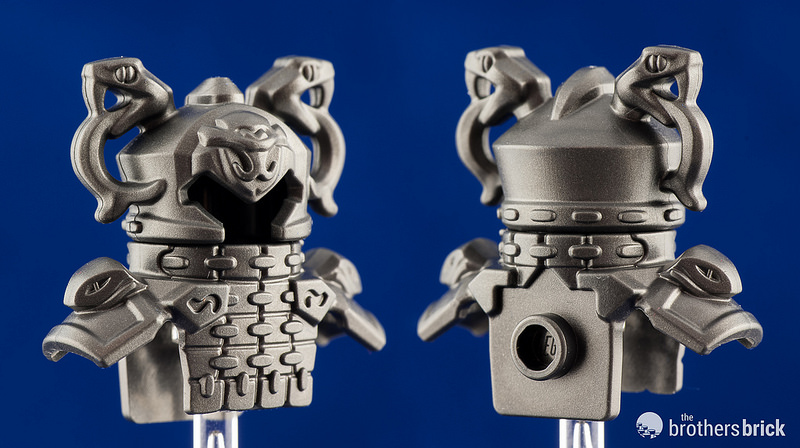 While the set is a tad high on the price-to-parts ratio, it’s nevertheless an excellent buy. The pieces are highly useful in other applications, and the set itself is well designed and fun. However, the minifigures stand out — particularly Slackjaw, who is a particularly awesome figure to get in a set this small. If you’re curious about the new Ninjago lineup, this set is a great way to see some of the new elements and characters.

70621 The Vemillion Attack retails for $9.99 and is currently available on Amazon.