“Let us never forget that government is ourselves and not an alien power over us. The ultimate rulers of our democracy are not a President and senators and congressmen and government officials, but the voters of this country.” – Franklin D. Roosevelt 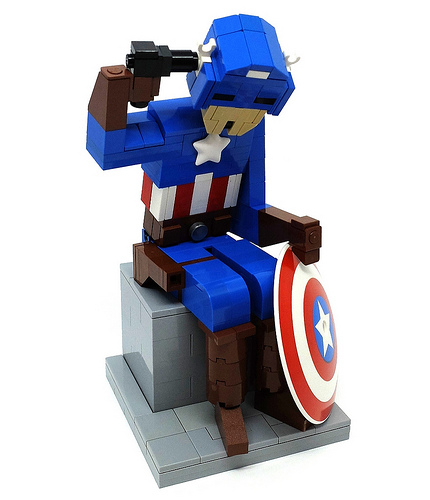 I wouldn’t dream of telling anyone else how to vote, let alone people who live in a different country to me. However, to any external observer (and to most of the Americans I’ve spoken to) the current Presidential election campaign has been singularly depressing in its negative tone. And that’s what prompted me to build this model.

Here’s hoping whoever wins out in tomorrow’s vote will at least attempt to heal some of the divisions that have opened up. Whatever happens, if you don’t vote, you can’t complain.

LEGO Builders Of America — from our worldwide team of contributors to our friends in the USA — put your bricks down for a little while tomorrow and go exercise your franchise.