“Are you busy in May?”, was a question I got in an e-mail early this year from my friend Ed Diment, co-director of Bright Bricks. The organisers had asked them to build models for a LEGO event in Dubai and to get in touch with fan builders, with large collections of models they would be willing to display at the event. 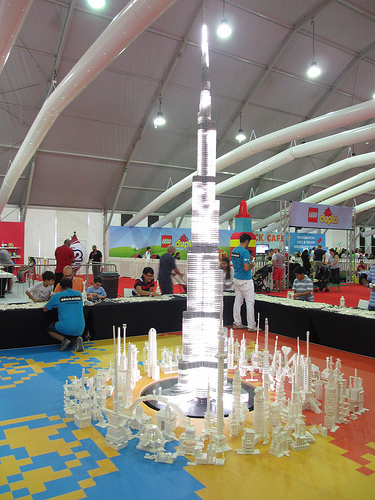 The event in question was Stack and it was the first of its kind in the Middle East. I’ve been very fortunate to attend many different LEGO events in Europe and in the US, but I knew this one was going to be special.

Dubai is one of seven United Arab Emirates and is wedged between the edge of the Arabian Desert and the south-western end of the Persian Gulf. Dubai itself has limited oil reserves, but has grown to become a megacity, with people from all over the world. It serves as a major trade, transport and telecommunications hub for the Middle East and has become a popular international tourist destination. Certainly at night, when many of the high-rise building are illuminated, the city looks like Coruscant or Los Angeles from Blade Runner without all the smoke. At times it didn’t look quite real. 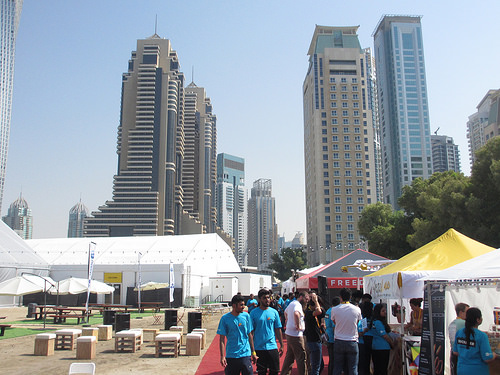 Because of difficulties in securing a suitable venue, Stack didn’t take place in May, but instead took place little more than a week ago. The issue with the venue was solved in an unusual way: it was built especially for the event. Two air-conditioned pavilions were erected on a piece of empty land between the Dubai Marina and Skydive Dubai. This was not without drawbacks. The night before the event opened, parts of it still looked like a building site, but the next morning the mess had fortunately been cleared up by an army of workers. On the second day, the generators that provided power for the light and air conditioners failed briefly because the fuel truck didn’t show up and on the last day, our pavilion was literally taken apart around us, as we were packing up our models. Since the venue was situated on what is essentially a patch of desert, dozens of cleaners were required to keep the sand off the carpet. As expected, this was not an everyday event. I’m amazed it all came together, but that is the Dubai way, apparently. 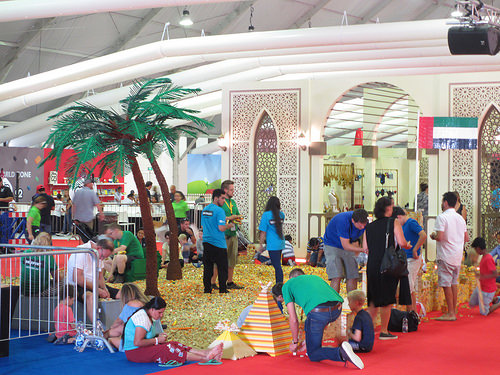 Most of the events I have attended are focused on showing fan-built models to the public. Stack was primarily aimed at activities for children. The largest pavilion housed some impressive models built by Bright Bricks, such as the LEGO souq that I featured in my post about the event last week, but was mainly filled with play areas where children could build things for themselves, play LEGO-themed computer games, could experiment with Mindstorms or help complete a mosaic on behalf of the charity Fairy Bricks. It also housed a bouncy castle, which left some nasty burn marks on the elbows of a few of the AFOLs who should have known better, but couldn’t resist going down the slide anyway in the evening. 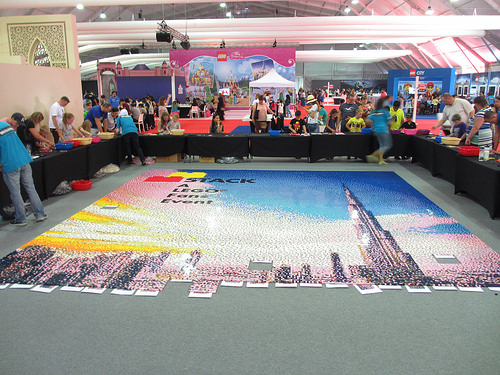 The second and smaller pavilion was reserved for the fan zone, with models built by roughly two dozen AFOLs, who had been flown in from Japan, Jordan, Brazil, Portugal, the Netherlands and the UK. Two local fans were also displaying their collections. I am not going to mention everybody who was there, but they were all great. One of the local builders, Manohar Raju, is a LEGO train collector originally from India, who got to know LEGO through his aunt who brought over presents on trips from Europe. I finally got to meet fellow car-builder Firas Abu-Jaber, whose supercars we have featured here many times. Stack was his first LEGO event. He took all of his cars to Dubai and is one of the nicest people you could ever hope to come across. Everything had been arranged for us. We stayed in a hotel that, certainly by Dubai standards was nothing fancy, but it was perfectly adequate and had a bar where alcohol was served and offered a decent breakfast. Transport to and from the venue and the airport had been taken care of and, in addition to the pavilion, we had our own cabin where we could seek some peace and quiet every now and then. The food at the event was excellent with plenty of healthy options instead of the soggy fries and greasy burgers that seem the standard fare at other events. 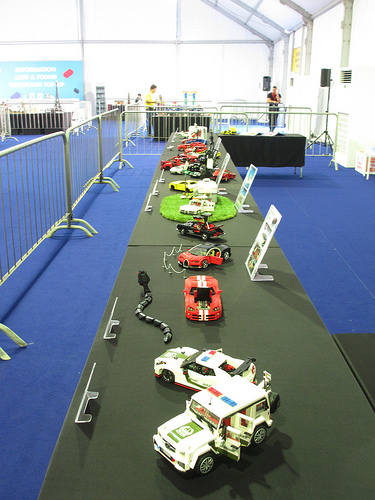 On Wednesday and Thursday mornings we had a few school classes visiting and later in the afternoon and evening, the event was open to the general public, but it was very quiet at times. This was not necessarily good for the organisers, but as fans, we’re our own audience too and we had plenty of fun just hanging out, goofing off and chatting among ourselves. The relative quiet also meant that we did have the opportunity to have somewhat longer conversations with the few visitors that were there. Friday and Saturday are the weekend in Dubai and things were a lot more lively during these days. Dubai is a very international city and so was the audience. There were several recognisable LEGO fans, including one with a classic-space T-shirt, as well as readers of The Brothers Brick who remembered seeing some of the builds in the show on-line. There was still plenty of opportunity to talk to visitors and to explain that most of the stuff we were showing were in fact our own builds and not things you can buy in a store somewhere. The notion that you can create your own models and not just build from instructions wasn’t novel in Dubai, but I am hoping that our builds inspired some of the young LEGO fans in Dubai to get building their own models too. 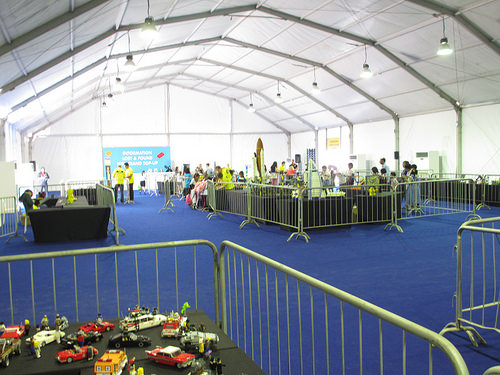 Many thanks to Anton, Luke and their team for inviting me and for taking good care of us. It was a great experience. Dubai was a great location and it was special to meet fans from all over the world. It’s wonderful to find that, wherever they are from, they are a friendly bunch. I’m already looking forward to a next event.