The Game of Thrones universe is full of amazing structures, including a ginormous wall of ice, pyramids, and even a castle half-melted by dragonfire. But my personal favorite has always been Pyke, an ancient castle built upon the cliffs of the Iron Islands of Westeros. Anu Pehrson‘s LEGO version of the Greyjoy stronghold is breathtaking. Anu, who won an award for this creation at BrickCon recently in Seattle, perfectly captured the rickety towers connected by rope bridges and the eroded, mossy cliff faces. There’s even salty brine covering the lower rocks! 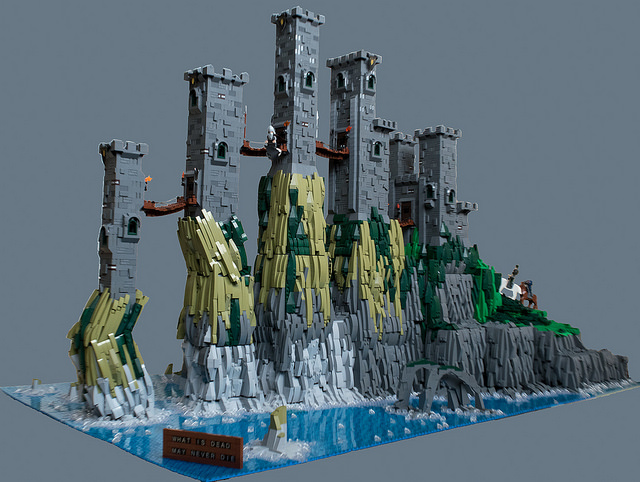 The landscaping in this large LEGO creation are worth a closer look, with blocks of green breaking up the gray cliffs. 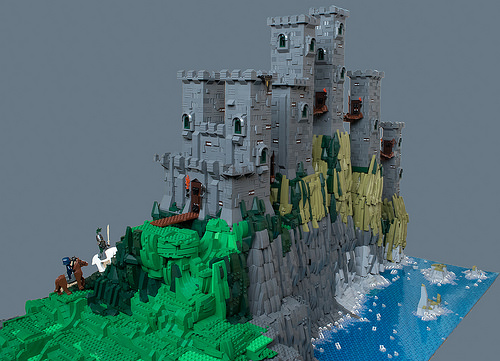