As an adult LEGO builder and physicist, I think some people would argue that I am somewhat of a geek. One geeky thing I hadn’t done yet was attend a Comic Con. This changed last weekend, when I joined eight other members of Lowlug in displaying a wide variety of pop-culture LEGO models at Comic Con Amsterdam. Among them was Wayne Manor by Monstrophonic, which TBB blogged in July. 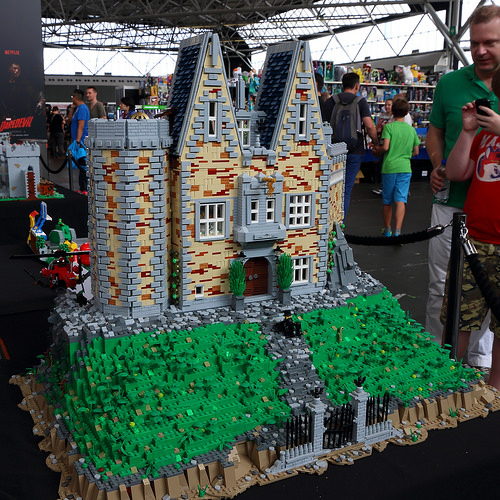 Among the many attractions at the event were vendors selling comics, other collectibles or clothing. There were a few displays of movie memorabilia, you could have your face made-up to resemble a walker from the Walking Dead and could have your picture taken with a number of stars or simply meet them and get their autographs. Two of the better known actors who where there, Robert Englund and Peter Mayhew, are somewhat ironically mainly famous for roles in which their faces were invisible (Freddy Kruger and Chewbacca), but the queues for meeting them were long. 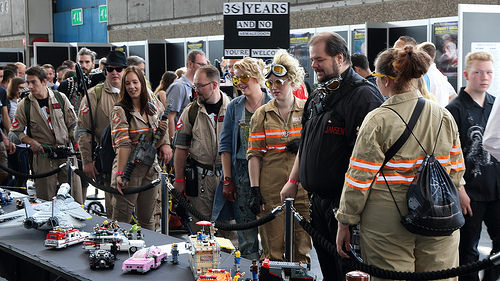 One of the main attractions of the event, however, was the public itself. Probably about one third was dressed up as characters from movies, games or comics. Their pictures are not LEGO-related, but be sure to check out Barry’s album with some of the cosplayers. How often do you get to see people dressed up as members of the Ghostbusters looking at LEGO versions of their favourite characters or get to discuss some of the more obscure Star Wars vehicles with a fan in a Stormtrooper outfit?

Unsurprisingly Star Wars was very popular among the crowds and we had loads of Star Wars LEGO models on display. These included an enormous model of Kylo Ren’s Command Shuttle by Jourian Bax. 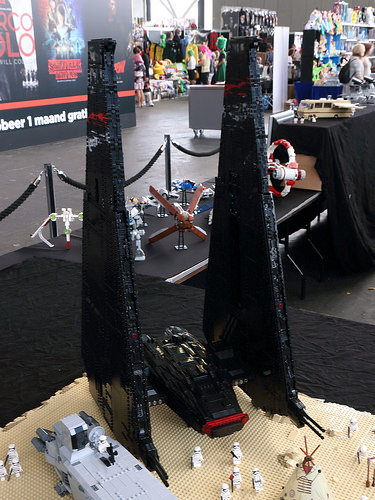 HJR-Holland brought along his extensive collection of Star Wars models, including his Star Wars AT-IC. 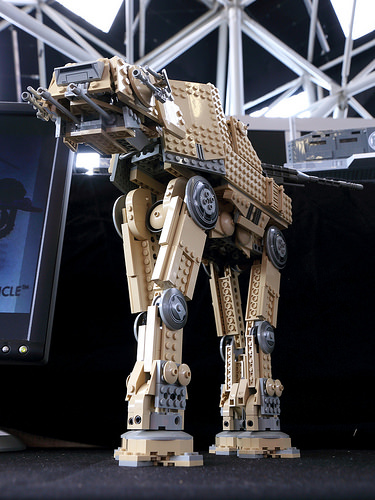 A bit more unusual among the Star Wars models and not (yet) seen in any of the movies was the Rancor mech by Barry Bosman, who also took the majority of the pictures in this post. 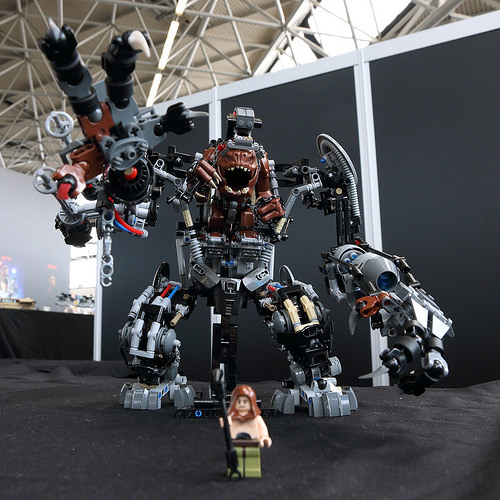 I displayed a selection from my movie vehicle collection, mainly geared towards action and science fiction movies. 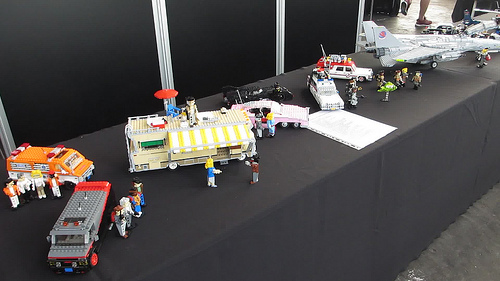 One of the models displayed by Largebricks was the Broken Tower of Winterfell from Game of Thrones. 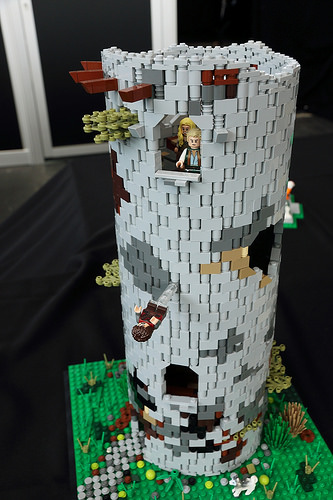 Rebla, who is mainly known on-line for building realistic models of WW-2 tanks, showed he has a humorous streak by building models from the Advance Wars game. This made some of the gamers among the audience very happy. 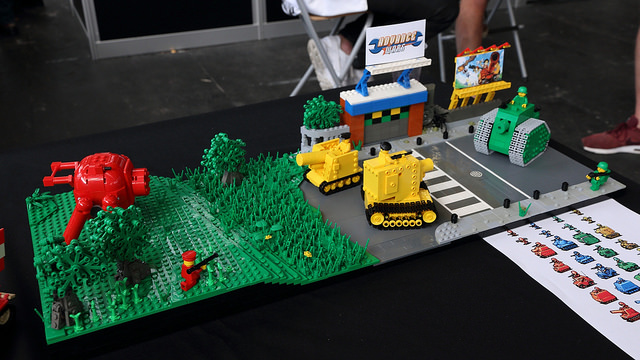 Last but not least was a very funny mashup of Dr. Who and Back to the Future built by Tijger-San and workfromtheheart, that had fans of either poring over the details. 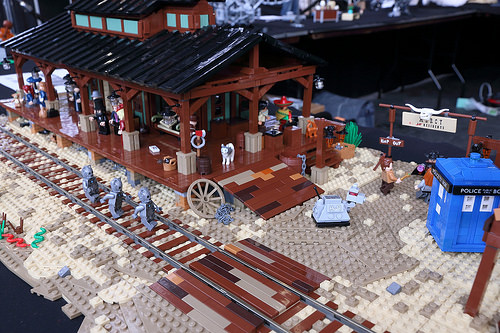 I’ve displayed models at dozens of events in the last ten years or so, but most of these were dedicated to LEGO. Comic Con was obviously different. This event is a celebration of geeky things, where it is perfectly normal to care so much about a comic book, game or movie that you go to the trouble of dressing up as one of the characters. Some visitors expressed surprise that the models we were displaying weren’t LEGO sets and that we weren’t selling anything. We were there just for fun and it was fantastic fun, indeed. The people were great and we fitted right in. As adults building pop-culture models with LEGO, we could hardly have wished for a more appreciative audience.