One of the wonderful things about the LEGO system is that you can build things at many different scales, in immeasurable combinations, much like the mind-blowing complexity of the universe itself. VAkkron has built this lifelike, instantly recognizable bust of the great physicist and mathematician Sir Isaac Newton, with his flowing hair and distinctive chin. 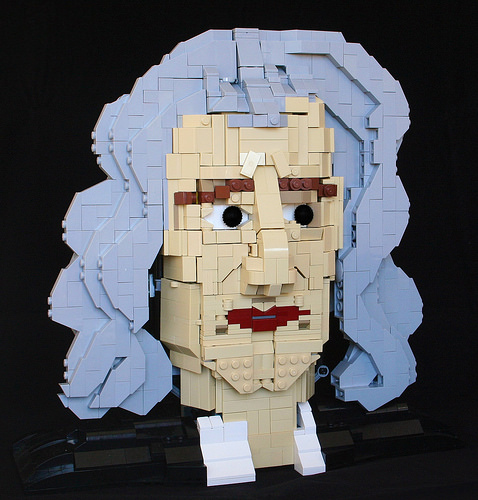 The builder has even captured a contemplative expression on Newton’s face, with eyes gazing off to one side. 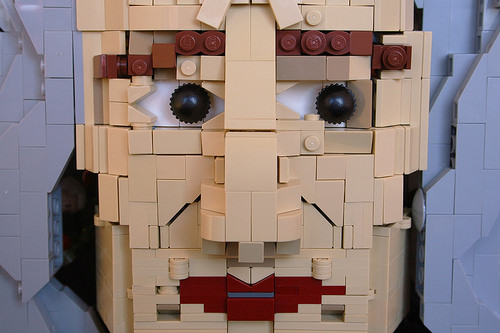 Scenes from Newton’s life pop out of his head. On the left, his early life in Woolsthorope and Cambridge, including his iconic discovery of gravity. 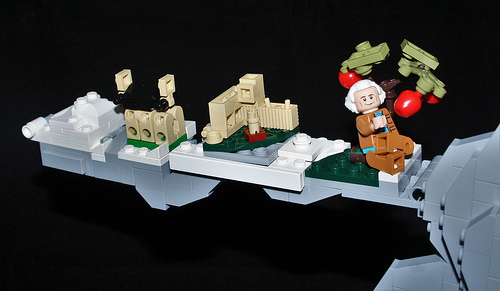 On the right, Newton’s discoveries on refraction of light, and invention of calculus. 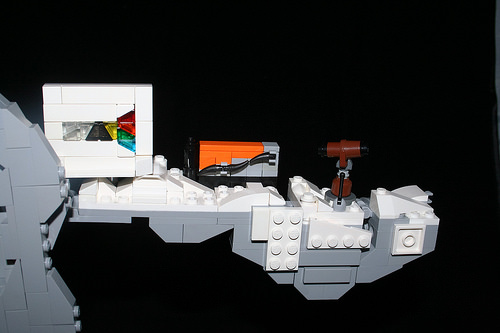 Finally, an orrery depicting the Laws of Motion pops out of the top of Newton’s head. 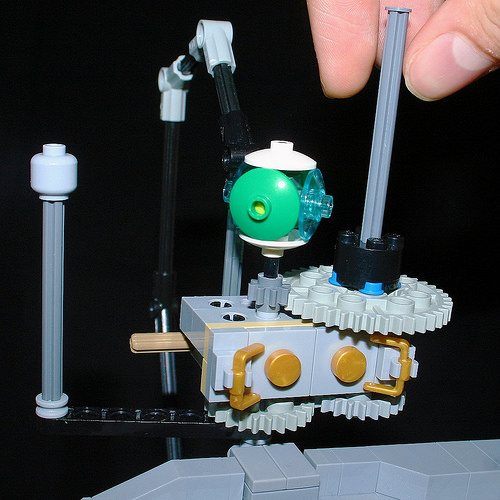 What I love most about this fantastic LEGO creation is that it uses a life-size sculpture to contain minifig-scale, microscale, and even “nanoscale” scenes all tied together around a common theme.

2 comments on ““This most beautiful SYSTEM” – Isaac Newton in LEGO”