Some builders write lengthy backstories for their LEGO creations, making sure to share with viewers every detail of why their model is the way it is. Other times, the model just speaks for itself, leaving you wanting to know more. Personally, I prefer a bit of mystery. LEGO 7 presents this adorable character who looks like he stepped out of a manga or anime series, though I think the little fellow is entirely original. With an owl-shaped helmet, impish grin, and weapons pointing in every direction, he looks ready to take on the whole world. 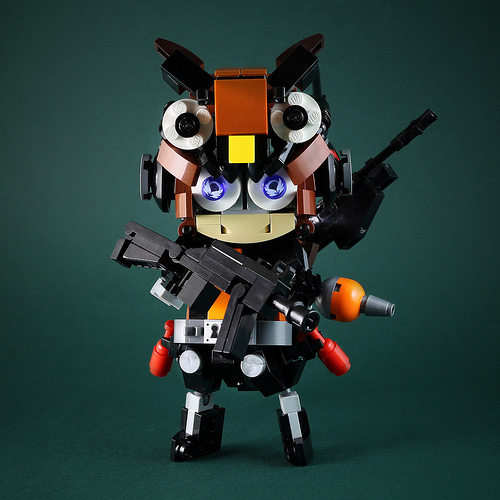 The character’s purple eyes are from LEGO Elves sets, and LEGO 7 has provided him with a range of equipment, including a gas mask and sniper rifle. 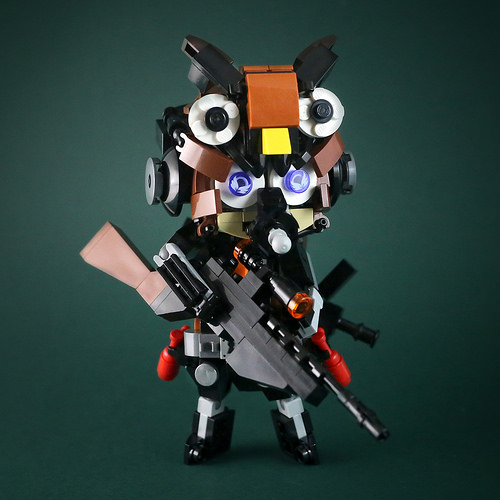