I’ve never heard of the ancient board game Ard Ri (more commonly known as Tafl or Hnefatafl), but this beautiful LEGO version built by Dan Harris and his girlfriend Dot makes me want to learn how to play. One of the oldest games in the world, Ard Ri (which means “High King” in Gaelic) was a Scottish variant of tafl played on a 9×9 board. Dan built the board structure and the stunning figurines that look like they were hand carved from ivory and wood. Dot built the incredible cheese slope mosaic which serves as the game’s board. I love the ship silhouettes and the intricate scrollwork and dragon head surrounding the king’s seat. 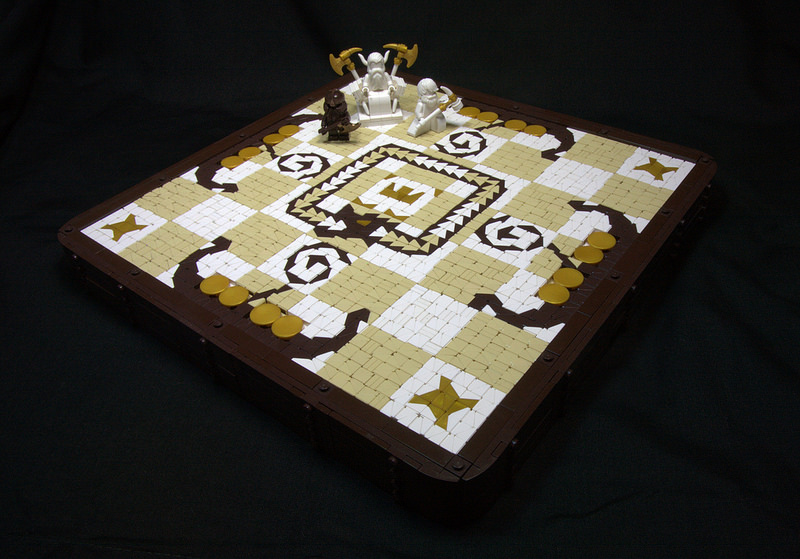 The rules of the game are pretty straightforward. Using 8 soldiers to protect his king, the defending player must move the King from its starting place at the center of the board to one of the four corners. If the King reaches a corner, he escapes and wins the game. The opposing player, of course, must use his 16 soldiers to stop the King from escaping. All game pieces move horizontally or vertically through any number of unoccupied squares (like a Rook piece in chess) and pieces are captured by “sandwiching” an opposing player’s piece between two of your own. (I like to imagine that each of the victorious soldiers on either side of a captured piece grabs one of the captured soldier’s elbows and politely, but firmly, escorts him off of the board in the fashion of two mall security guards escorting an obnoxious teenager out of a store.) To capture the king, you must surround him on all four sides (two security guards per elbow). The game ends when the King either escapes or his captured. 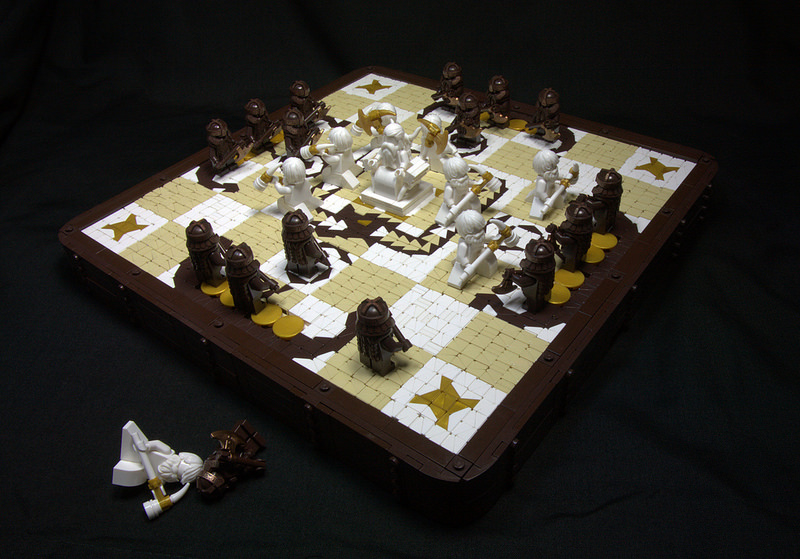