One of my favorite minor characters in J.R.R. Tolkien’s The Lord of the Rings books is Radagast, a wizard like Gandalf and Saruman who cares for the plants and animals of Middle-earth. I really kind of hated how Peter Jackson blew up The Hobbit into a bloated monstrosity of a movie trilogy, but I did deeply enjoy the extended screen time that Radagast had. Who can fault a sled towed by a team of enormous rabbits, handled by a man with birds’ nests in his hair? Real-life Middle-earth resident David Hensel recently built this enormous version of Rhosgobel, the house in Mirkwood where Radagast lives, for the Christchurch Brick Show this weekend. 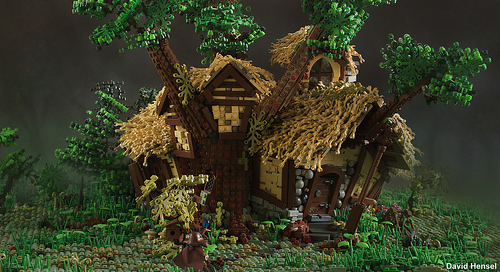 The largest LEGO creation he has ever built, David says that the build includes twenty to twenty-five thousand LEGO bricks, and measures 77 cm (30 inches) on each side.

This bird’s eye view shows just how huge the build really is, with Radagast walking along the path on the left side of the scene. This photo also shows off David’s skill at incredibly detailed landscaping, from the varied flora at ground level to the trees around and into which the house is built. 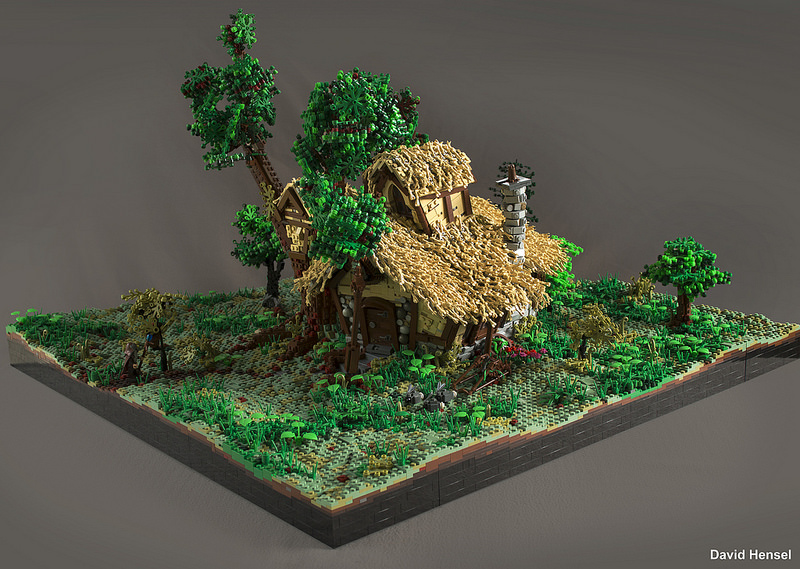 The roof of Radagast’s house is built from the arms of Star Wars battle droids, and the whole thing includes David’s signature level of detail. Just look at the stonework around the brick-built front door, which has hinges made from minifig hands. 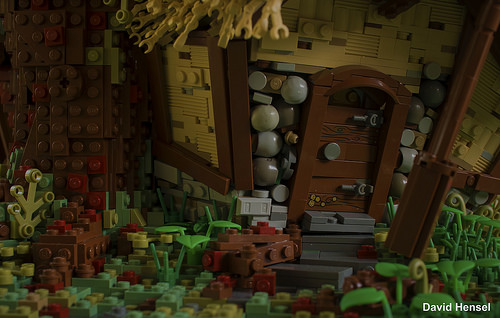 The whole build is modular so that David can take it to LEGO shows, and he plans to display it around New Zealand over the next year, since it’s too big to fit in his own house! You can see more pictures in David’s thread about his creation on Eurobricks, and see it in person 16th & 17th July at Horncastle Arena.

1 comment on “Rhosgobel: The home of Radagast the Brown from The Hobbit & LOTR”