Along with the Boeing B-17 Flying Fortress, the B-25 Mitchell with its iconic twin tail fins is one of my favorite World War II aircraft. As more and more LEGO elements have become available in dark green, nelsoma84 and Florida Shooter have been collaborating on a design for the venerable bomber.

Here’s nelsoma84’s Mitchell in its Pacific Theater gunship role with the “Air Apaches” of the 345th Bombardment Wing. 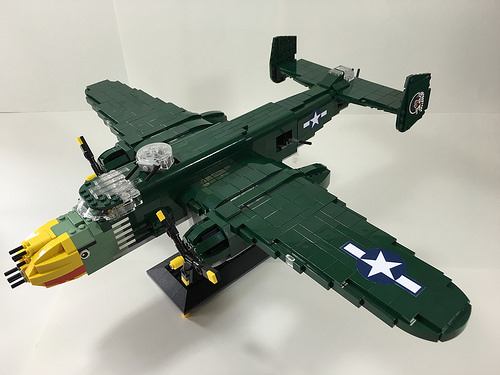 The builder says that the eagle-head nose — here with its ferocious complement of .50 caliber machine guns (there were 18 total on the airplane!) — is modular, and can be swapped out for a clear nose. 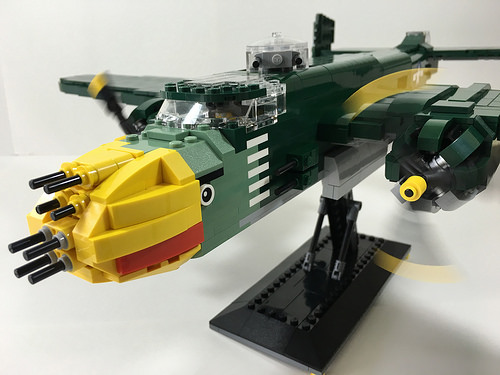 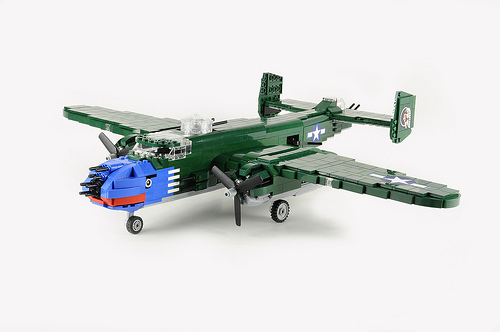