Several months ago, Kenneth Vaessen built a Soviet MiG-23M ‘Flogger’, which we failed to blog at the time. His latest model is a German Marineflieger Panavia Tornado IDS. Both are classic Cold War warriors, but somewhat unusual as LEGO models, which makes them even more interesting. 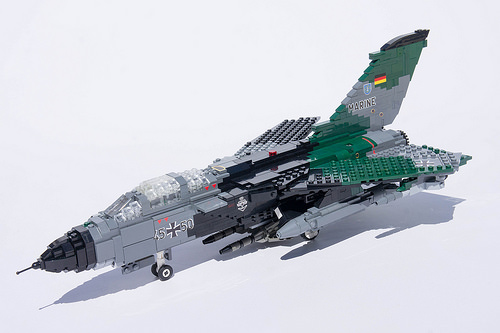 The Marineflieger version of the Tornado was used for anti-shipping missions over the Baltic and North Sea, armed with two belly-mounted Kormoran missiles, while the ‘Flogger’ was mainly used for air-to-air missions. These missions may seem very different, but the jets’ configurations have a major feature in common: the swing wings. In their most forward position these improve slow-speed manoeuvrability and allow more efficient cruising flight; to reduce drag for high-speed flight they are swept back. 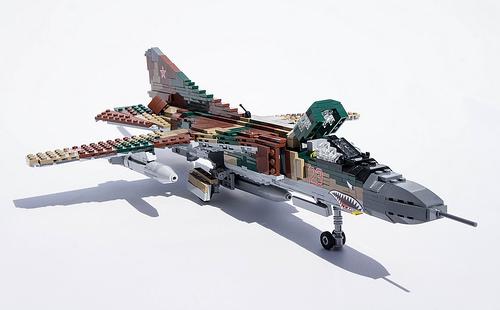 When these jets were designed in the sixties, this was all the rage. The variable sweep on the wings works, the models have detailed weapons, retractable undercarriages (certainly no mean feat on the MiG), opening canopies and other nifty working features. They look great in their excellent brick-built camouflage.