It’s been nearly four years since we first highlighted Jason Allemann’s LEGO marble maze, and nearly a year since the LEGO Ideas team announced that Jason’s project had been approved as a future LEGO set. Jason Allemann and his kinetic sculptures will be familiar to regular readers of TBB — it seems like not a week goes by when we don’t highlight one of Jason’s amazing LEGO creations, so we’ve been excited about this set for some time. But good things come to those who wait, and LEGO has finally unveiled LEGO Ideas 21305 Maze. 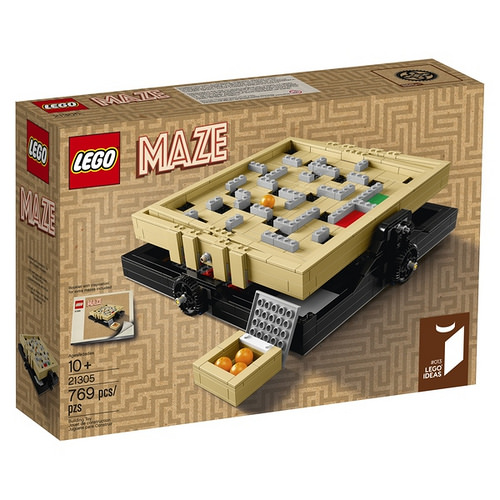 In addition to the basic design shown on the front of the box, the set includes a second, castle-themed maze design. 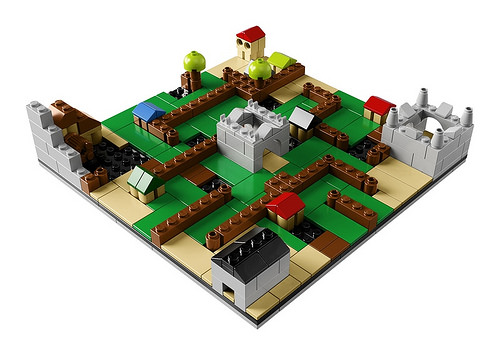 The back of the box shows how the two mazes swap in and out, and how the tilt controls work. 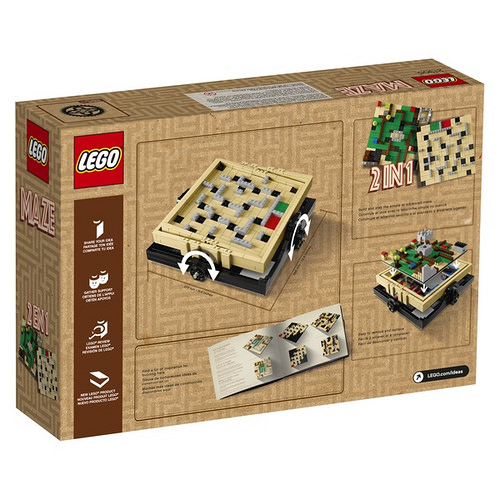 Everything in the set is of course brick-built, including the little storage box for holding the LEGO balls. 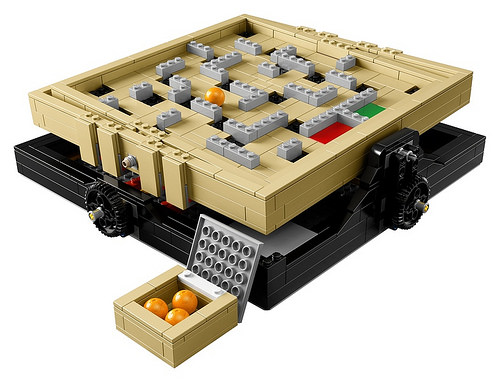 LEGO Ideas Maze – The reinvention of a classic!

The latest LEGO Ideas product reinvents the classic ball and labyrinth game, but adds a twist of creative LEGO building to the fun.

Built entirely from LEGO elements, the LEGO Maze consists of a base frame and a simple tip and tilt mechanism made up of LEGO beams and axles. You turn the wheels to move the maze up and down or from side to side guiding the ball away from the traps.

The interchangeable maze system means you can easily swap maze plates without having to rebuild the entire game. Once you’ve mastered the two maze designs included with the set, you will find lots of inspiration to start creating your own mazes using the bricks included or any of your own LEGO elements.

The set also includes a removable container to store the balls and a travel lock that keeps everything in place when you are carrying or storing the game.

This is the 13th product in the LEGO Ideas series, this time designed by LEGO fan Jason Allemann who has always been fascinated with this classic game.