We’re pleased to bring you our second LEGO Elves Dragons review! Last week, we reviewed 41176 The Secret Marketplace. This week, I am reviewing 41172 The Water Dragon Adventure, provided by LEGO. This set has 212 pieces and is expected to retail for $19.99 when it debuts in March. 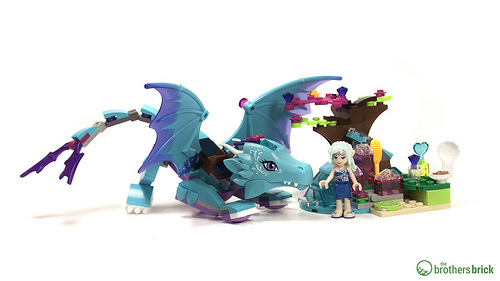 The box includes two bags (bag one for the dragon and bag two for the water feature), along with a separate small bag for the head. The wings are free-floating in the box. While there are only three new element molds in this set (the dragon’s head, jaw, and wings), many incredibly useful pieces are available in medium azure for the first time.

The water dragon is medium azure and lavender, with plenty of curved slopes in both 1X2 and 2X2 sizes. The set comes with a number of the modified 1×1 veritcal tooth piece in medium azure, used as scales on the dragon’s limbs. She has a magenta and purple ribbon on her head, made using the Friends bow piece and a purple flipper. 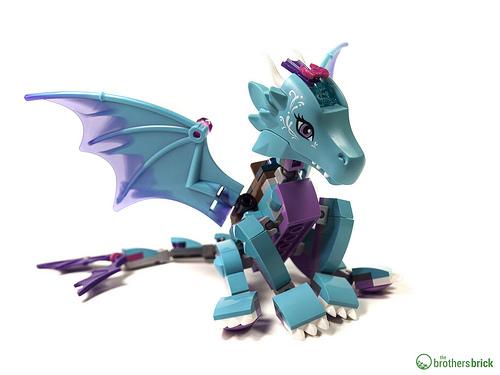 The new head piece is printed, with lavender/medium azure eyes and a decorative motif to match Naida, the water elf. This is the only printed piece for the dragon; the set comes with stickers to add embellishments to the dragon’s chest, feet, and tail.

I really appreciate that the dragon’s limbs are intentionally shaped liked limbs. They’re organic looking, which lends itself well to the overall design. It makes her look more like a sculpted toy or action figure while still looking decidedly like LEGO. It reminded me a lot of the dragons from LEGO’s Vikings theme: a build I can pose and play with that is far less limited than the dragons included with Ninjago, which feel a bit stunted. 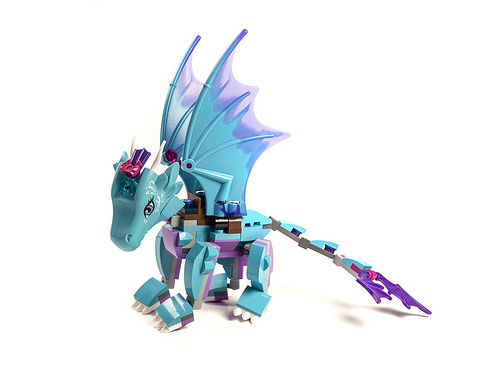 I adore the dragon. I think she’s well designed for the price point and quite articulated, allowing plenty of play with the finished model. I would have preferred an elbow joint, allowing for three points of articulation for the legs, but I understand with the size how this might not have been feasible.

The secondary model is a water feature. I was significantly less impressed with this. When building the dragon, I could see the model take shape, and understood where it was going. The terrain feature felt shapeless while I was building it. I’m not overly impressed with the finished model, either. It has a small medium azure catapult to fling things at the dragon, and a hidey-hole to store the binoculars. I would have rather seen this as a much smaller build with more parts devoted to the dragon, such as adding more points of articulation for her neck and legs. 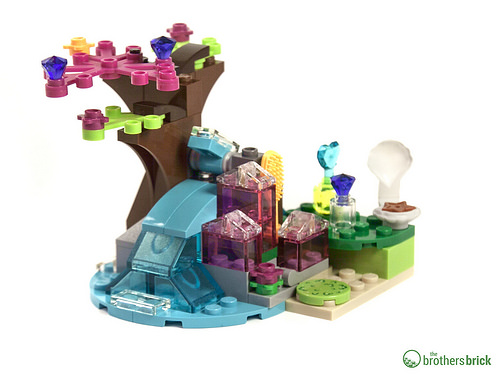 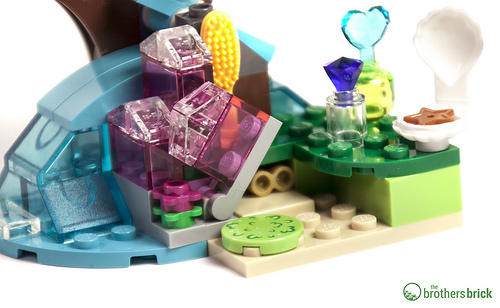 Overall, I recommend the set. You will get great pieces for the cost of the set, and the dragon herself is wonderfully designed. 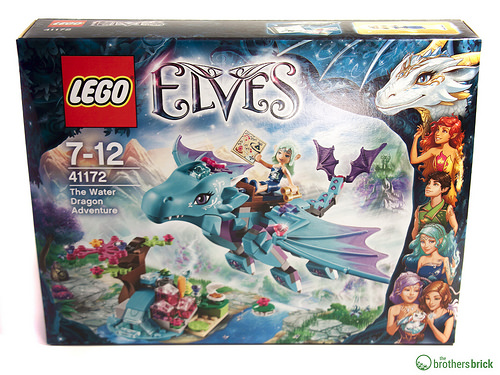