It’s the Lemur here. Just got back to the compound after a great weekend in Seattle, at BrickCon. There were lots of tasty creations there and I was able to get my paws on all kinds of cool swag.

Caylin let me check out everything on the condition that I not break anything and that nothing got eaten. I took a few little nibbles here and there but was able to stay out of trouble, for the most part. I did accidentally clear the building during public hours, but that really wasn’t my fault. Who knew the shiny red “fire alarm” panels weren’t for public consumption? Anyway, the Fire Department responded quickly, nobody got hurt and I got to sit in a fire truck.

Paul Hetherington won “Best in Show” with his motorized Steampunk robot called “Unchain My Heart”. It kind of creeped me out but it was very well built. I even sat on its head and no breakage occurred. 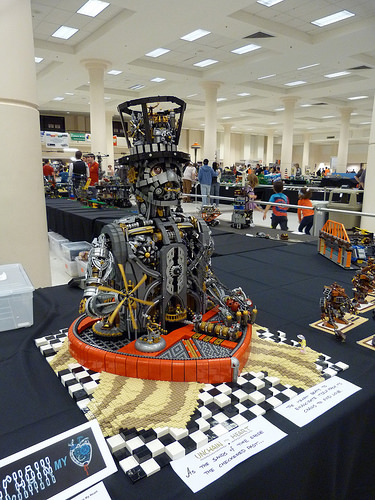 There were lots of cool mosaics: 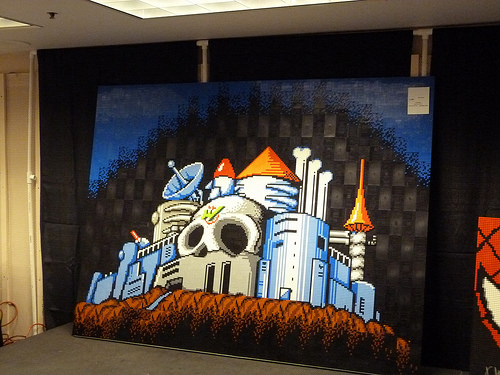 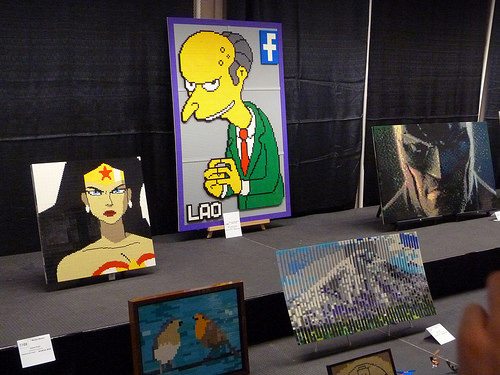 And I made friends with a bug-eyed alien. 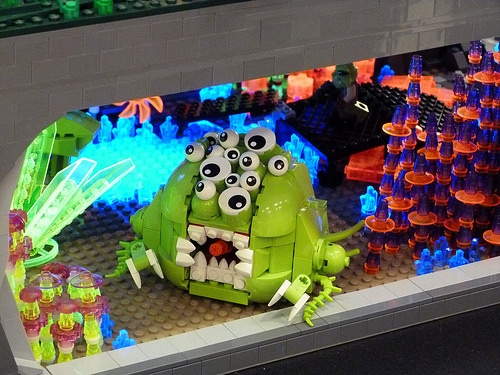 (many thanks to Lino for the pictures!)

There were many, many more cool things to see. Check out the BrickCon Flickr Group for more pics of the creations, people and goings-on at the Con! 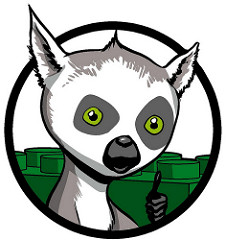 I did have one email waiting for me when I got back to the compound, so I thought I would answer it here since it was in regards to my time at the Con.

Curious in Washington writes:
“Dear Lemur, Did you get any action at BrickCon?”

Thank you, dear Curious, for asking about my weekend. There is tons of action to be had the Con! It is truly an action-packed weekend. Some of my best experiences came with this one really sterling individual.

He had the most interesting hair. It was green and pink and tasted like those little ‘Smarties’ candies. We met the first night and became hot-tubbing buddies right off (six hot-tubs, ftw!) and hit about 7 different sushi bars.

Apparently his wife was annoyed at our shenanigans because she got all up in my face, yelling something about our “sorted affair”. Not sure what she was talking about, because we didn’t sort anything. She is probably worried because I’m not the first cute, cuddly, little animal with which he’s been obsessed, as this picture shows.

Build On!
A. Lemur