The Clone on a Plate Contest wrapped up with an astounding 124 entries! This one day flash contest kept everyone here on the edge of their seat to see what the creative LEGO geniuses out there would come up with! This isn’t our biggest contest ever, but if we extrapolated the number of entries over a typical contest length of a month this would have generated a whopping 3840 entries!

With so many entries we had a very hard time determining what would be worthy of the COAP Prize Pack. It was a tough for the contestants as they were given just one instruction: “Clone on a Plate”, with multiple interpretations:

From an artistic side, I think we all agreed VerSen‘s “Walk on the Water” entry was simply gorgeous: 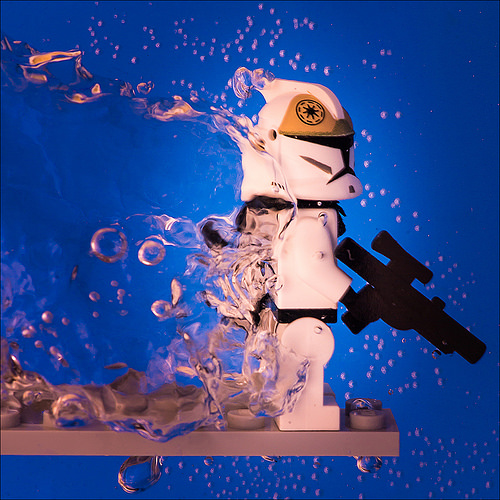 Equally artistic, with a very Shepard Fairey entry, we have Nick Royer (HJ Media Studios) with a cool rendered clone and some 3rd party weapons: 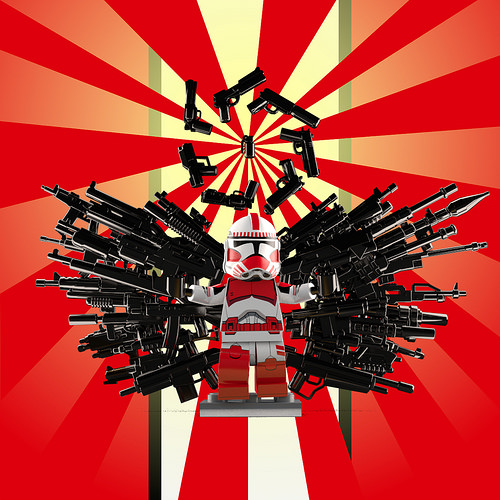 Many went for the puns on clone and plate, with entries ranging from: clone (brand) on a (dinner) plate, clone on a (tectonic) plate), clone (sheep) on a plate, or clone (food/GMO) on a plate. There were others that did a fantastic job adding their own personal flair to their clones, and a few less flattering entries.

But the winner of the Prize pack was the entry that made us laugh the most. Despite the fairly obvious method of creating entries, Jonas (Legopard) provided the perfect dead pan entry of “Clone on a Plate WITH INSTRUCTION”: 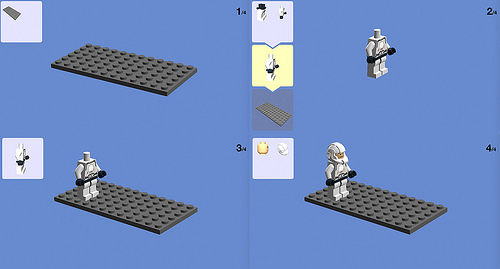 This made us laugh not once, not twice, but three times as Mr. Jonas proceeded to submit his entries to LEGO Ideas, and subsequently get rejected.

And on behalf of the TBB team, I do wish to apologize to LEGO Ideas for the extra work, though I assume that was definitely the highlight of their day, as it was ours.