Jim Henson’s beloved Muppets probably need no introduction, thanks to the international success both of the Sesame Street franchise, and a long series of excellent Muppet movies. But it’s a little harder to gauge how well-known The Muppet Show was. Airing over several seasons in the late seventies, the television show was produced and aired in the UK, as no US network would touch it.

After that, it’s less clear how widely syndicated the show became. But these excellent builds of show regulars Waldorf/Statler and the Swedish Chef by German builder Andreas Weissenburg (grubaluk) suggest to me that maybe the show did gain some international popularity after all! 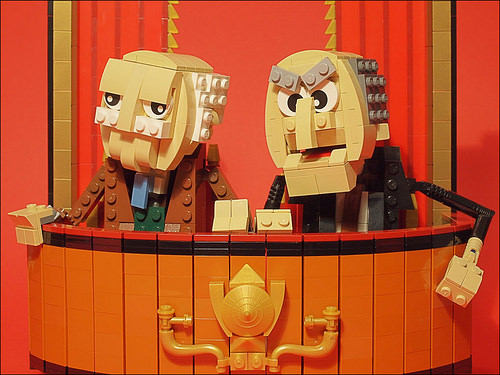 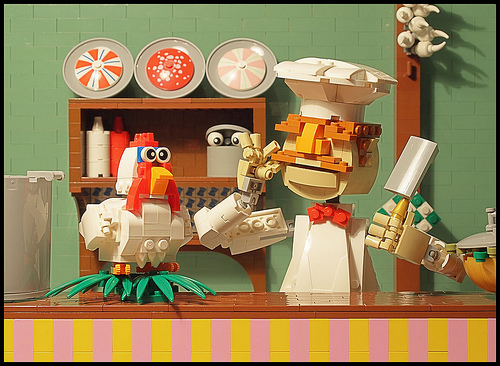 Oh, and a word of warning: If you ever meet someone from Sweden, please please please do NOT ask them what they think of the Swedish Chef …it’s still kind of a sore point with them!

7 comments on ““The second half of this show reminds me of Aspen ...cause it’s all downhill from here!””