Four weeks ago, while most of my fellow Brothers were at BrickCon in Seattle, I made my annual journey to Steam, the Museum of the Great Western Railway in Swindon (UK), for The Great Western Brick Show. I was going to write a report on this shortly after returning home, but have had some health issues lately. Luckily fellow Dutchman Red Spacecat also attended the show and has made my job a lot easier by making two very nice postcard views with his highlights of the show. 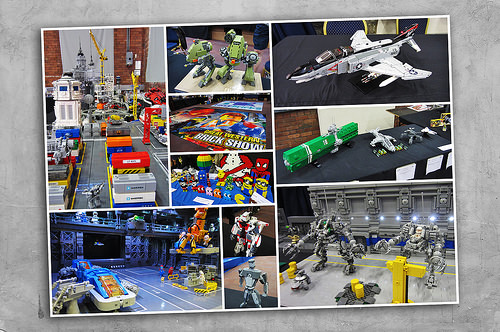 Although a few non-British builders travelled to Swindon, most exhibitors are members of The Brickish Association, which is the main Lego Users Group for the UK, and, as I wrote in my announcement several weeks ago, the show is practically a who-is-who of British builders. Andrew already highlighted the fantastic display of Victorian London, but the quality of almost all of the displays was very high, as you can see in the walk-through video shot by Silent Mode and the detail pictures of the displays made by BrickMick. 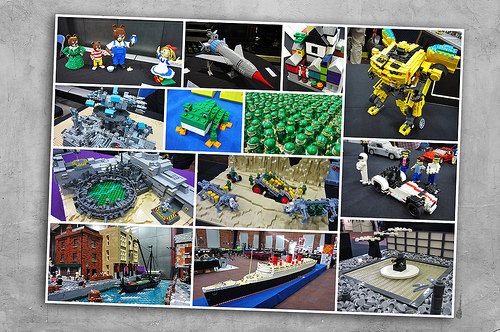 Unlike US conventions such as BrickCon, the show was centred on a two-day long public display. There were some activities for the exhibitors, though. We had a very nice dinner in the museum on the Saturday evening, followed by a hilarious auction (and a long night drinking pints in the hotel bar for some of us). The atmosphere during public hours was also sufficiently relaxed to allow plenty of opportunity to talk to other builders and to look at their models. It was a great weekend.