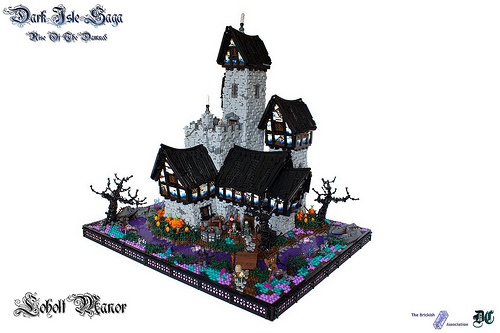 Luke Hutchinson is one of the current top medieval builders and this creation shows why. This is a build that he built nearly a year ago and never posted because he didn’t feel it was quite right. The majority of builders just post whatever they make as soon as it is done. Letting a build sit for a time and then coming back to it later can give you a much better perspective. I call it letting a build ‘age’. Another sign of Luke’s build skill is the standard to which he holds himself. This build wasn’t posted originally because there were a number of aspects with which he wasn’t happy. A good builder doesn’t build to get the “Wow, awesome build!” comments but should be pushing themselves to ever greater things. Do I think this build is striking? Yes, I do. The unique colors, mixed with Luke’s trademark roof profiles and textured walls really make this pop for me. But I’m also very happy to see that Luke is willing and able to self-critique and push himself to a higher level. Well done, sir!