Welcome back fight fans, to Sin City Nevada for another round of Friday Night Fights. Tonight we go big with my favorite superhero: Batman! Coincidentally these two opponents both won the Batman 75th Anniversary contest for BrickFair VA and BrickWorld Chicago, but who will win in the Big Batman Showdown? Let’s go to the tale of the tape.

In the white we have Maddison Stapleton (SunlitEquinox) and her Adam West Batman: 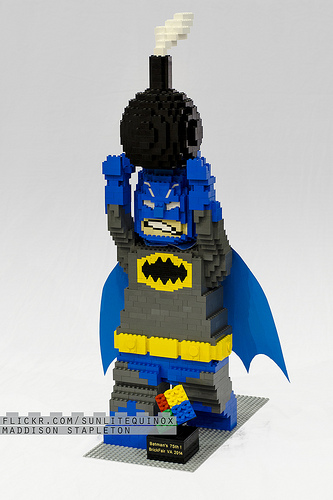 In the black corner we have Tim Lydy (Julius No) with his life-size version of the villain Scarface: 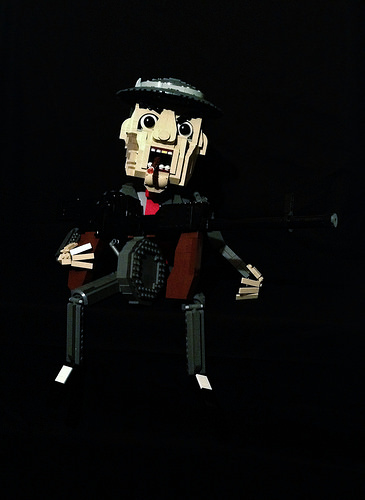