It should come as no surprise at all to long-time readers that the new LEGO Ideas Research Institute has been on my list since the day it was confirmed as a set, if not before. I’m all for more gender-equality in my minifig world, and love seeing sets with female figs. 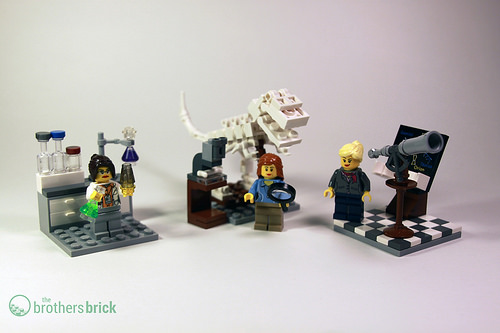 I picked up this set as well as the 21109 Exo Suit while I was on vacation, and admittedly I’ve been waiting to get a chance to break in and build it. Great way to spend the first day back from vacation, I wager.

So let’s get on with the review.

Overall, I really like the set. I think it covers a lot of different scientific opportunities, and I’m all for more female figs. It looks lovely on display.

The majority of the set is basic parts; with the higher parts-to-price ratio, I wouldn’t call it a good parts pack though.

The instruction book, like the other LEGO Ideas sets, is a bound book making it harder to hold it open while building. The first pages include Ellen’s biography and a description of each of the three scientific careers. 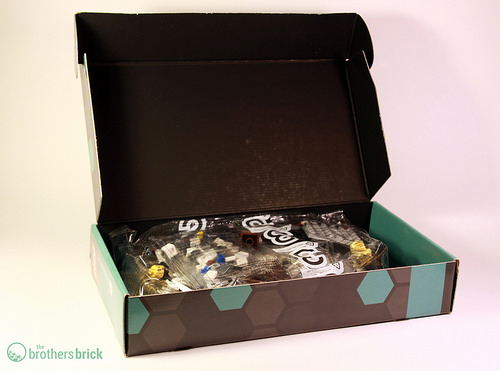 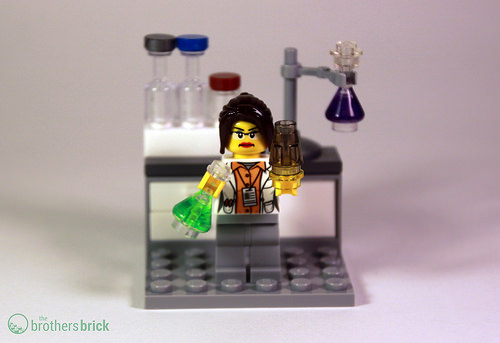 Bag 1 is the Chemist; it’s my least favorite of the three. It’s a straightforward build. I like the included parts, with the flasks and syringes masquerading as pipettes.

This bag also includes your new brick separator, just in case you don’t have one already.

The Chemist herself has an orange shirt with a lab coat, and has back-printing. 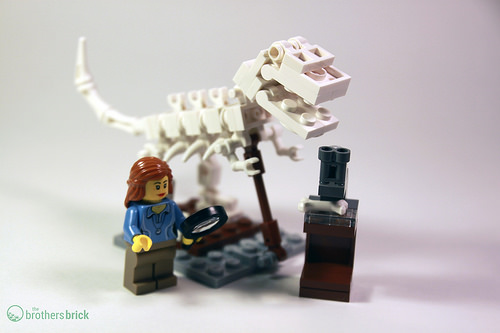 Bag 2 is the Paleontologist. This is definitely my favorite of the three, and the T-Rex skeleton is quite clever, using the nozzles as the feet and base. Unlike the other two builds, this one’s base only holds the skeleton, whereas the other two are a scene in and of themselves.

The Paleontologist also has back-printing. 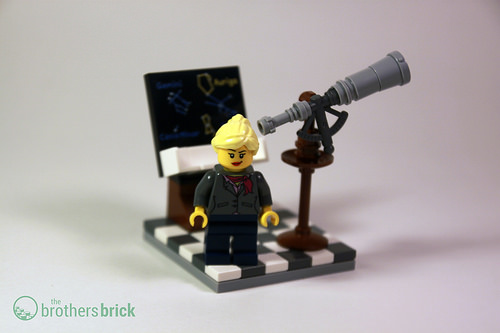 The final bag holds the Astronomer. This one’s fun for me though the build again is relatively simple. Some of you may know I have a fascination with space travel, so having the Gemini and Orion constellations included makes me smile.

The telescope is quite different from the original design, though still effective and likely sturdier, as it’s attached to the base.

The Astronomer does not have back-printing.

from the LEGO Shop once it’s back in stock. Pick it up for anybody in your life (especially kids!) who loves LEGO. This set is a great one for me because it features “real” life jobs that are fascinating, engaging, and fun regardless of which gender-box you pick on the census form.

You can see all photos in my photoset on Flickr.