The Lego Star Wars Homing Spider Droid was released in August 2013 and contains 295 pieces. It retails for $29.99 and is available on Amazon. Below is a brief video review and my remarks regarding the set. 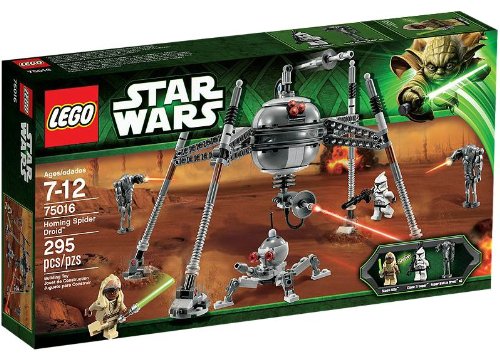 There’s not much to be said about this model and it’s a very straightforward build. There’s only one unique minifigure, Stass Allie, and 3 are generic figures for army-building. The droid itself has flimsy legs as shown in the video and needs to be repositioned each time you pick it up. The head rotates, and that’s the most prominent play feature. Unfortunately there aren’t a lot of interesting parts to make up for its other deficits. Overall, this is a filler in an army of battle droids.