Last weekend, more than a dozen members of the Brickish Association descended on the seaside town of Brighton in the Southern UK for Brighton Modelworld. This is an event for modelbuilding of all kinds, from wooden dollhouses to gasoline-powered mini tanks large enough to seat a person. This was the seventh time that Brickish had a display there and the fifth time that I attended myself. Here are a few of the highlights.

Julie Greig (Jujem71) displayed a collection of minifigs that represent various generations of Doctor Who and their assistants, which were instantly recognizable to many fans of the series. 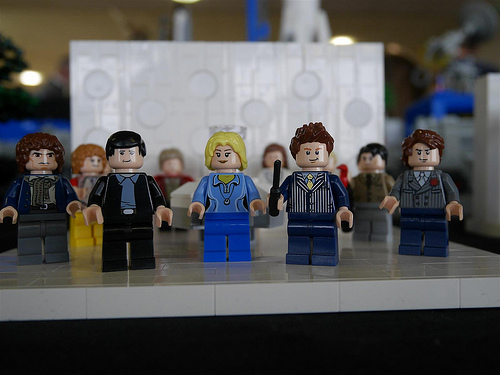 A British TV show that is not nearly as well known outside of the UK as Doctor Who is Stingray. It showed the adventures of a submarine called Stingray, which was home-based at a town/mi;itary base called Marineville. This was built in microscale by Andrew Danieli (kaitain). 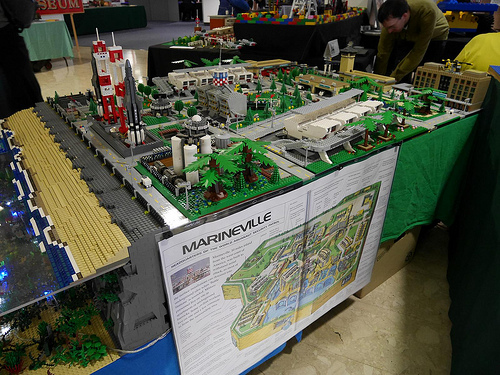 We also had a collection of rockets, including my own. Mine were completely dwarfed, however, by the moon rocket from Tintin built by Ian Greig (Bluemoose) and the space Shuttle Endeavour built by Ed Diment (Lego Monster), Annie Diment (Mrs Monster), Naomi Farr (euphonica) and Stuart Crawshaw (OptimalControl). 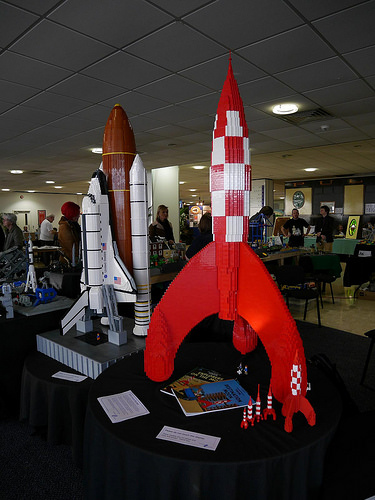 More pictures of these and other LEGO models at the event can be found in the Bricks at brighton flickr group. It was hard not to notice how, for instance, the train displays seem to change very little from year to year. Perhaps the (largely) elderly gentlemen who build them add a new house or a new tree every now and then, but the LEGO display is completely different every year. LEGO is so much more flexible and this makes us very popular with the visitors and the organizers alike. I’m already looking forward to next year’s display.