It’s time for another 1980’s flashback courtesy of Alex Jones (Orion Pax Designs) who returns to the Brothership with the transforming big-rig Optimus Prime. One of the many reasons I admire Alex’s work is because he’s a grinder, willing to rebuild again and again and again to get things just right. While I’ve heard some of the great builders brag how they “threw it together in 2 hours”, it’s nice to hear Alex admit that he’s been working through an idea or a project for months or even years.

“Building transformable versions of the G1 Transformers out of LEGO bricks is one of my strongest passions, and I’m working on this series since the year 2000 – unnumbered versions of Optimus Prime, Soundwave, Blaster, Starscream, etc went over my desk during those years – improving them over and over again until i got their design as close to the original as possible.” 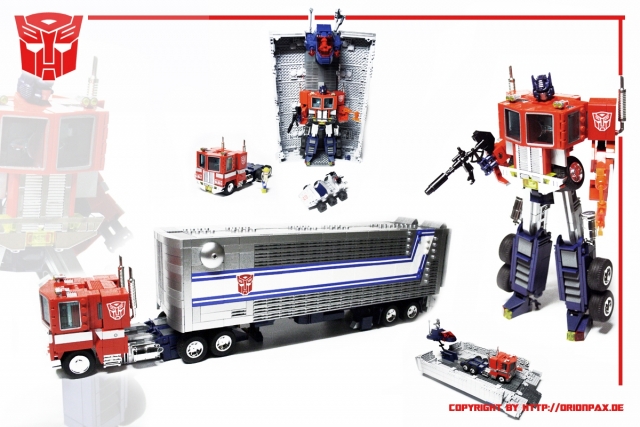 If you’re a stone-cold purist, you may object to the KRE-O headpiece, but I bet you’ll look anyway. Alex also has a short video with some crazy zooming and a neat sequence showing the transformation from truck to robot.