A forest may not be the most appropriate environment for a main battle tank, but the Leopard 2A8cE tank built by Corvin Stichert seems to feel right at home in the woods. The Leopard 2A8 is a fictional development of the real-world German Leopard 2, fitted with new armour and goodies such as IR signature reduction technology and an active protection system. 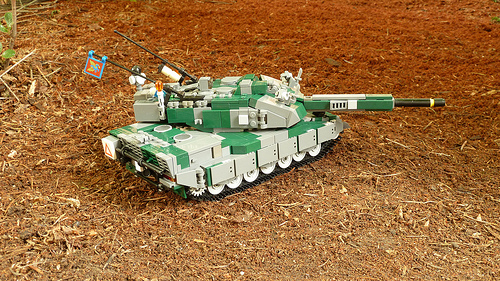 I like that Corvin sticks to technology that isn’t too far-fetched. For instance, active protection systems, intended to intercept incoming projectiles and missiles, have already entered operational service. I also like how, unlike many tanks people build and post, this one isn’t just dark grey.

1 comment on “Rolling through the woods in the Leopard 2A8”