This month I had the honour of selecting the cover photos for The Brothers Brick Twitter and Facebook accounts. Pictures for this need to meet somewhat different criteria than the stuff we usually blog. An attractive picture is much more important than the model itself.

That said, the model was what first attracted me to my choice for Facebook, the ATV-4 “Albert Einstein” by Stefan Schindler (Brainbikerider). I may not be into science-fiction models, but I do like real-world spacecraft. I have previously blogged the commercially developed Dragon, which serves as a resupply vessel for the International Space Station. The ATV-4 is its European counterpart, developed by the European Space Agency. 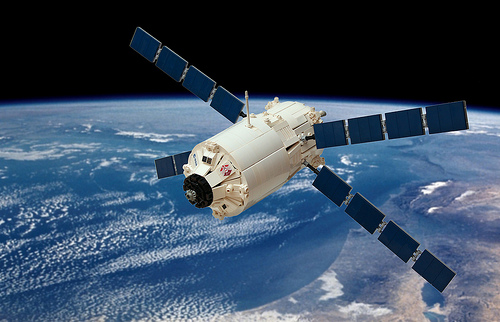 On Twitter, the photo has a lot of superimposed text and a TBB logo in the middle. Therefore, our choice should have a fairly large area in the middle where the text can go without getting lost against the background, and there should be interesting stuff towards the edges of the photograph. A nice picture of a model against a white background, which is fairly normal on this blog, simply does not hack it. By themselves, the models in the winning picture, by ROOK, would not have made TBB. They’re Brand Ribbon Sets built by members of ToroLUG for the Yorkdale Mall Lego Store Grand Opening in Toronto. The way they are arranged and their bright colours against the dark background, however, caught my eye and make it a great cover photo. 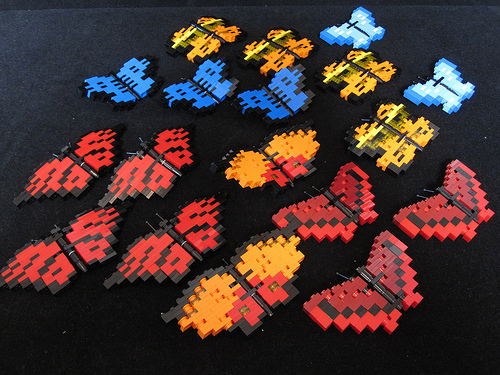 The ones chosen by Dan for June were a hard act to follow, but I think you’ll agree they look pretty. If you’re interested in the possibility of having your photo featured in same manner, upload it to our Flickr group.