Canada’s Adam Dodge (Dodge) brings the famous 1967 Milton Bradley board game Battleship to life with an emphasis on playability and portability. Although I was initially disappointed that the ships don’t look much like ships, I got over it, so perhaps the more critical among you will too. Adam should have considered subcontracting the ship design to Bruce Lowell. I vividly remember a game of Battleship gone wrong in the 5th grade that ended in fisticuffs and those little plastic pegs scattered everywhere. I’m pretty sure I moved my sub late in the game and got caught, although the specifics are hazy at best. 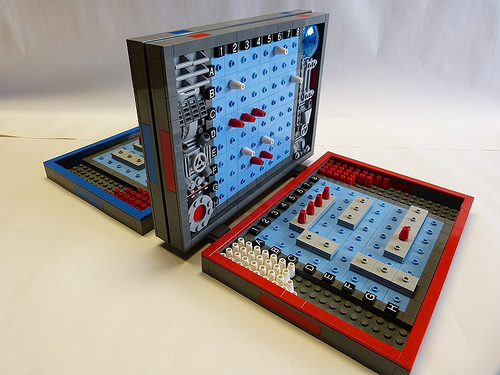 It should also be noted that waaaaay back in June of 2012 Kristi “McWii” (customBRICKS) posted a nice compact version of the popular game. 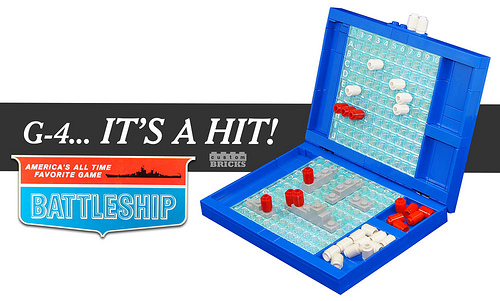