I love it when two builders play off of each other, posting an escalating series of LEGO models, whether part of an semi-official “build-off” or just a casual coincidence of when they both happen to be building in a similar theme or scale.

A week or so ago, Karf Oohlu posted this lovely — and heavily-armed — microscale “landship” dubbed Pugnacious. 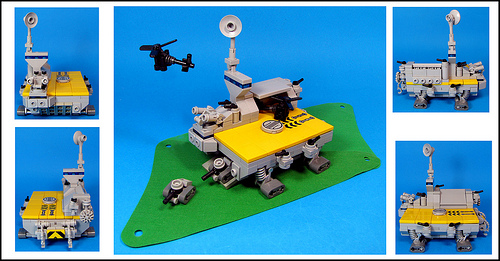 Stijn (Red Spacecat) responded today with a formidable force of his own, led by the massive U557-Warthog hovership. I say “massive” not because the model itself is huge — it can’t be more than six or eight inches long — but because all the detail and the accompanying smaller vehicles leave you with an impression of immensity. 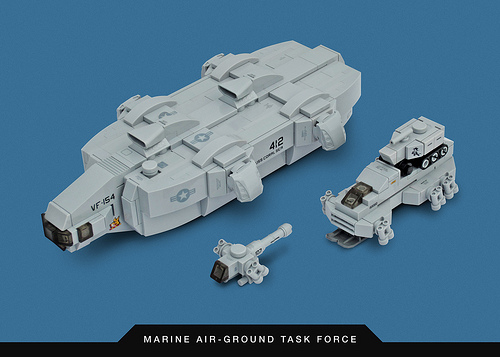 Perhaps this might have been best saved for Keith’s next “Friday Night Fight,” but I have to ask: Who would win?

5 comments on “The Marine Air-Ground Task Force, on station over the landship Pugnacious”